So long, and thanks for all the planetary science 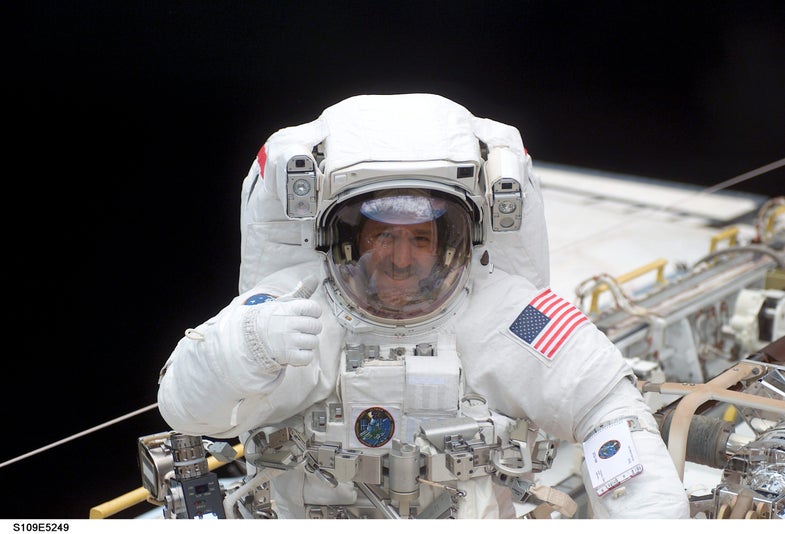 John Grunsfeld has announced he’ll be retiring from NASA at the end of April. Grunsfeld is a former astronaut who has performed eight spacewalks, including the final mission to fix the Hubble Space Telescope in 2009. He retired that same year, but came back to NASA in 2012.

Though he hasn’t performed any spacewalks lately, he’s been operating as NASA’s “Associate Administrator of NASA’s Science Mission Directorate”. That may not sound like the most exciting job title ever, but Grunsfeld has helped to oversee several important missions–including the New Horizons flyby of Pluto and Curiosity’s landing on Mars.

He’s also been an avid supporter of the James Webb Space Telescope, and has helped to set in motion a mission to bring home a sample from an asteroid and to look for signs of life on Jupiter’s moon Europa.