A Sensor For Bionic DIY Projects 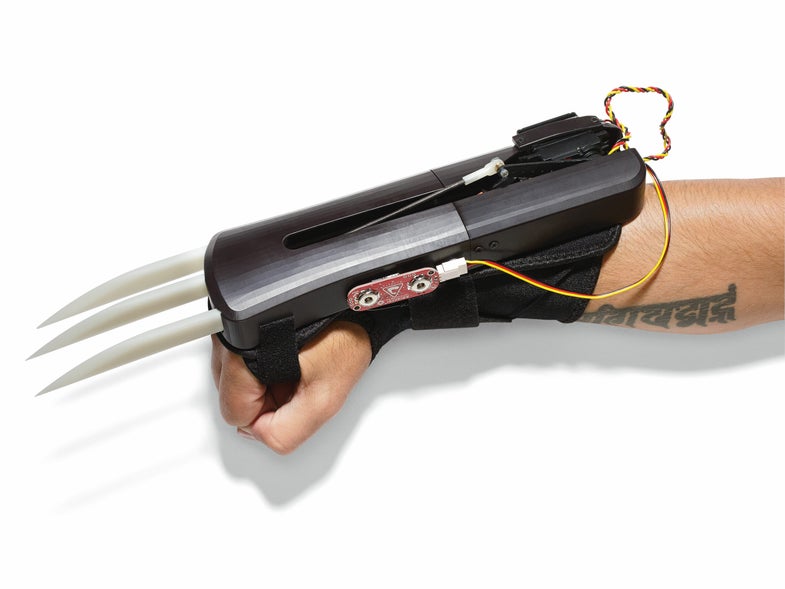 In 2006, undergraduate Brian Kaminski was building his senior design project: a glove to help stroke victims regain hand function. He needed a sensor to detect the electrical impulses sent to muscles, but he couldn’t find one for less than $1,000. Kaminski dropped the glove project, but the idea of a cheap muscle sensor stuck with him. Five years later, he created one. “I decided to hand-solder a few circuit boards and put them up for sale, thinking I would get only a few orders a month,” Kaminski says. He was soon scrambling to keep up with demand.

The current version of Kaminski’s device, called MyoWare, reads the electric potential in a muscle through electrodes stuck to the skin. Based on how hard the muscle is flexing, the sensor increases the signal sent to a microcontroller chip, which can trigger an action. To demonstrate, Kaminski built Wolverine claws that shoot out when he flexes his arms. MyoWare is available through the website for his company, Advancer Technologies.

This article originally appeared in the October 2015 issue of Popular Science, under the title, “Flex Your Maker Muscles.”