First Trailer For ‘Hidden Figures’: The Unsung Heroines Of NASA 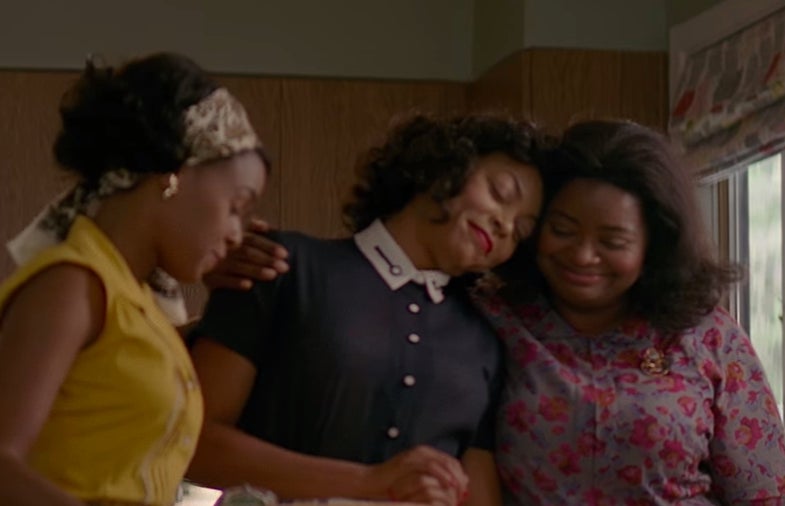 In the midst of coverage of the women’s vault finals at the Olympic Games in Rio De Janeiro, last night NBC aired the first trailer for Hidden Figures, a film that will be in theaters January 13, 2017.

The story chronicles the work of the ‘human computers,’ black women who did critical work for NASA during the early days of the space race, calculating flight trajectories for the earliest crewed spaceflight in America.

The women’s success has been unheralded and overlooked until recently. Katherine G. Johnson (played by Taraji P. Henson in the movie) had a NASA building named after her earlier this year, but recognition has been a long time coming. Looking at the trailer, it looks like the film will show some of the immense challenges that these mathematicians faced, as women during the notoriously sexist sixties, and as black people during the civil rights movement.

In a world that, a half century later, has improved but still remains unequal, the trailer reminds us that “We all get there together, or we don’t get there at all.”