First Female Commander Of A Space Shuttle To Speak At RNC 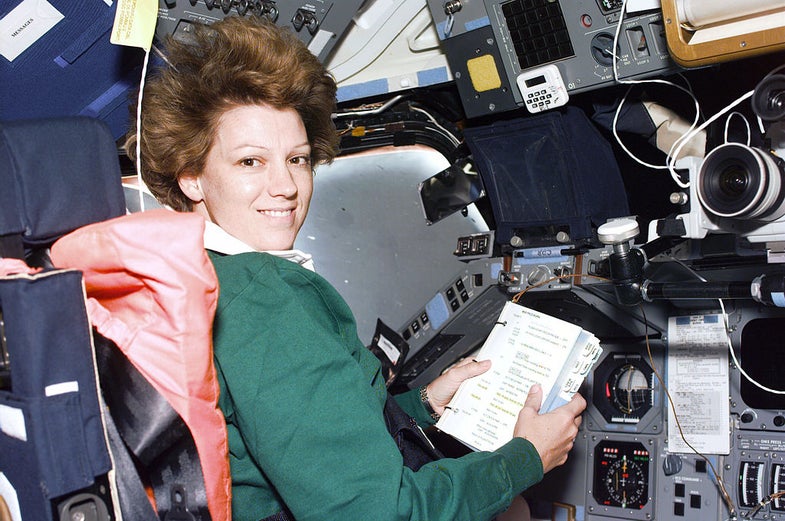 Former astronaut Eileen Collins is set to speak at the Republican National Convention tonight, in a major WTF move for other members of the scientific community.

“This is a chance I could not pass up: we can raise awareness of how the U.S. human space program has slowed over the years,” Collins told Mashable. “My message is meant to NOT be political.”

As an accomplished pilot and the first female commander of a Space Shuttle, Collins holds a spot in the National Women’s Hall of Fame and the U.S. Astronaut Hall of Fame. She’ll speak to a crowd that’s most likely skeptical at best of NASA’s place in making America “great again.” Trump’s stance on NASA funding is unclear, but he does have a history of addressing a 10-year-old’s inquiry about his opinions: “Right now, we have bigger problems — you understand that? We’ve got to fix our potholes,” Trump said at an event. “You know, we don’t exactly have a lot of money.”

Clayton Anderson, a fellow retired astronaut and author of “The Ordinary Spaceman,” told BuzzFeed that those familiar with Collins, “know she will make a very powerful, uplifting argument for space exploration.”

Collins could still pull a Third Eye Blind. The group recently blasted a RNC crowd on gay rights, played none of their hits and were booed by the audience. Perhaps she’ll use her exposure in the canned light of the RNC to take one for Team Science.