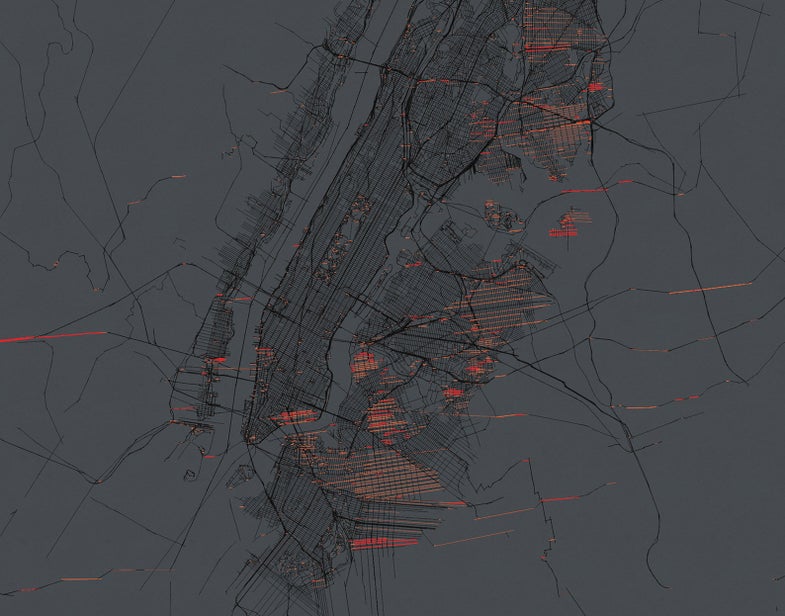 Astrophysicist Neil deGrasse Tyson popularized the phenomenon of Manhattanhenge a decade ago, and now many New Yorkers stand in Manhattan’s cross streets twice a year to watch the sun set through the skyscraper canyons. But Manhattanhenge isn’t limited to the dominant grid of Midtown. Streets that lie at other angles also align with the setting sun, just on different days of the year—a point Andrew Hill makes with his interactive Web program NYCHenge. By adjusting a slider, users can see which streets are lit by the sunset on any day of the year. For example, in early October, the sun’s waning rays stream down the streets of Brooklyn and Queens, to the right, rather than Manhattan.