Fewer Than Average Hurricanes Are Predicted For This Season

But don't celebrate yet 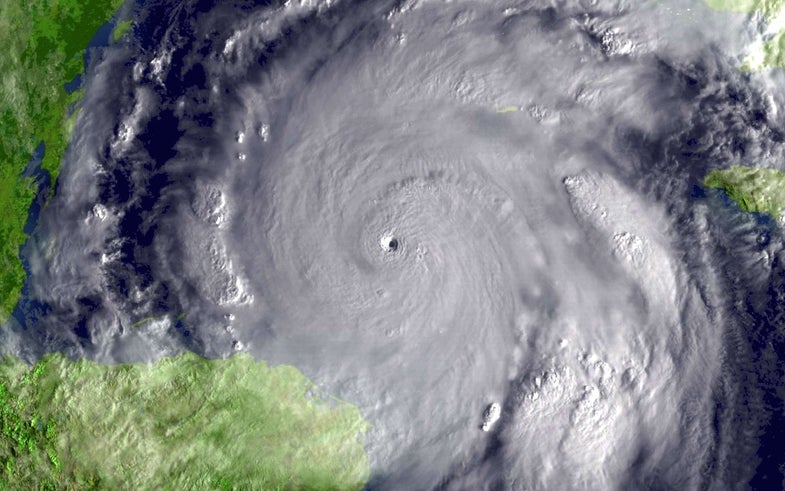 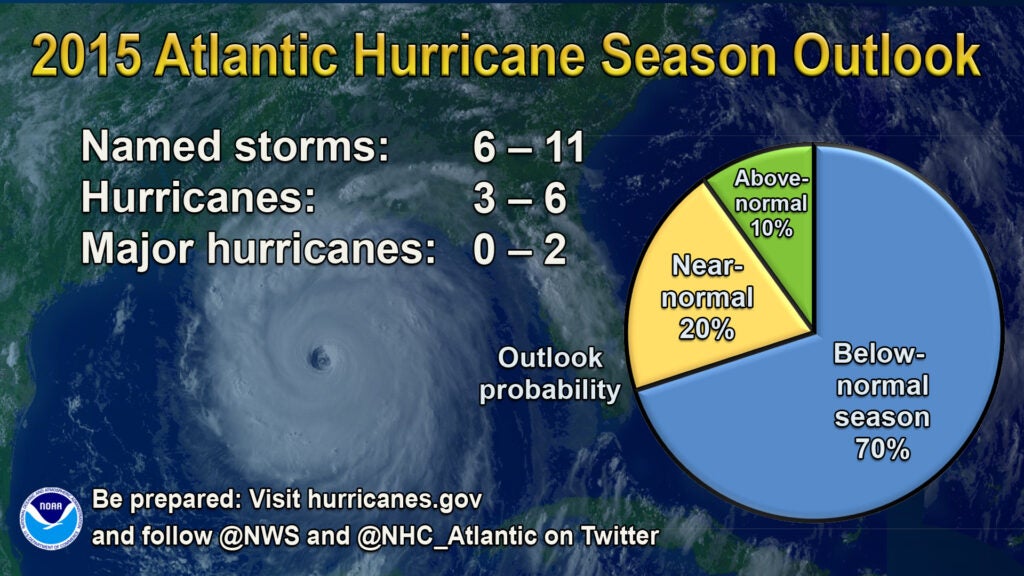 A major hurricane hasn’t made landfall in the United States in nine years, and early forecasts of the 2015 season show that there won’t be many hurricanes rushing towards the finish lines of the Atlantic or Gulf coasts to break the streak.

At a press conference in New Orleans, a city forever linked to the disastrous Hurricane Katrina, NOAA Administrator Kathryn Sullivan announced the below-normal forecast, which predicts just six to 11 named storms this season. Subtropical storm Ana was the first named storm this year, arriving on the South Carolina coast weeks before the official start of hurricane season, which begins June 1.

The low number of storms this season is mostly due to two factors: El Niño and normal sea surface temperatures in the Atlantic. “The main factor expected to suppress the hurricane season this year is El Niño, which is already affecting wind and pressure patterns, and is forecast to last through the hurricane season,” explained Gerry Bell, NOAA’s lead seasonal hurricane forecaster. “El Niño may also intensify as the season progresses, and is expected to have its greatest influence during the peak months of the season. We also expect sea surface temperatures in the tropical Atlantic to be close to normal, whereas warmer waters would have supported storm development.”

El Niño, a weather pattern that shows up every few years, arrived in March with warm sea surface temperatures in the Pacific near the equator. With El Niño there’s good news and bad news. While its wind patterns are probably going to suppress the formation of hurricanes in the Atlantic, NOAA forecasters are predicting that El Niño will lead a larger than normal number of hurricanes in the Central Pacific, near Hawaii.

Despite the relatively sunny news for the Atlantic, Sullivan and FEMA Deputy Administrator Joseph Nimmich warned repeatedly that it only takes one storm making landfall to cause serious problems. Nimmich in particular emphasized that it’s the duty of anyone living in an area where a hurricane might strike to be prepared with an evacuation plan and enough food, water, and medicine to last for at least 72 hours.

So do as Scar says, everybody. Be prepared.