Is Fender Tune the best app? 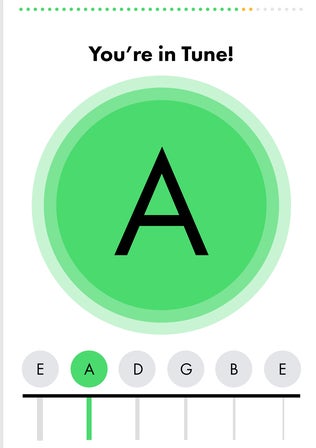 Fender is a legendary name in the guitar business, but will it be able to recreate the magic with a digital subsidiary? That question may be answered by its first app, Fender Tune.

Fender released the guitar tuning app this week, which has dozens of options for custom tuning and enough sensitivity to tell when it’s being impacted by background noise. It’s not a new app in the space, but newbies and experts alike are more likely to gravitate toward a brand name app than a third party one–especially if it’s free.

We’re not sure what else fender could be cooking up–loop pedals for the iPad? A Garage band challenger? There are seemingly endless possibilities for a music company that wants to push into new territory. But like a teenager with her first guitar, only time and patience will tell if they’re destined for greatness.