The Felton Annual Report: A Year’s Worth Of Communication In One Chart For nearly a decade, Nicholas Felton has been observing himself and using the information he collects to create a mock corporate annual report. In 2013, he tried to record and render all of his communication. Some channels, like text messages, were easy to track. Others, like phone calls or in-person conversations, required him to write down the length, topics, and participants of every encounter—a huge task. Here, each dot is one of the 1,000 people Felton talked with most. The lines represent the fraction of their conversations that occurred in one medium or another, creating a natural hierarchy. Colleagues appear near the email node, while close friends gravitate to the text-message node (labeled SMS here). Halfway between in-person conversation and email—near telephone but far from text messages—is his mother, Carol. 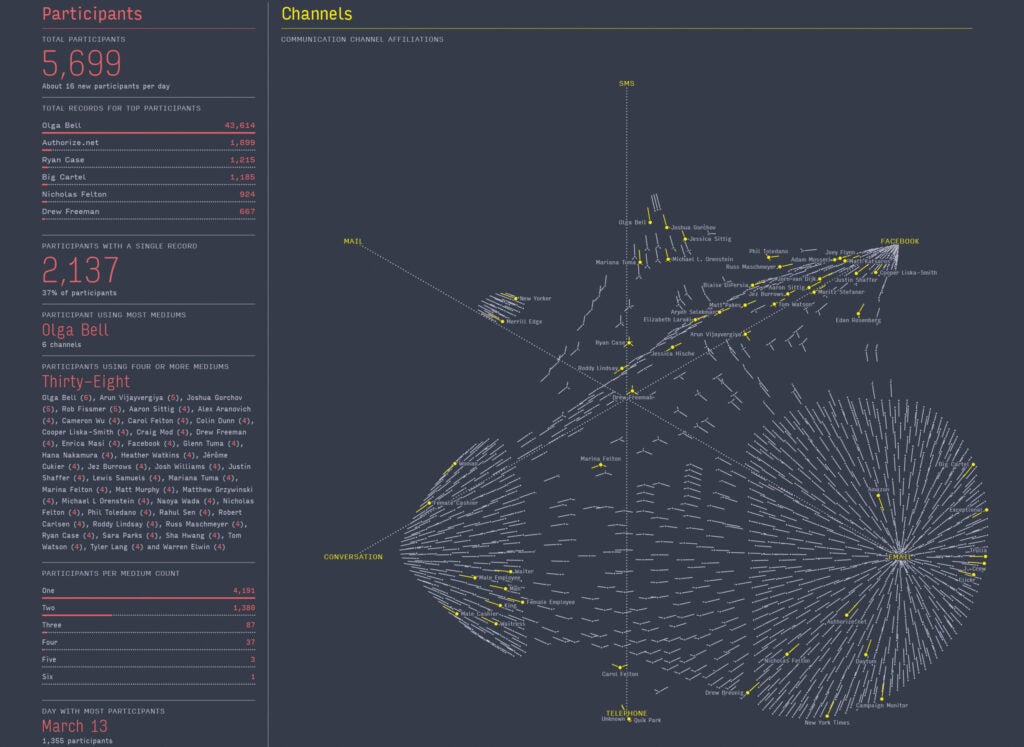