Why you should never ever feed bread to a duck

Enough with this quackery 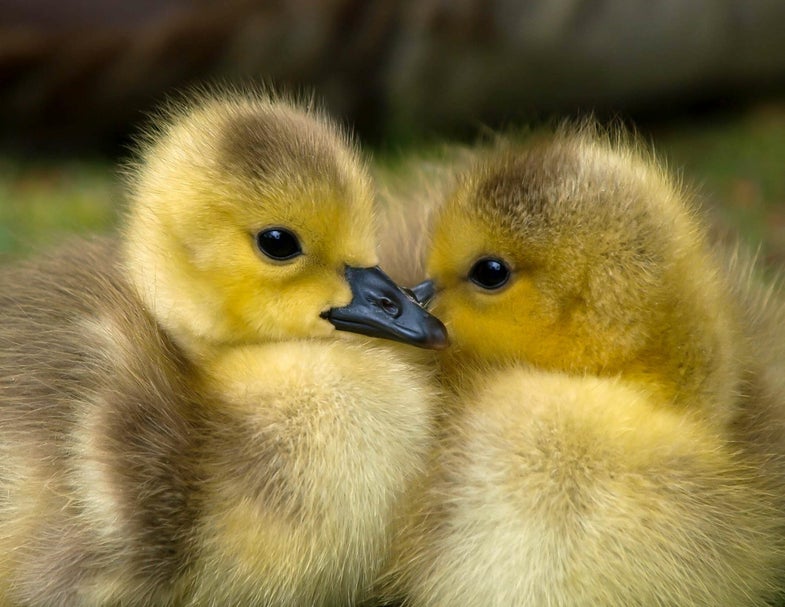 Are you on the internet right now? If so, perhaps you’ve encountered this meme:

For many of us, this comes as a shocking revelation. Ducks and bread? Name a more iconic duo. But unfortunately, this meme speaks the truth: You really, really shouldn’t feed ducks bread.

But bread is delicious!

Yes. True. And ducks don’t disagree. But just like humans, waterfowl are often happy to chow down on food that’s less than nutritious.

“White bread in particular has no real nutritional value, so while birds may find it tasty, the danger is that they will fill up on it instead of other foods that could be more beneficial to them,” a spokeswoman for the Royal Society for the Protection of Birds told The Guardian in 2015. That year, a survey by the Canal and River Trust found that around 6 million loaves of bread were tossed to English and Welsh birds annually. Their latest data shows a drop to about 3.5 million loaves of bread per year, which isn’t a terrible start.

“Feeding birds is something that people have done for generations and we definitely don’t want to discourage that,” Richard Bennett, an environment manager at the Canal and River Trust, told the BBC at the time. “But we have to think about how we do it.”

How bad can it be?

For starters, bread is essentially just junk food. It fills birds up, but it doesn’t carry much nutritional value. That means pretty much the same thing it means for humans: baby birds are more likely to end up malnourished, without the plant nutrients they need to grow properly. A high-calorie, low-nutrient diet can cause waterfowl to develop a condition known as “angel wing”, an incurable wing deformity that usually renders birds flightless. It’s sad as heck, y’all. And then there’s the fact that the constant availability of human-supplied junk food keeps ducklings from learning how to forage healthy food for themselves. Meanwhile, grown-up birds who gorge on carbs are more likely to get fat and sick.

So yeah, we’re basically raising ducks to live on a never-ending candy buffet. That abundance of food, bad as it may be, can cause populations to surge—which means that even if ducks are smart enough to keep eating healthy food amidst the deluge of bread, they’ll have less of it to go around.

Even the bread that birds don’t eat is bad for them: Rotting bread can grow mold that makes ducks sick, contribute to the growth of algae—which can kill loads of animals—and attract vermin that spread disease to birds and humans alike.

So can I feed ducks at all?

Fear not! There are plenty of leftovers that you can feed to the duckies. The Canal River Trust undertook a delightful duck taste test on different kinds of lettuces and greens. Apparently ducks are big into the whole kale trend, but not even swans want anything to do with watercress. Knowledge is power!

Other safe options include corn (canned, frozen, or fresh), peas (same deal), seeds, oats, and rice (don’t worry, it won’t make their stomachs explode). A rather exhaustive list of potential duck foods put together by bird enthusiasts suggests that, aside from breads and obvious junk foods, the only things to avoid at all costs are avocados, onions, citrus, nuts, chocolate, popcorn, carbonated beverages (what), and alcohol (WHAT). So while you probably shouldn’t dump a container of leftovers into your local duck pond, there are plenty of foods you can pass along to your waterfowl friends once they’ve lost their luster.

WTF do I do with all this stale bread?

The Canal and River Trusts suggests making some bread pudding. We heartily agree.