A quiet case over loud devices 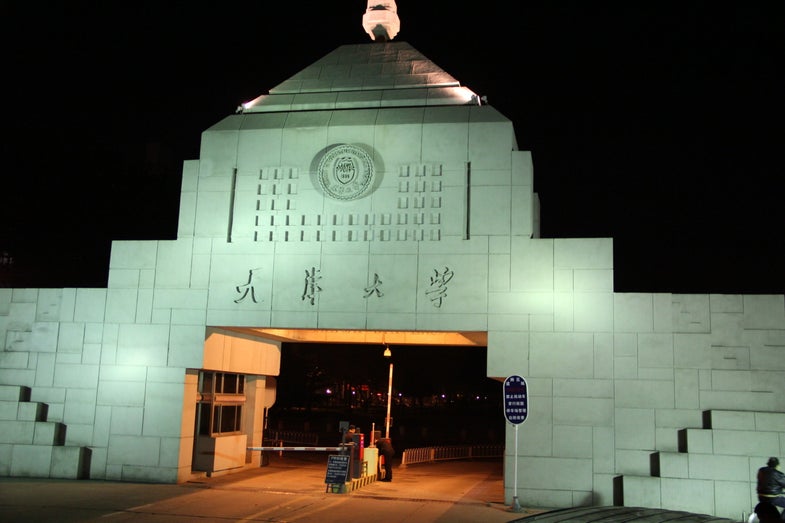 On Saturday, the United States arrested Hao Zhang, a professor at China’s Tianjin University, as he landed in Los Angeles. The charges brought against him, detailed in an indictment filed April 1st in the District Court, are a curious mishmash of corporate espionage, all committed against U.S. defense research. According to the case brought by the federal government, Zhang was one of six people who conspired to steal the trade secrets behind several acoustic devices and replicate them in China.

The indictment alleges that the thefts occurred during the past decade from two companies. Hao Zhang worked at Avago Technologies, while Wei Pang, another professor included in the indictment, worked for Skyworks. Here is how the indictment describes the acoustic technologies that the pair allegedly stole:

According to the indictment, Zhang and Pao, together with collaborators, were filing patents for these technologies in China, and their patent applications often emphasized making China “the leading country in the commercial [radio frequency] industry.” Radio frequency isn’t the most dramatic of military technologies–its no stealth plane or super fast submarine–but its in everything, from tags that track missing uniforms to how aircraft, including unmanned aircraft, still communicate with each other and ground control.

Zhang and others had access to other sensitive technology as well. In a 2006 paper, Zhang wrote about about how different materials work in high tone bulk acoustic resonators; that research was done with funding from DARPA. Why DARPA? It turns out HBARs can also be used to improve military radar.

The indictment also cites a joke in one of the emails Pang sent Zhang in a fascinating lack of subtlety. The joke reads:

That joke, at least, should be a crime. Read the indictment here.