Growing up in 1960s Alabama 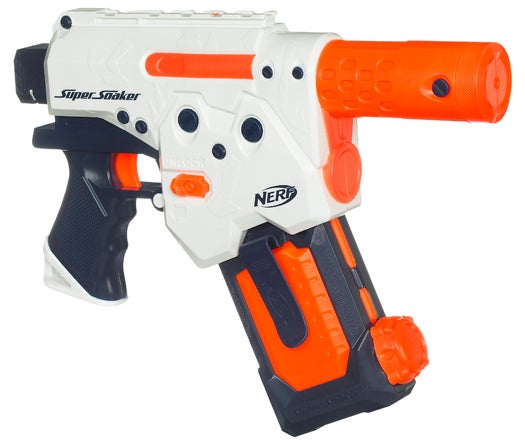 Stop wasting precious seconds pumping the air tank on your Supersoaker. Nerf's new compact water blaster is the first to have a battery-powered motorized pump, so you can soak your "friends" without ever having to stop to reload. $15 (available Spring 2011). Hasbro
SHARE

The father of the super soaker fought more than water gun battles in his successful engineering career. Lonnie Johnson grew up in Mobile as integration began to sweep Alabama.

According to BBC, the young engineering star built street-illegal cars in his garage, a robot for the science fair, and went to work as a nuclear engineer after graduating from Tuskegee University. He worked for the Air Force and NASA before eventually milling the prototype for the first super soaker in his basement for his kids to play with.

That design took toymaker Laramie out of the dregs of the knock-off market, before it eventually became part of the Hasbro empire as a Nerf product.