The Fastest 3D Printer Ever 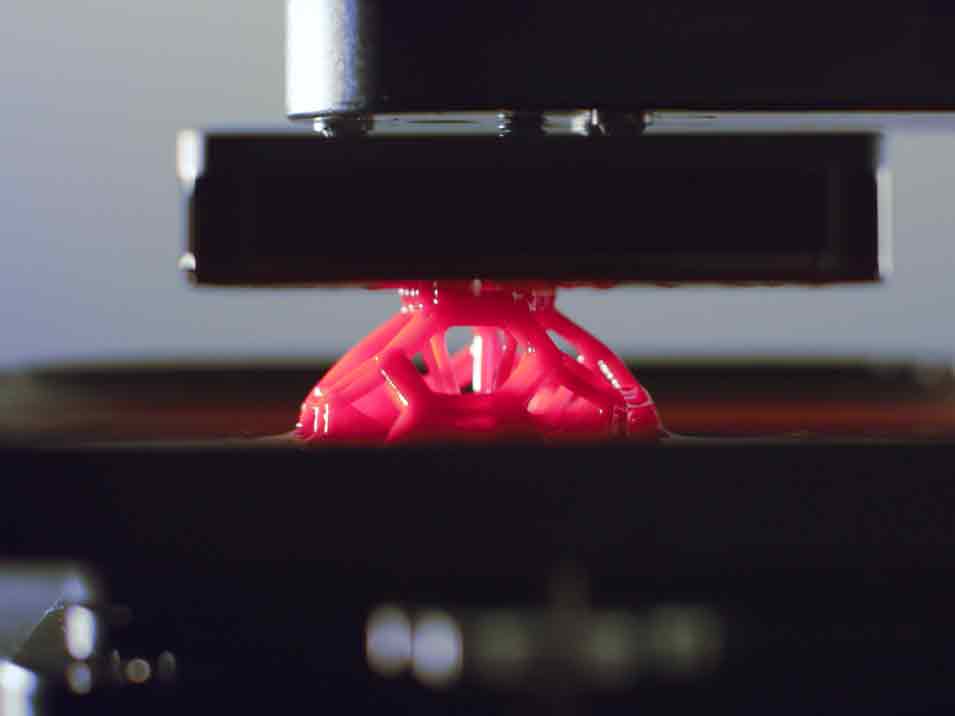 During a TedTalk in March 2015, Joseph DeSimone quietly revolutionized 3D printing. With little fanfare, he printed a palm-size geodesic sphere, a task that normally takes hours, in a little over six minutes.

A serial entrepreneur, DeSimone had devised his rapid 3D-printing method with help from his former postdoc Alex Ermoshkin. Instead of using conventional techniques, they drew inspiration from the liquid-metal T-1000 assassin in Terminator 2.

Like the fictional robot, their M1 printer “grows” solid objects out of liquid—by applying ultraviolet light and oxygen to resin in a technique called Continuous Liquid Interface Production, or CLIP. “We’re using light as a very delicate chisel that can make complex, amazing things,” DeSimone says.

The result is 25 to 100 times faster than conventional printing. It also works with more materials, including the entire polymer family, and at a higher resolution than competitors, which build objects in layers—making CLIP ideal for custom commercial manufacturing. Now Carbon, the company DeSimone co-founded with chemist Ed Samulski, is partnering with BMW, Johnson & Johnson, and others to do just that.