Personal security isn’t a concern merely for crazies grooming the sod over their backyard fallout shelters. In Orange Alert America, nasty images of what might happen are relevant, universal worries. So Popular Science challenged the Core77 online industrial-design community (core77.com) to imagine the future of personal security. What kinds of devices could protect us and our worldly possessions? We received 120 entries; in the end, these three concepts stood out because they address real fears in a practical way.

Recent history has taught us harsh lessons about the repercussions of using spotty radio-frequency signals to steer firefighters through a burning building. The Fire Search and Rescue Accountability System (FISAR) monitors the exact location and condition of a squadron from outside the building. When a fire is reported, the Communicator–a tabletlike device held by the fire chief–automatically loads architectural drawings, noting possible areas of structural weakness. Inside, each firefighter wears a hands-free Bluetooth headset with jawbone-conduction technology (which instantly transmits a person’s voice when it senses vibration), a Bluetooth-enabled heart rate monitor wristband and a wireless receiver/transmitter called a Pass. The Pass collects biometric and communications data and, using Ultra Wideband, sends the vitals to the Communicator’s 3-D map.

Reality Checker David Quinn, chief administrative officer, Fireman’s Association of the State of New York:
“This system takes a step forward from current tech, which emits an audible signal when a firefighter stops moving. Love the heart monitor–structural firefighting is one of the most strenuous things you can do, and many firefighters die of heart attacks.”

Bicycles don’t have plates or VINs or security that can’t be overridden by well-sharpened cutlery. As a result, about 5.5 million bikes are stolen from America’s 120 million bike owners every year. The Cy-Jack, however, would make it possible for police to track and recover any “jacked” two-wheeler in minutes. How it works: A pedal-powered generator in the
seat tube continuously charges a tiny radio-frequency transceiver built into the frame. When a Cy-Jack unit is purchased, it is assigned a unique personal identification code that is entered into a National Bike Registry database. If the bike is stolen, the customer notifies police, whose computers send radio signals from local towers. The Cy-Jack then emits a uniquely coded homing signal back to a receiver in the cop car so that police can bust the perps.

Reality Checker Tom Ritchey, president of performance-bike components manufacturer Ritchey Design:
“This designer is on the right track, but anyone could carve the transceiver out and steal the rest of the bike. It’s not uncommon that a frame is worth about $25 and the components cost $500. Also, there are a lot of design differences in frames, and different frames provide different design limitations.”

The O2 gives you an extra hour of breathing time when you’re trapped in a smoke-filled room. To use: Remove the chapstick-size capsule from your key ring, separate its two halves, and, well, jam one up each nostril. One side contains enough compressed oxygen for an hour of normal breathing, while the other acts as a directional nose plug. A one-way valve in the oxygen side remains closed until you breathe in, releasing only as much gas as you inhale, maximizing the air supply. The other half also has a regulator, but it opens upon exhaling, to keep noxious fumes out. An added bonus: The oxygen cartridge is replaceable, should you live through the first use.

Reality Checker Wayne Mitzner, Bloomberg School of Public Health:
“In an hour, a resting human will take in roughly 100 liters of oxygen. Gas is compressible, but to compress 100 liters into something that fits in one’s nose would require well over 1,000 atmospheres of pressure. That seems very difficult and most likely very dangerous.” 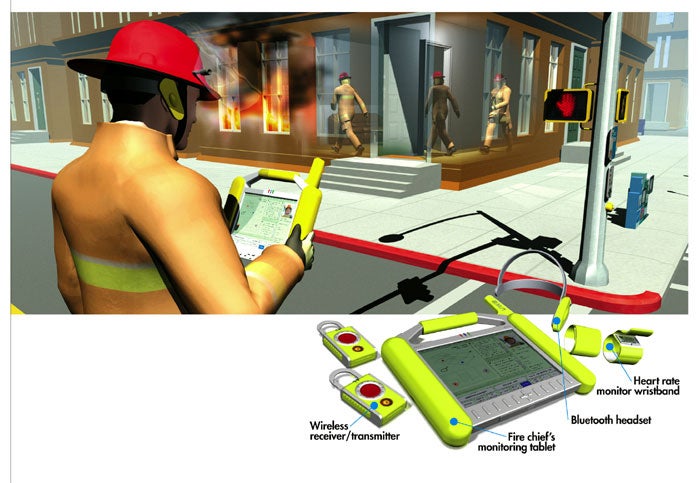 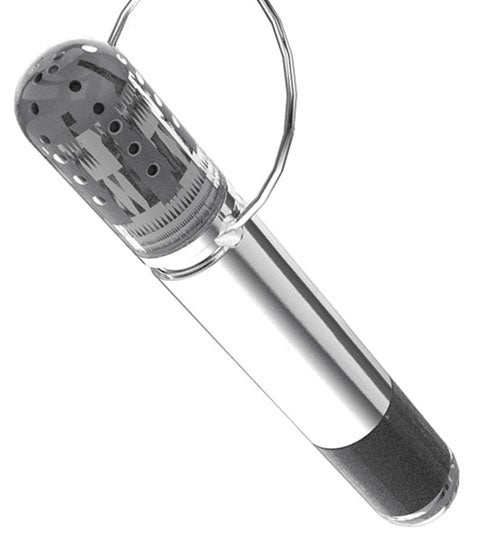 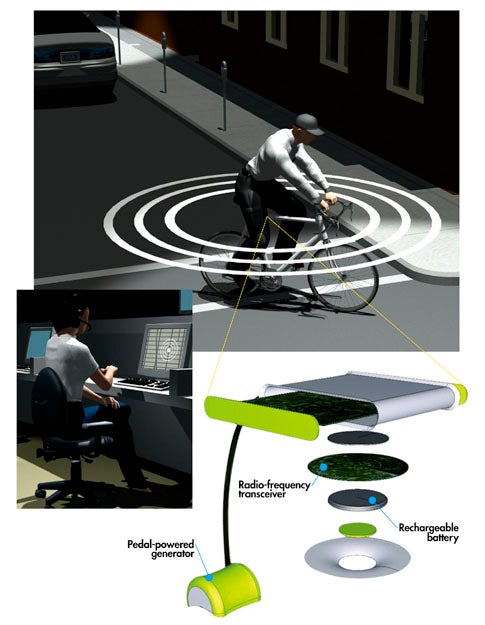