Save videos for later, watch while you message, and more! 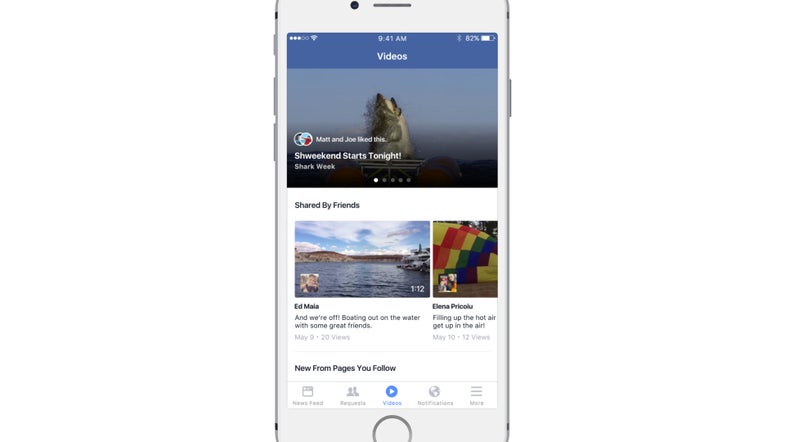 Facebook is continuing their push to make video a central part of the platform. Back in August, the company announced that public figures could share live video with fans and last month, it integrated 360-degree video.

VP of Product Management Will Cathcart announced today that Facebook has been testing several new video features for iPhones, including the ability to watch a Facebook video while scrolling through your newsfeed or messaging a friend, the option to save videos to watch later, and suggestions of additional videos to watch based on your viewing history.

The social network is also trying out a video-exclusive platform, which, according to the release, will include videos that Facebook users saved for later, and ones from friends, pages they follow, or other video publishers on Facebook. For now only “a small number of people” have access to the feature (it hasn’t been announced who those users are yet), but if you’re one of them, it can be accessed by tapping the “Videos” icon at the bottom of the Facebook iPhone app or in the left-hand menu under the “Favorites” section on the web.

Publishers will also find new tools are being tested for their benefit. Facebook is testing a “video matching technology” like that of YouTube’s Content ID, which would ensure that a video’s creator gets credit and potential monetization if their video was re-uploaded by another user. Facebook also made updates to Page Insights and better control and customization in the video uploading tool.

“The last few years have been exciting for video,” writes Cathcart in the release, “and we look forward to seeing more people discover the videos that matter to them on Facebook.”