Facebook Will Beam Internet From Satellites To Africa In 2016 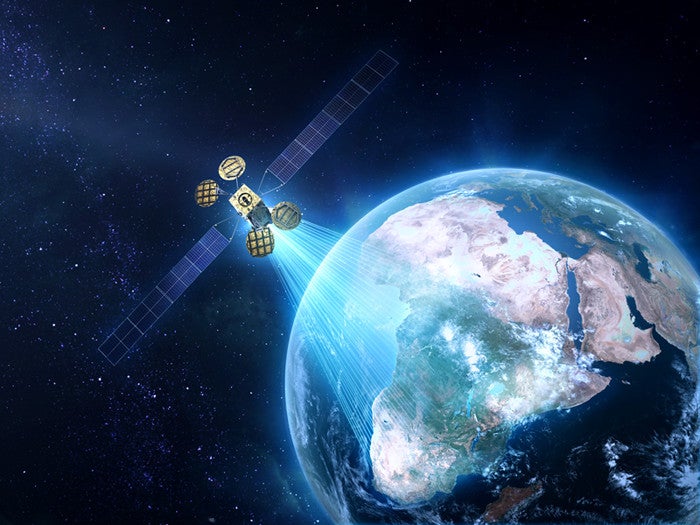 Until now, Facebook’s mission to beam internet connectivity to the world through its Internet.org philanthropic organization has been largely limited to piggy-backing on existing wireless networks on the ground. Sure, Facebook has tested Aquila, its experimental laser internet drone. But a huge announcement today by Facebook CEO Mark Zuckerberg marks the first real piece of hardware that will bring internet to previously unconnected regions: a new satellite. That’s right, Facebook is going to space.

In partnership with EutelSat, a satellite company with a current fleet of 39 machines orbiting our planet, Zuckerberg says Facebook will work to bring broadband internet to large swaths of sub-Saharan Africa by 2016.

The two companies will be using new hardware from Spacecom, specifically the AMOS-6 satellite, which is still under construction at the moment. When completed and launched (planned for 2016), the AMOS-6 will be able to transmit 36 high-throughput beams ranging from 26.5 to 40 GHz (Ka band) to Africa, and three 12-18 GHz (Ku band) beams to the Middle East and Europe.

As Zuckerberg writes: “to connect people living in remote regions, traditional connectivity infrastructure is often difficult and inefficient, so we need to invent new technologies.”

However, the Spacecom website lists the satellite as launching over sub-Saharan Africa in Q4 of 2015, although the Facebook and EutelSat will use “the entire broadband payload” of the satellite. (We’ve reached out to Spacecom and will update when they get back to us.)

EutelSat already covers parts of Sub-Saharan Africa with lower-output Ku band satellites, but the partnership with Facebook will allow them to “step up” their involvement in the area. They already have three additional launches planned for 2016, which will put geostationary satellites over Brazil and Latin America.

Partnering with established satellite providers is a smart initial step for Facebook and Internet.org in their quest to expand online connectivity, if only because existent telecom satellite technology has been more time-tested than the whole “laser internet” drone idea. But the effort is undoubtedly ambitious, and, once again highlights the fact that Facebook has quickly evolved far beyond its social networking origins. After all, getting more people online means more potential users of Facebook’s main website, and other consumer-facing products (Messenger, Instagram, WhatsApp, and Oculus).