Facebook’s New Reactions Are Coming To The U.S. ‘In The Next Few Weeks’ 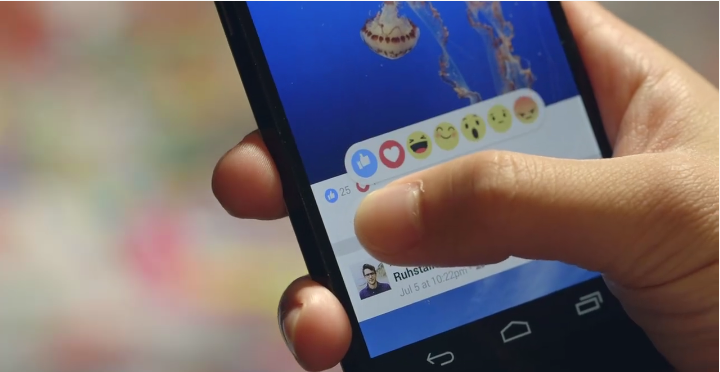 Instead, Cox announced the company was testing a new feature called “Reactions”, an expansion of the “Like” button that allows users to post six new animated emoji-like faces where the Like button is today, expressing other emotions, including finally “Sad” and “Angry.”

Reactions were originally only being tested in only Ireland and Spain, but as of writing this four other countries are now also testing them, including Japan, which got the feature on January 13th.

In a lengthy new article on the feature by Bloomberg, Cox said that Reactions will be coming to the U.S. (and the rest of the world) “in a few weeks,” but wouldn’t give an exact date. “We roll things out very carefully,” he told Bloomberg. “And that comes from a lot of lessons learned.”

Cox did, however, discuss how and when the new feature was being used. According to him, Reactions were most used after the terrorist attacks in Paris and he said “It just felt different to use Facebook that day.”

The ultimate goal, as Bloomberg wrote, is to create “a universal vocabulary that lets people express emotion as they scroll through their feed.”