A Human Face Transplant, Saturn’s Beautiful Moons, And Other Amazing Images Of The Week

Including a 1,111-carat diamond 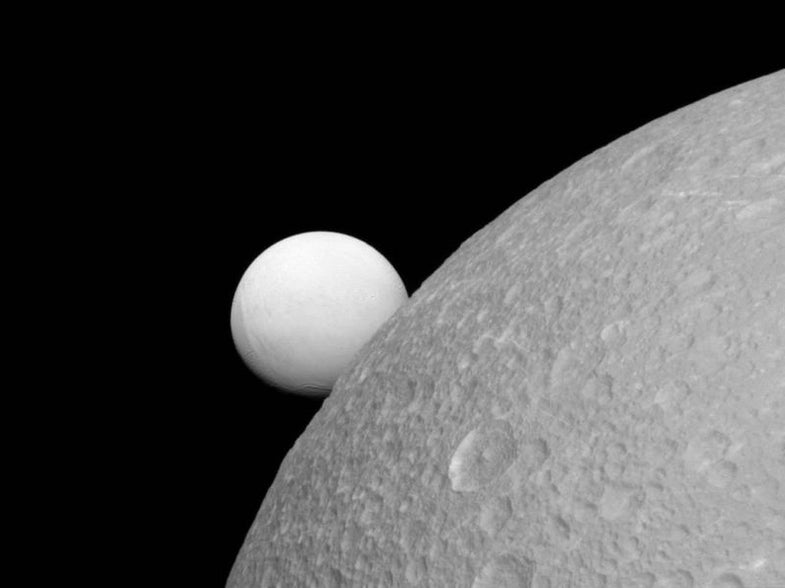 The Cassini probe circling Saturn just snapped this gorgeous shot two of Saturn's moons: Enceladus (background) and Dione (foreground). Enceladus is half as large as Dione, but has enormous underwater oceans and ice volcanoes that make it a target for finding life in our solar system. Dione is much like our moon, a dusty planet covered in impact craters. NASA
SHARE 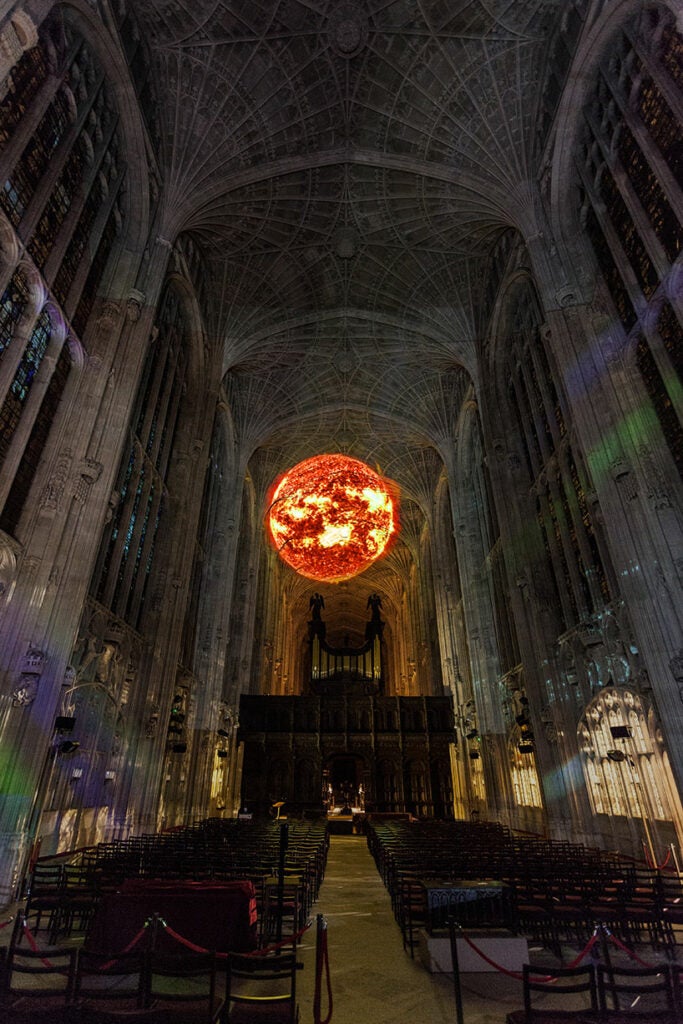 Using light projections, artist Miguel Chevalier was able to create multiple universes right in King’s College Chapel in the University of Cambridge, England. The installation gave new life to the 16th-century gothic structure. Chevalier created multiple light projections to illustrate the various disciplines that are taught at the university, including biology, physics, and neuroscience. 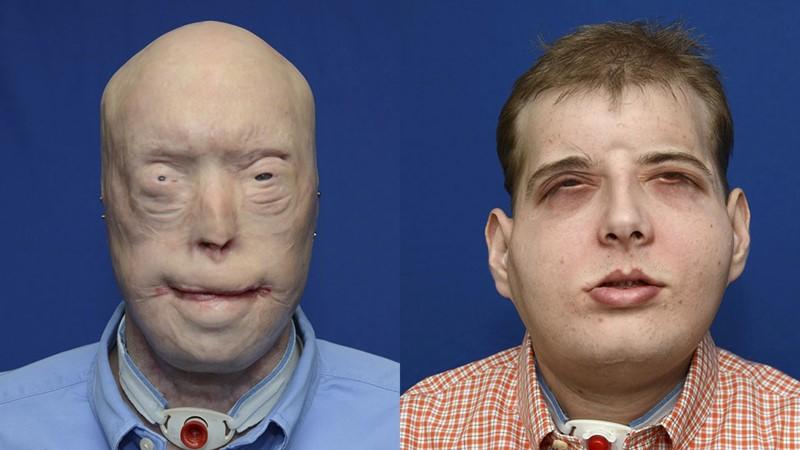 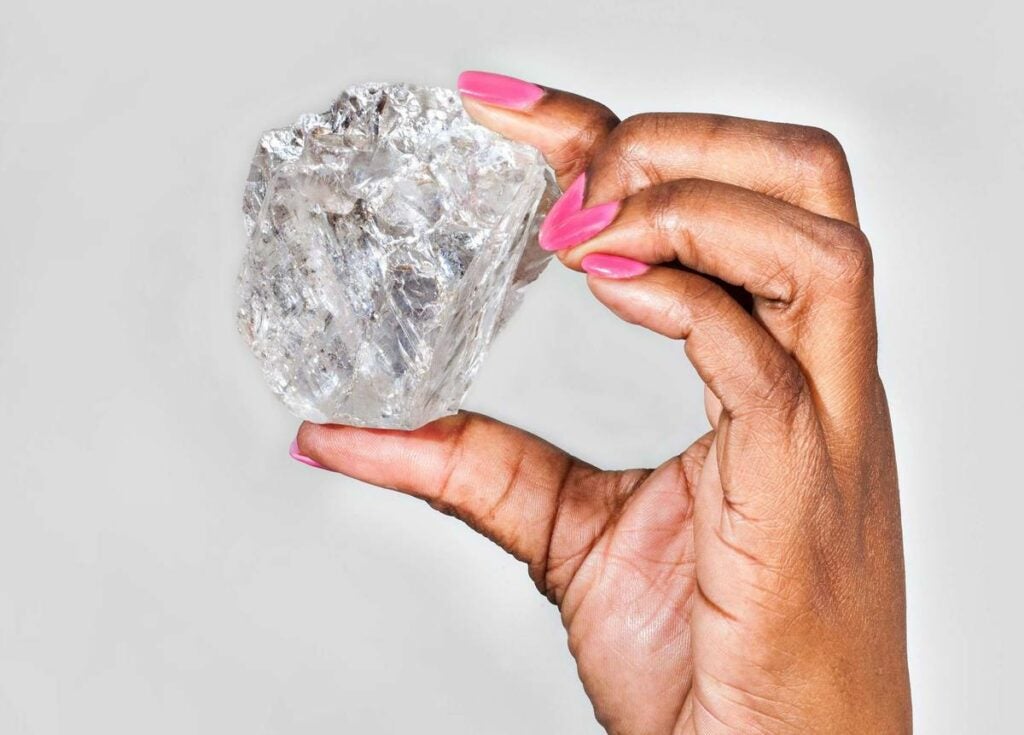 Lucara Diamond Corp., a Canadian diamond mining company, hit the jackpot when it found a 1,111 carat diamond this week. Just smaller than a tennis ball, the rock was unearthed in the Karowe mine in Botswana. This was the largest diamond found in the last century. 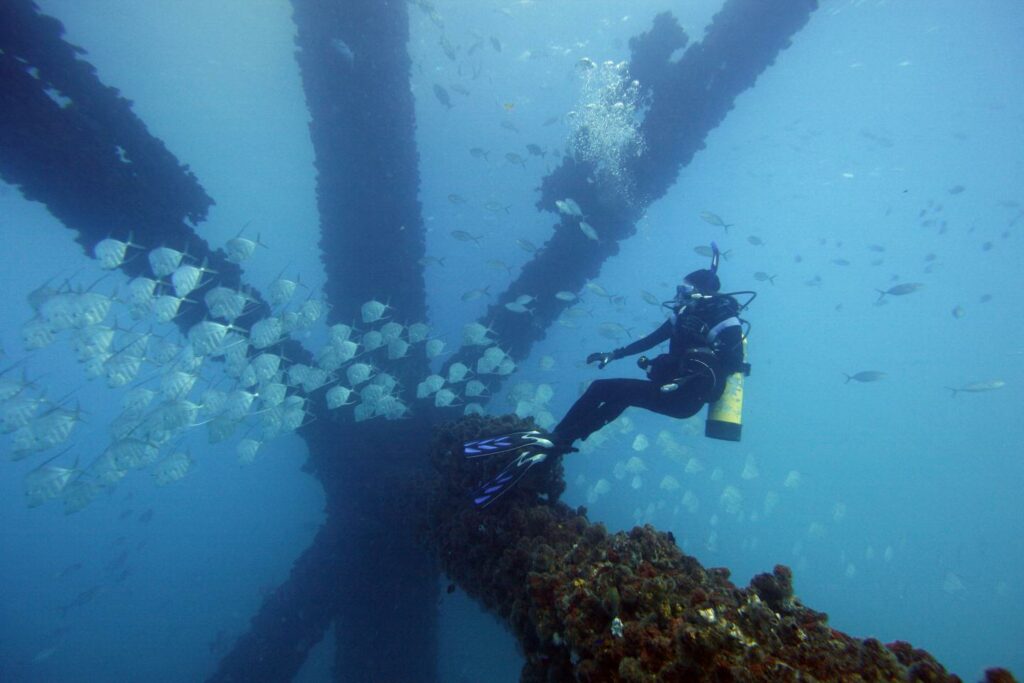 Researchers recently discovered that fish have microscopic structures in their skin that reflect polarized light. Light is usually polarized underwater, meaning it is all traveling in the same plane. We previously knew fish (and submarines) could detect polarized light, but it looks like fish have evolved ways to reflect it, possibly confusing their predators. 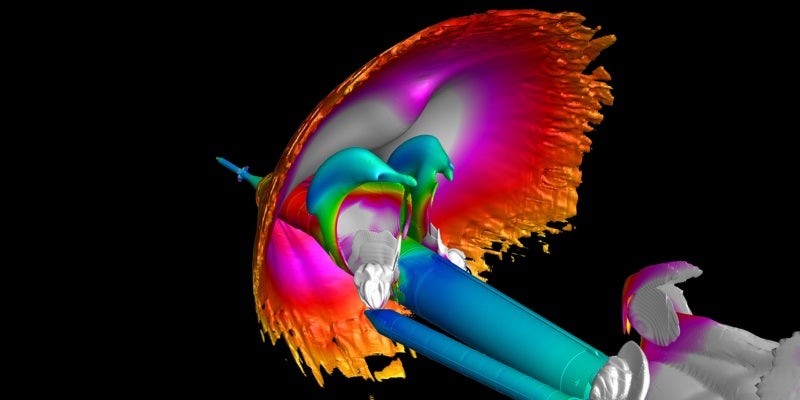 The Aerodynamics Of A Rocket Launch

The Space Launch system is the most powerful rocket ever built, and will be capable of launching the Orion spacecraft into deep space. It will be carrying 10 percent more weight than previous rockets. NASA teams have so far run 22,000 simulations to work out the aerodynamics of the launch to make sure the craft can safely escape Earth’s gravity and atmosphere, resulting in stunning images like this one of the forces and pressure around the rocket. 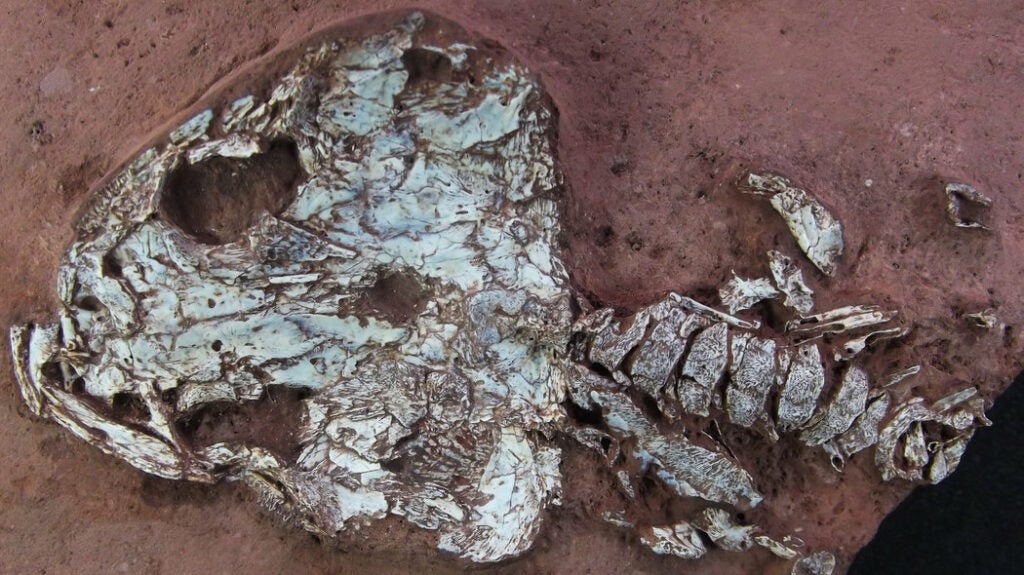 Fanged Relatives Of The Salamander

Researchers have found fossils belonging to two ancient relatives of modern salamanders. The specimens were found in northeastern Brazil and have been dated back to 278 million years ago, before the supercontinent Pangaea broke into separate continents. One species, dubbed Timonya annaea, had fangs and gills. 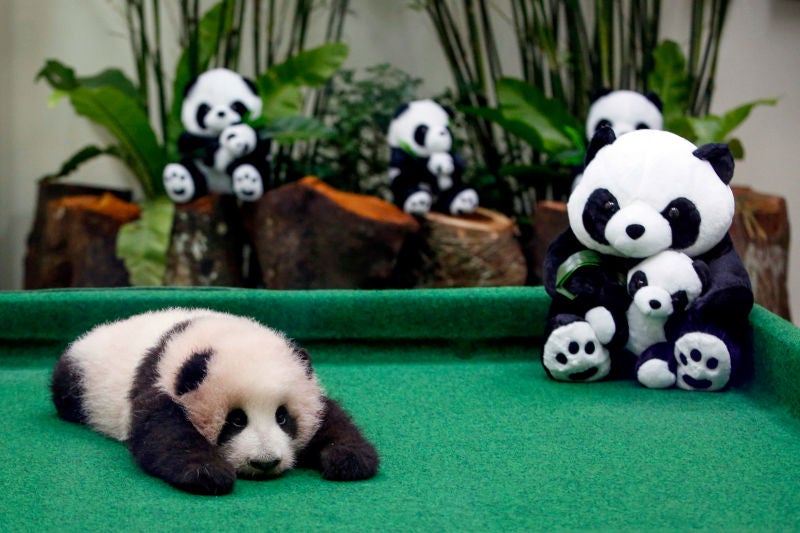 This week, a three-month old panda cub at the Giant Panda Conservation Center emerged for its first photo op at the National Zoo in Malaysia. Giant Pandas are notoriously hard to breed, since females are in estrus — and can therefore mate — for only two or three days out of the year. The species is considered endangered by the IUCN. 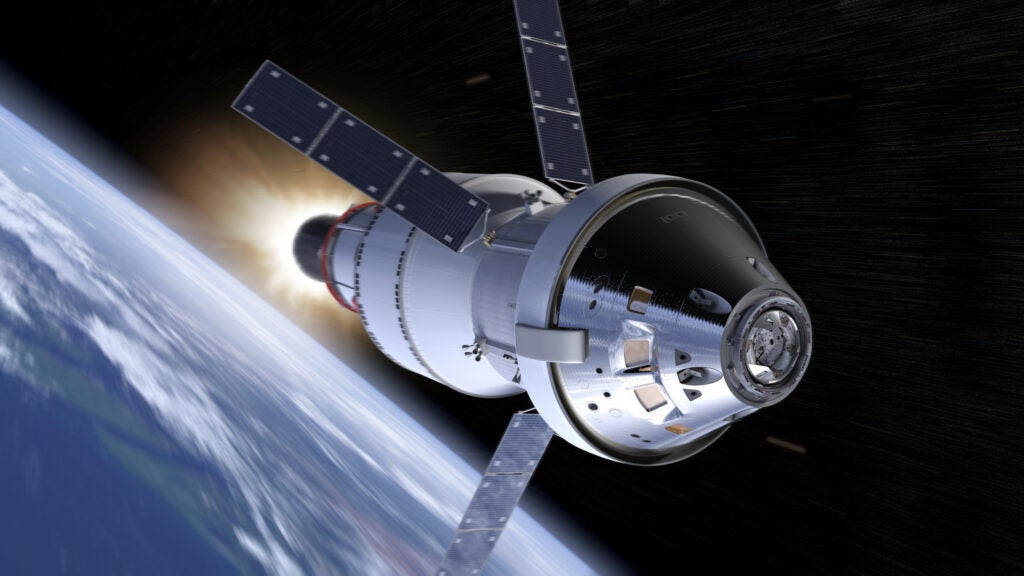 NASA is building a next generation spacecraft that will take astronauts even further into our solar system, including Mars. New illustrations of what Orion might look like were recently uploaded to NASA’s flickr account. The silver spacecraft will likely hold four astronauts. 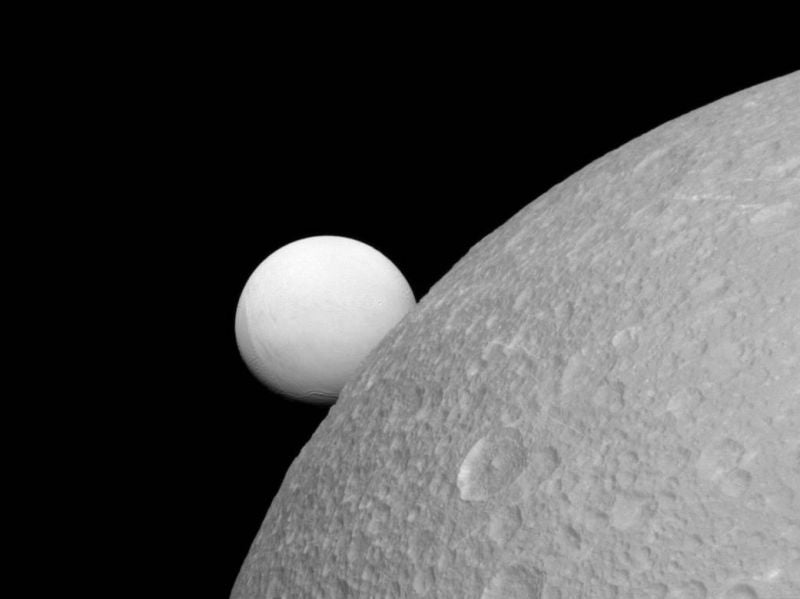 A Family Portrait Of Saturn’s Moons

The Cassini probe circling Saturn just snapped this gorgeous shot two of Saturn’s moons: Enceladus (background) and Dione (foreground). Enceladus is half as large as Dione, but has enormous underwater oceans and ice volcanoes that make it a target for finding life in our solar system. Dione is much like our moon, a dusty planet covered in impact craters. 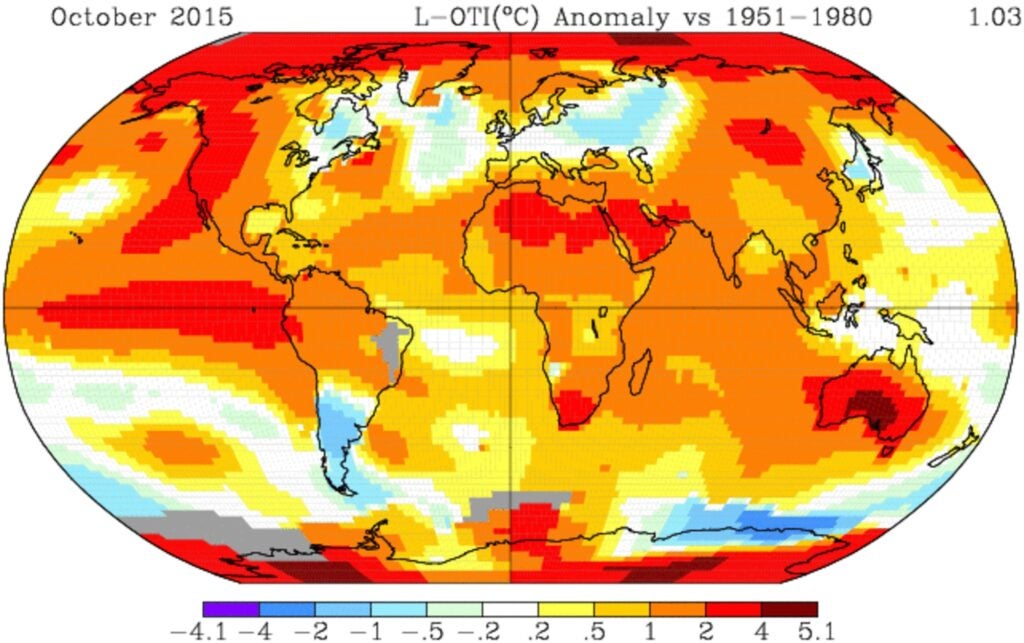 This map shows that the majority of Earth — especially the poles, among other areas — is hotter than it has been since 1951. October’s data made it that much more possible that 2015 will be the warmest year on record.
art
diamonds
nasa
pandas
Saturn