FAA Says All Owners of Small Drones Must Register By February 19, 2016

Anything heavier than half a pound needs registration 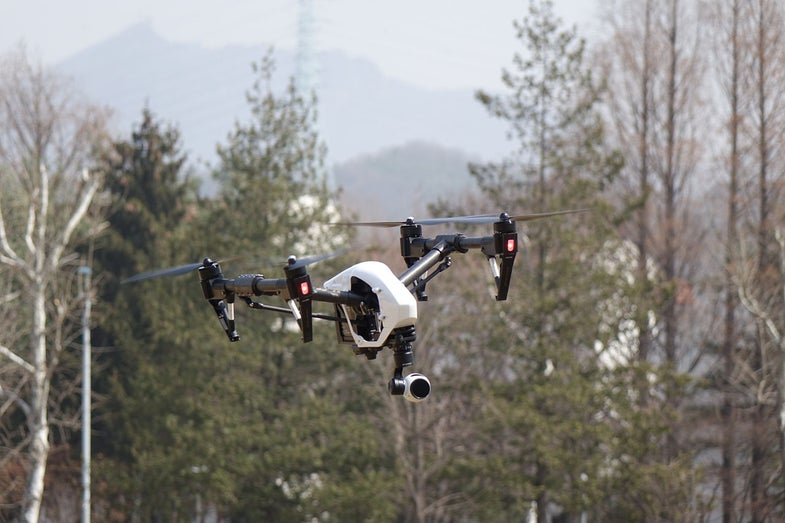 Any drone weighing more than two sticks of butter needs to be registered, the FAA announced today. The registration is a new statutary requirement, and the FAA says all drones owned before December 21st, 2015 must be registered by February 19th, 2016, while all drones purchased after December 21st must be registered before their first flight outdoors. Drone pilots who fail to register could face up to $27,500 in civil penalties, with criminal penalties for failure to register including fines of up to $250,000 and/or up to three years of imprisonment.

Their rule follows the recommendations of a special task force selected to consider how registration might happen, and goes over the objections of model hobbyists, who claimed the 250 gram (or roughly half a pound) limit is too restrictive, including not just camera-carrying quadcopters but small and simple model airplanes too. To register a drone a person must be at least 13 years old; drones given to children younger than 13 must be registered by a person older than 13. The registration fee is $5 for each drone, or if the person intends to exclusively fly their unmanned aircraft as model airplanes, then it’s “$5 to register an individual’s fleet of small unmanned aircraft.” To increase registration of existing drones (and to avoid penalizing people who purchased them before the law when into effect) the FAA is suspending the fee from Dec. 21, 2015 to Jan 20, 2016. People can register their drones online starting December 21st, and the registration is good for three years.

“Small unmanned aircraft”, the legal name for drones, is here defined as “an unmanned aircraft weighing less than 55 pounds on takeoff, including everything that is on board or otherwise attached to the aircraft.” The rules get a little more detailed for tethered drones, or those attached to a cable, but that won’t matter for the overwhelming majority of users.

One of the more unusual parts of the rule is that it excludes “paper airplanes that are not linked to a system.” So a paper airplane that weighs more than half a pound doesn’t need to be registered, unless it has a motor and remote attached.

The statute can be found here, and here’s the full announcement from the FAA.

The Academy of Model Aeronautics, an organization representing model aviation hobbyists, was already skeptical of the proposed registration rules. In response to the news today, they released a statement of deep dissatisfaction. It read, in part:

The Association for Unmanned Vehicle Systems International, a drone industry lobby group, was more optimistic in their release: