Acidifying oceans may take a neurological toll on fish 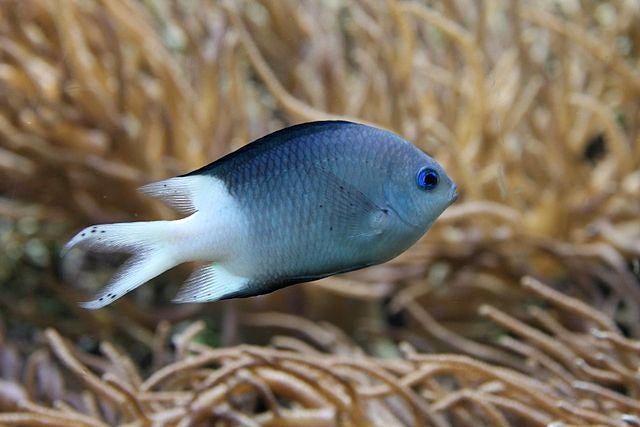 As carbon dioxide becomes more abundant in the ocean, fish may start behaving in strange and maladaptive ways. In a recent experiment, damselfish that had been exposed to high levels of carbon dioxide failed to steer clear of a scent that should have warned them of danger. The animals’ ordeal seems to have thrown their brain chemistry off kilter, researchers reported September 13 in Scientific Reports.

As humans pump more carbon dioxide into the atmosphere, more of this greenhouse gas also ends up in the ocean, making it increasingly acidic. Ocean acidification is best known for the damage it is wreaking on shellfish and coral communities, but fish are also vulnerable.

There are a lot of ways that being exposed to abnormally high levels of carbon dioxide can mess with a fish’s central nervous system. Scientists have seen how it can disrupt the animals’ ability to explore and respond to noise, or the sight or smell of predators, properly.

To measure the impairments caused by carbon dioxide, researchers from the United States and Australia collected spiny chromis damselfish (Acanthochromis polyacanthus) from the Great Barrier Reef. The fish were then placed in a tank that allowed the fish to choose between regular seawater and water spiced with the scent of an injured fish. Normally, this smell acts as an alarm–and indeed, fish that were used to routine amounts of carbon dioxide spent only 15 percent of their time exploring water that carried a whiff of trouble.

A separate group of damselfish spent four days marinating in carbon dioxide levels on par with those predicted by the year 2300. These fish were not deterred by the danger cues, and spent a little more than half their time in that part of the tank.

These fish had altered blood and brain chemistry, too, indicating that their bodies were trying to compensate for the influx of carbon dioxide. These changes may prevent the fish from responding to a messenger molecule called GABA properly.

“Our findings support the idea that fish effectively prevent acidification of internal body fluids and tissues, but that these adjustments lead to…impairment of neurological function,” coauthor Martin Grosell, of the University of Miami, said in a statement.

The fish in this experiment didn’t have much time to acclimate to the high dose of carbon dioxide researchers hit them with. To predict if and how wild fish will adapt to acidic oceans, future experiments will have to test fish over longer periods and even generations, Grosell and his colleagues wrote.