Explore This Giant Tunnel By Drone 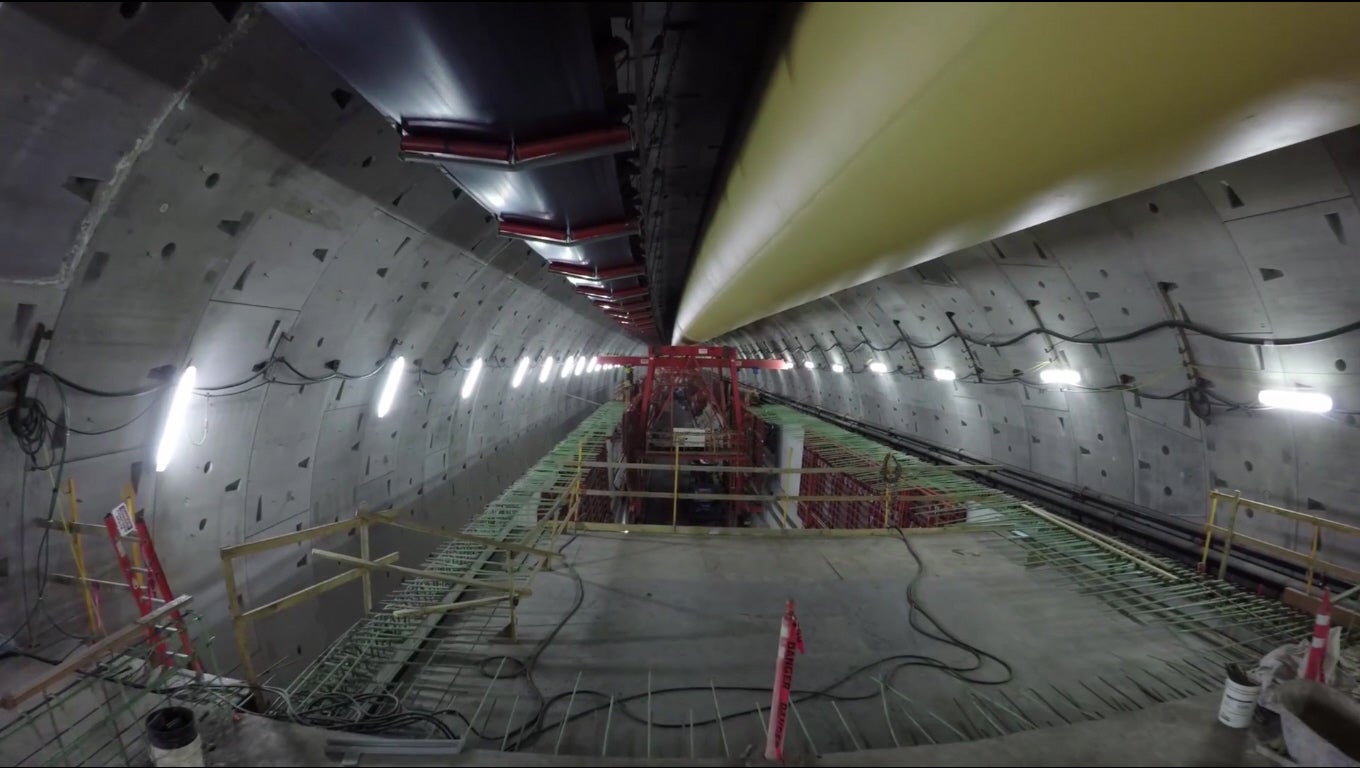 The Alaskan Way Viaduct was a 60-year-old elevated two-layer highway in Seattle that couldn’t handle earthquakes. To replace it, the Washington State Department of Transportation is digging a 2-mile long tunnel instead. The work began in 2013, and as any major construction project is likely to, it’s hit a few snags. To show off the progress before drilling resumes, the Department of Transportation flew a drone through the tunnel between shifts:

The whole experience feels a lot like Descent, a video game series from the mid-1990s and early 2000s where a mercenary pilot has to destroy rogue mining robots inside a series of mines. Flying underground was, twenty years ago, so novel an idea that it took place in a future of space mining. Now, it’s common enough that “flying a drone through the tunnel” seems to be a regular PR strategy.

Watch the full tour below: