Generate And Explore A Bizarre Landscape With Your Webcam 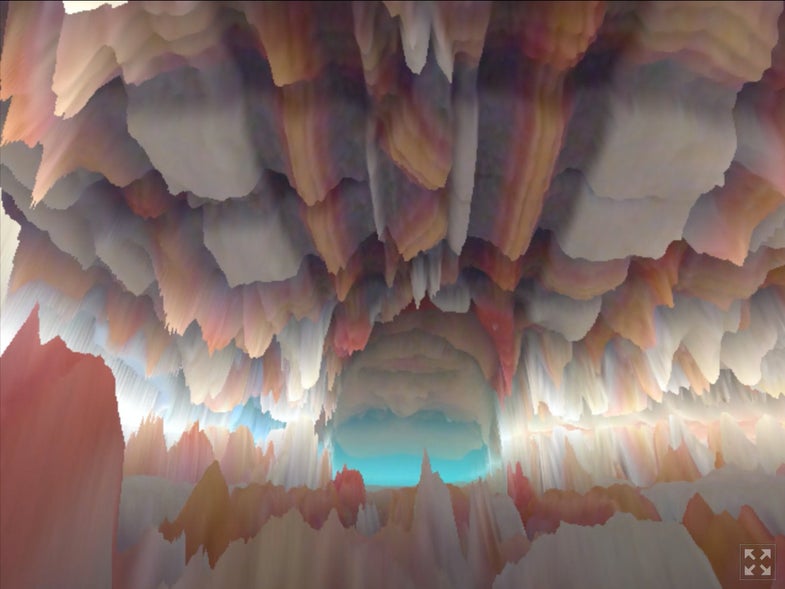 Reflection is a new indie game created by Melbourne-based “part-time game-maker” Ian MacLarty. The game creates an infinite landscape from video taken by your laptop webcam, which you can then navigate through with your mouse.

Once I allowed the game to access my camera, a vast plain with a bright blue horizon was generated, stretching on forever. The sky became two giant Popular Science posters along with my goofy face, which reminded me that I really needed a shave. As I began to explore this new frontier, I fell off of a cliff into a dark valley peppered with hills and tall brown mesas. Multiple apparitions of my face followed me in the sky, watching me. The bright orange and red squares of my plaid shirt morphed into sharp stalactites, enclosing me in a cavern. The only escape was to head toward the light at the end of the tunnel, a shimmering mirage of my face.

If you want a less narcissistic Reflection adventure, you can, or course, move your face away from the camera.

You can also find other fun images on Twitter of folks exploring their own reflections.

Just don’t let anyone with a selfie addiction near this game, they might get stuck as one does gazing at the Mirror of Erised.