Even When Wrong The Computer Is Learning 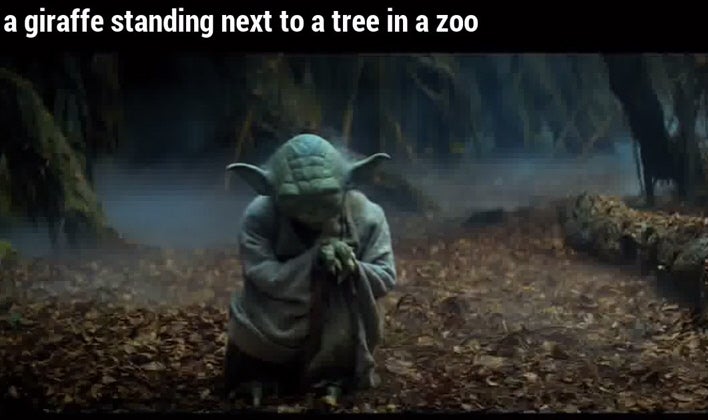 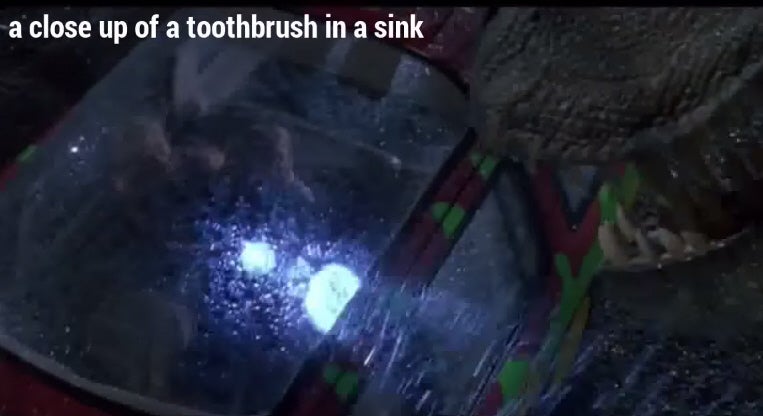 Computers lack common sense. This isn’t a fault of theirs: The world of context and relations that humans learn from birth isn’t something innately grasped by computers, so when given simple cognitive tasks, they sometimes answer like toddlers eager to try out new words. Watch below, as a computer neural network attempts to label video of a BigDog robot walking down a hall.

Those captions are part of a neural network created by AI researcher Samim using NeuralTalk. This summer, Google famously revealed the products of its neural network’s dreams, strange images cobbled together from a computer’s understanding of what an object looked like. Samim’s project doesn’t draw new pictures, it just gets the computer to put into words what it thinks it sees.

Yoda Stands In A Swamp

But it’s wrong in a way that derives from learning. A child who had never seen a giraffe but was told they have long, sideways ears might reasonably guess that Yoda is one, which the machine totally did. Samim explains his project and how to replicate it at Medium, and you can watch the full video of machine description bloopers below