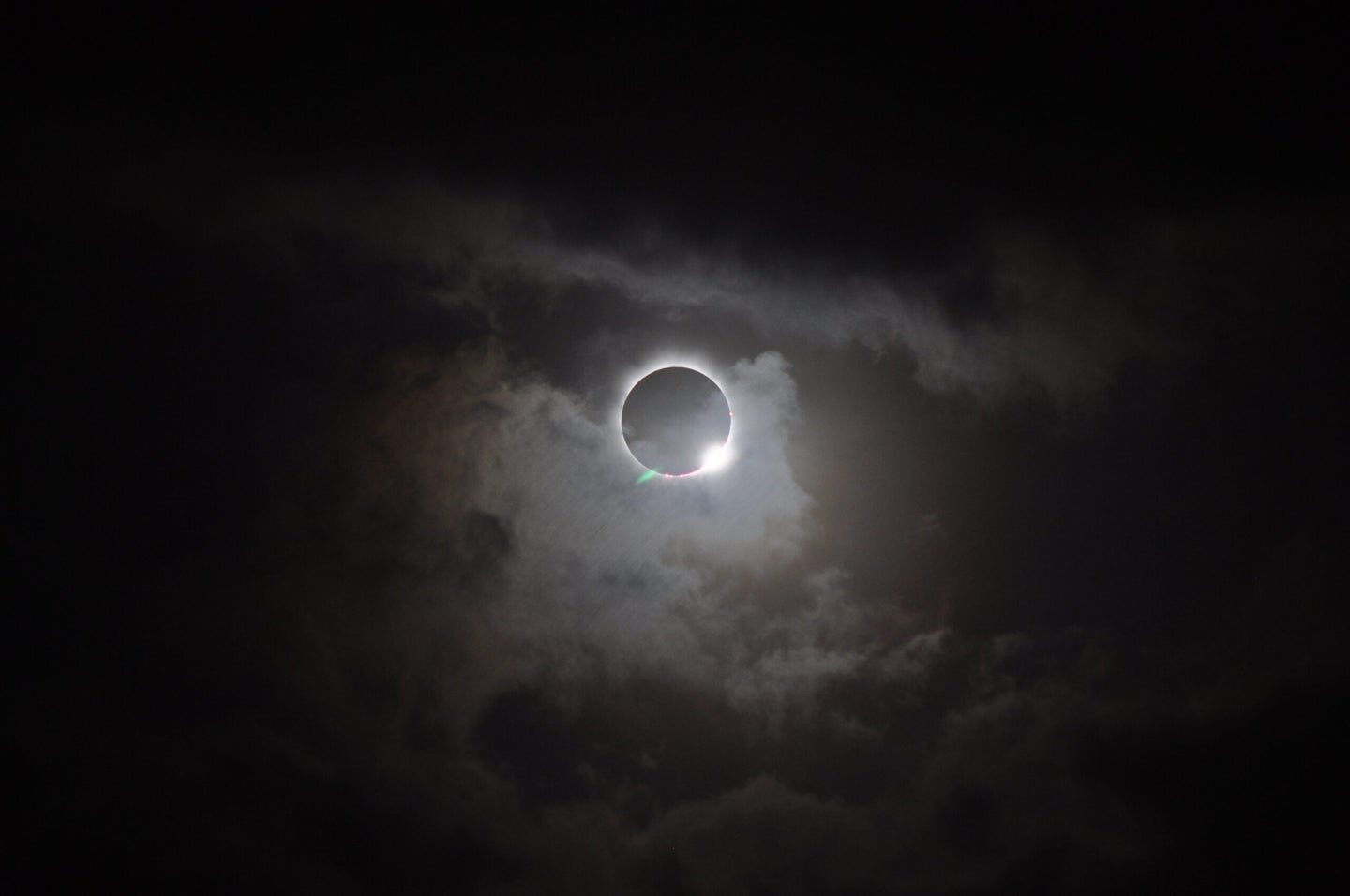 On Nov. 13, 2012, a narrow corridor in the southern hemisphere experienced a total solar eclipse.  The corridor lay mostly over the ocean but also cut across the northern tip of Australia where both professional and amateur astronomers gathered to watch.   During a solar eclipse one can see – using appropriate instruments to protect the eyes since you should never look at the sun directly – dim structures around the edges of the sun. These structures are the sun's atmosphere, the corona, which extends beyond the more easily seen surface, known as the photosphere.   In modern times, we know that the corona is constantly on the move. Made of electrified gas, called plasma, the solar material dances in response to huge magnetic fields on the sun. Structural changes in these magnetic fields can also give rise to giant explosions of radiation called solar flares, or expulsions of solar material called coronal mass ejections, CMEs – which make the corona a particularly interesting area to study. Photos courtesy of Romeo Durscher NASA image use policy. NASA Goddard Space Flight Center enables NASA’s mission through four scientific endeavors: Earth Science, Heliophysics, Solar System Exploration, and Astrophysics. Goddard plays a leading role in NASA’s accomplishments by contributing compelling scientific knowledge to advance the Agency’s mission. Follow us on Twitter Like us on Facebook Find us on Instagram.
SHARE

On the morning of March 20, 2015, a solar eclipse will pass over all of Europe, visible from Turkey to Greenland. A decade ago, that probably wouldn’t have mattered to anyone except people who love astronomy (and all the schoolchildren building pinhole cameras to observe the sun.) But now, 3 percent of Europe’s electricity grid comes from solar power, making the March event a proving ground for this renewable energy technology.

In the span of two hours, 35,000 megawatts of electricity will fade from the grid, and then return. To put that in perspective, a typical coal plant in the United States generates about 600 megawatts. The European Network of Transmission System Operators for Electricity (ENTSO-E) calls the eclipse an “unprecedented test for Europe’s electricity system.”

“It will have a cascading effect,” ENTSO-E spokesperson Claire Camus told the Financial Times. “It’s definitely going to be a challenge for control rooms.”

Luckily, we’ve known about the solar eclipse for a while. For the past year, energy companies in Europe prepared for the event, and there is now a network of contacts among control rooms all over the continent, hoping to respond more effectively to problems (like power outages) caused by the eclipse.