The creator of Android has big plans that start with some familiar-looking devices. 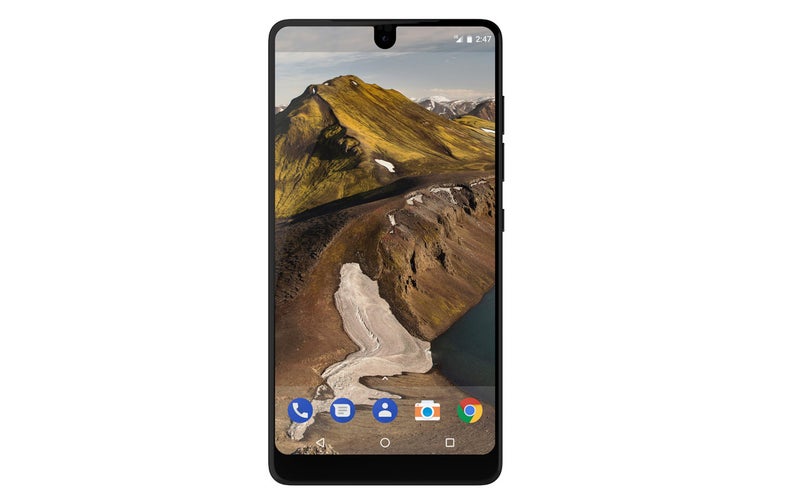 If Huawei released a phone with the specs of the Essential‘s hype-driven debut, no one would have paid much attention. Snapdragon this, edgeless that, modular thingamajig. It really is a nice phone, but “nice” isn’t blowing any minds. As it happens, though, the Essential Phone—the first product from a company started by Android creator Andy Rubin and the gadget line it flagships—is more mission than material. At the same time, it’s Rubin’s atonement for the sins of Android.

Now, that’s not to say the handset is gonna free the masses from the fractured bloatware that plagues handsets from LG, Samsung, and others. (Admittedly, the company doesn’t even want its Phone in every pocket.) Wrapped up in Rubin’s penance, however, isn’t salvation for the cluttered smartphone landscape, but for the ever-splintering smart home.

Though there’s not all that much information to be had about Essential Home hub at the moment, its promise is an intriguing one: The device, which looks a bit like a Nest Learning Thermostat laid in a cradle, aims to make the disparate mishmash of connected devices seamlessly talk to one another. It has a familiar round touchscreen display for displaying information and controlling devices. The new Ambient OS promises to rope in a scattershot selection of smart devices. The Home, in theory, should automatically recognize smart-home devices as they become available on the network and automatically integrate them into the home’s infrastructure.

Right now, cobbling together a smart home platform that works from front to back takes a lot of work. Amazon’s Alexa works great through an Echo smart home hub, but mobile integration is lacking. Apple’s Siri has the opposite problem without a real hub device to keep everything tied in together in a simple way. The Google Assistant comes close, but the inherently fractured nature of Android across devices can still be a barrier for some users. Once third party manufacturers enter this mix, compatibility can be extremely difficult to navigate. Essential hopes that by building from the ground up with the smart home in mind, it can avoid some of these pitfalls.

Rubin told Walt Mossberg that the whole product family, from the Essential Phone (which will run on the latest version of Android) to the Essential Home, will be linked with a smart assistant in the style of Siri, Google Assistant, Alexa, Cortana—yes, there are a lot of them already. Essential is being tight-lipped at the moment regarding details of the assistant, however.

The Essential Home is slated to come later this year, but the Essential Phone will start shipping in June for $699.

The Phone itself sports a spec list worthy of the flagship designation, though we’ve seen variations of most of its features before. The phone has a 5.71-inch screen with a 2,560-by-1,312 resolution, which makes it bigger and higher-res than the 5.5-inch iPhone 7 Plus (1,080-by-1,920 pixels) and just a bit behind the 5.8-inch Samsung Galaxy S8 (1,440-by-2,960 pixels). The Essential Phone, however, has barely enough bezel to accommodate the front-facing 8-megapixel camera.

Indeed, it’s taken the tiny-bezel trend to the brink.

Trim bezels typically don’t get along with protective cases, but the Essential Phone may not need one. The body of the phone is made from injection-molded titanium, which is stiffer and stronger than the aluminum bodies found on many other popular smartphone. The screen is the latest generation of Corning’s Gorilla Glass, and the back is made of ceramic. All this makes for a very burly phone.

The back of the Essential Phone has dual cameras, one of which is a three-megapixel black-and-white unit to help improve resolution and contrast. It’s a cool idea, but one that we’ve already seen from companies like Huawei.

There are also some features that are conspicuously absent, like a dedicated headphone jack (though it will come with a dongle. Sigh.), and a waterproof body. The latter seems especially odd considering the emphasis put on other aspects of its ruggedness and how many of its competitors aren’t afraid of getting wet.

The only thing that really stands out are the two magnetic ports on the back of the phone that look like a robotic vampire bite, but open up the device to line of modular accessories. The first mod is a 360-degree camera that can be bundled with pre-ordered Essential Phones. It and future mods will connect magnetically to the two ports on the back of the phone and communicate wirelessly with the device.

But even this concept isn’t totally new. In fact, Motorola’s Moto Mods hardware currently offers a whole lineup of swappable modules, like an extended battery and a full-featured camera with a real flash instead of a lame LED flashlight. The Moto implementation may be a lot less elegant than the Essential Phone, but the history of modular accessories suggests Essential has a tall hill to climb.

The explicit purpose of the Essential Phone’s modular nature is to prevent it from becoming obsolete. The magnetic ports will be ubiquitous across Essential devices. The company claims it’s so that the phone doesn’t fall victim to the fads of the smartphone market and become obsolete, but it seems more accurate to say that it can dabble in trends without committing an entire device to it. Remember the HTC Evo 3D phone with a built-in 3D camera? Didn’t think so.

Essential doesn’t expect to sell 50 million of its Essential Phone. In fact, the company is open about the fact that it couldn’t make that many if it wanted to with its current production plan. So, the Essential Phone likely won’t be the savior of Android. The Essential Home, however, does have a lot of potential. The Ambient OS is starting fresh in a world where business partnerships and platform restrictions make buying and setting up some smart home products a consumer minefield. It could be a way for the smart home to avoid the kludged-together interfaces of voice, touch, and third-party software.

Or, it could be another nicely-designed bunch of kit that fails to climb the ladder to compete with the big kids.