What, you think gasoline grows on trees? 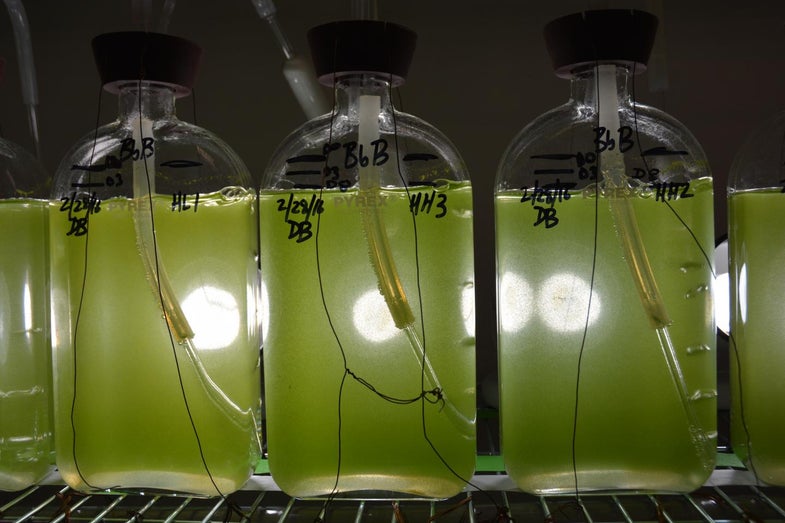 From the mountains, to the prairies, to the estuaries green with scum, researchers are all trying to find the next best biofuel.

In a study published today in Nature Communications researchers identified an enzyme in the overwhelmingly common algae Botryococcus braunii as being one of the keys to that algae’s remarkable ability to create all sorts of hydrocarbons, which could be used in a variety of fuels (think substitutes for kerosene, diesel, etc).

The algae can be found in water of varying degrees of freshness across six continents and is very good at producing hydrocarbons that can be burned in the place of fossil fuels. Using these kinds of biofuels still requires burning things to generate energy, so it’s not as clean as say, solar or wind, but it’s still a step towards keeping oil and gas in the ground, and can easily be used in existing infrastructure and technology.

The problem is that these tiny algae don’t produce enough oil to make them viable sources of biofuels, which is why researchers were looking into the biological methods that allow the algae to produce hydrocarbons. They found that an enzyme, controlled by a gene called lycopaoctaene synthase, regulated the oil producing abilities. By putting that gene in plants (tobacco was suggested as one possibility), or different algae, researchers could potentially increase that number.

“It takes about a week for one Botryococcus cell to double into two cells, whereas a faster growing algae — but one that doesn’t make a lot of oil — can double in about six hours,” Timothy Devarenne, an author of the paper, said. “Maybe if we can transfer the genetic information to make these oils into quicker-growing organisms like other algae that grow a lot quicker or a land plant that can produce large amounts of biomass, we can have them produce oil for us.”

In the future, maybe gasoline will grow on trees. Or, at the very least, on tobacco plants.