Half of your bread’s environmental impact comes from fertilizer 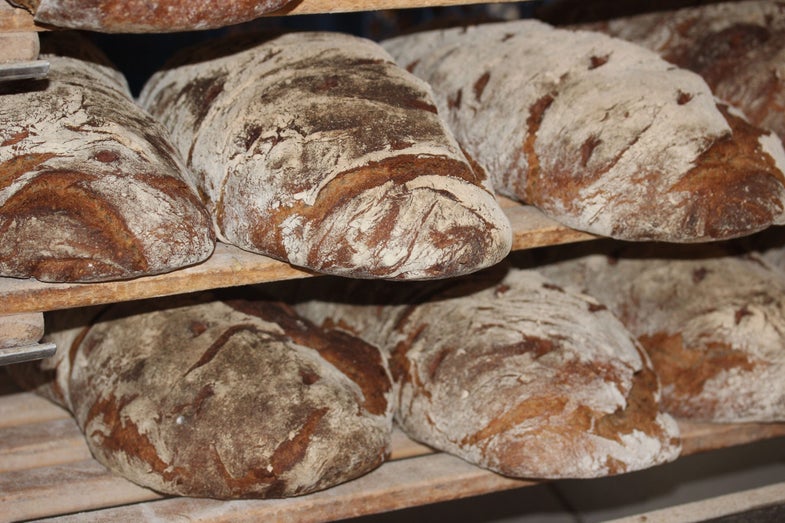 Fertilizers are responsible for almost 50 percent of the greenhouse gas emissions embodied in a loaf of bread according to a new study in Nature Plants.

The results come from a life cycle analysis (LCA) conducted on one of the United Kingdom’s largest bread producers by a team of researchers across disciplines ranging from operations research to plant science. An LCA quantifies the environmental impact of a given process—including its energy usage. It’s a cradle-to-grave assessment of what an item truly costs the environment.

While the researchers were not the first to conduct an LCA on bread, this study stands out for what the researchers call its “increased granularity.” That is, the detail of the data that researchers put into the LCA model.

“A lot of studies that have worked with bread have worked with the baker to identify the amount of gas used in the baking of bread, and the amount of electricity used in processing wheat for example,” said lead author Liam Goucher, a research fellow at the University of Sheffield. “But they then use secondary datasets to look at the cultivation stage.”

But if the researchers had used secondary data in this case, they likely wouldn’t have found that 43 percent of their sample loaf’s greenhouse gas emissions come from ammonium fertilizers.

Goucher and his colleagues were able to detect the increased emissions because—in addition to precise energetic data from the commercial bakery and its mill—“We were able to go and speak to the farmer and find out at which specific points during the cultivation he actually applies fertilizer, and more importantly why he applies fertilizer,” said Goucher.

They discovered that the farmer didn’t just apply fertilizer to increase yield. Because of contractual obligations the farmer has with the bread maker, the wheat has to contains a certain amount of protein. So, the farmer adds ammonium nitrate fertilizer towards the end of the cultivation period to try and increase the protein content.

And it’s important to understand where our food gets most greenhouse gas intensive: Agriculture currently accounts for one-third of global greenhouse gas emissions.

To solve these agro-food challenges, researchers are increasingly turning towards a systems approach. A systems approach argues that since we all eat, we all have a role in making the food system more sustainable. This means that the farmer doesn’t bear sole responsibility for reducing the impact of greenhouse gas emissions on his farm. Fertilizer manufactures might work to find a way of lowering the embodied energy in their product. Similarly, the baker might help by agreeing to a lower protein content in the wheat, while the farmer might make sure to apply fertilizer only where and when its precisely needed.

On the consumer end, we might make sure to use all of the food that we purchase. We currently waste more than a third of it. In fact, the authors of the new study hope to tackle the environmental expenditures of the end user in follow-up research.

In the meantime, Goucher doesn’t want you skipping your morning toast.

“Our goal was never to say that bread was a bad product, or wheat products shouldn’t be eaten,” said Goucher, “because certainly when compared to something like beef, the environmental impact of bread is much lower.”

Rather the goal was to get us thinking more about the embodied emissions that are carried in even a basic dietary staple like bread, and how we can work to reduce them.

On that front, we’d say they succeeded.