Human pee could be the fertilizer seagrass needs 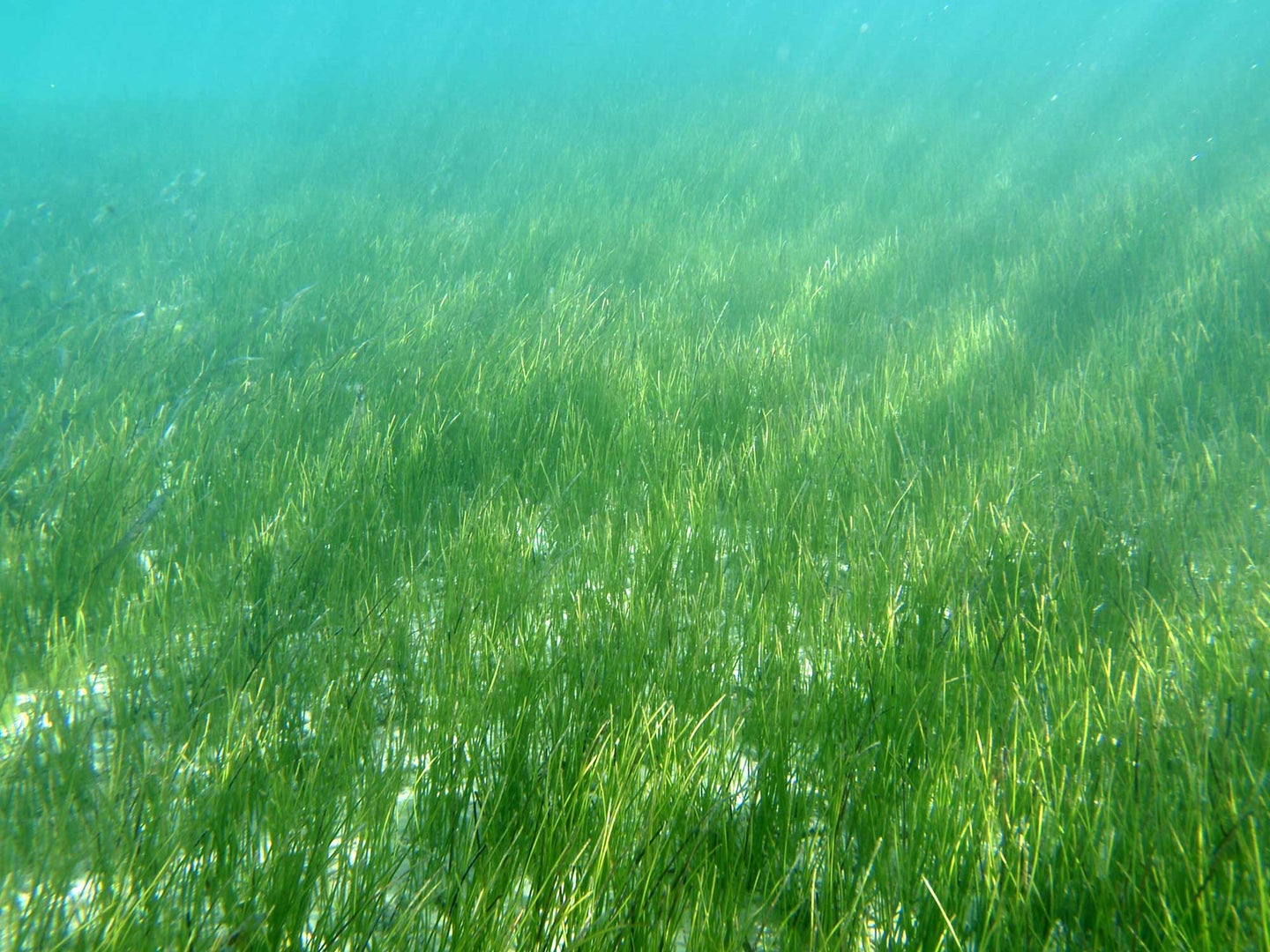 Ecologists are racing to protect failing seagrass ecosystems by replanting those that have been damaged or wiped out. Deposit Photos
SHARE

Around the world, seagrass is in decline. But University of Florida biogeochemist Patrick Inglett and his colleagues have hit on an unexpected key to spurring the effectiveness of recovery efforts: crystallized human urine.

Around the world, ecologists are racing to protect failing seagrass ecosystems by replanting those that have been damaged or wiped out. But replanted seagrass meadows often grow slowly and struggle to survive, especially in the nutrient-poor sands of Florida where Inglett helms restoration projects. Seagrass-hungry wildlife like manatees and pinfish only make matters more difficult. These grazers’ big appetites can prevent seagrass from fully establishing. To compensate, seagrass restorers use synthetic fertilizers to jumpstart growth.

But the glut of nutrients a fertilizer brings yields its own problems: as fertilizer dissolves, it feeds algae that can shade growing seagrass. Then, when the algae have used up the nutrients, they die and decompose, robbing the water of oxygen that fledgling seagrass needs. But in a recent study, Inglett and his colleagues have shown that struvite, a compound formed from human wastewater, is an effective solution to this complex dilemma.

Struvite crystals form from wastewater sludge in low-oxygen environments. High in ammonium, magnesium, and phosphorus, the crystals are rich in nutrients and, importantly, slow to dissolve—slower even than synthetic slow-release fertilizer, says Inglett.

In their lab, Inglett and his team filled large aquariums with shoal grass, a common seagrass in the southern United States. Supplementing the seagrass’s growth with either struvite or synthetic fertilizer, the scientists found that after 60 days the tanks with struvite had about five times more seagrass shoots than those treated with fertilizer. Struvite-treated tanks also had fewer nutrients dissolved into the water, representing less pollution. After nine months, the seagrass grown with struvite was larger than its conventionally fertilized counterparts, even when the struvite was applied at a lower concentration.

The long-term benefits of a slow-release fertilizer may be even greater still, says Inglett. Unlike conventional fertilizers, which provide a single pulse of nutrients, struvite will continue to nourish seagrass over time.

Frank Shaughnessy, a marine ecologist emeritus at Humboldt State University in California who was not a part of the study, says struvite had a hugely positive effect on the seagrass. “It looks like a really great technique for that system.” He also notes, however, that struvite might not be helpful in the cloudier and more temperate environments of the northeast Pacific or Chesapeake Bay where, unlike in Florida, seagrass growth is limited by light rather than nutrients.

Inglett sees supply as the main limiting factor in the adoption of struvite as a fertilizer. Although struvite has long been a waste product, only recently have some water treatment plants begun purposefully extracting the crystal to sell as an organic fertilizer. In parts of Europe, recycling struvite is encouraged as a way to reduce wastewater pollution and to reduce agricultural dependence on mined phosphorus.

In most of the world, struvite “is not as available as it is in Europe,” Inglett says. “But eventually I’m assuming it could catch on.”

If it does, struvite could turn human waste into a fuel for reviving struggling ecosystems.