In the southwest Indian Ocean, turtles tagged with sensors are filling in the gaps scientists need to forecast tropical cyclones. 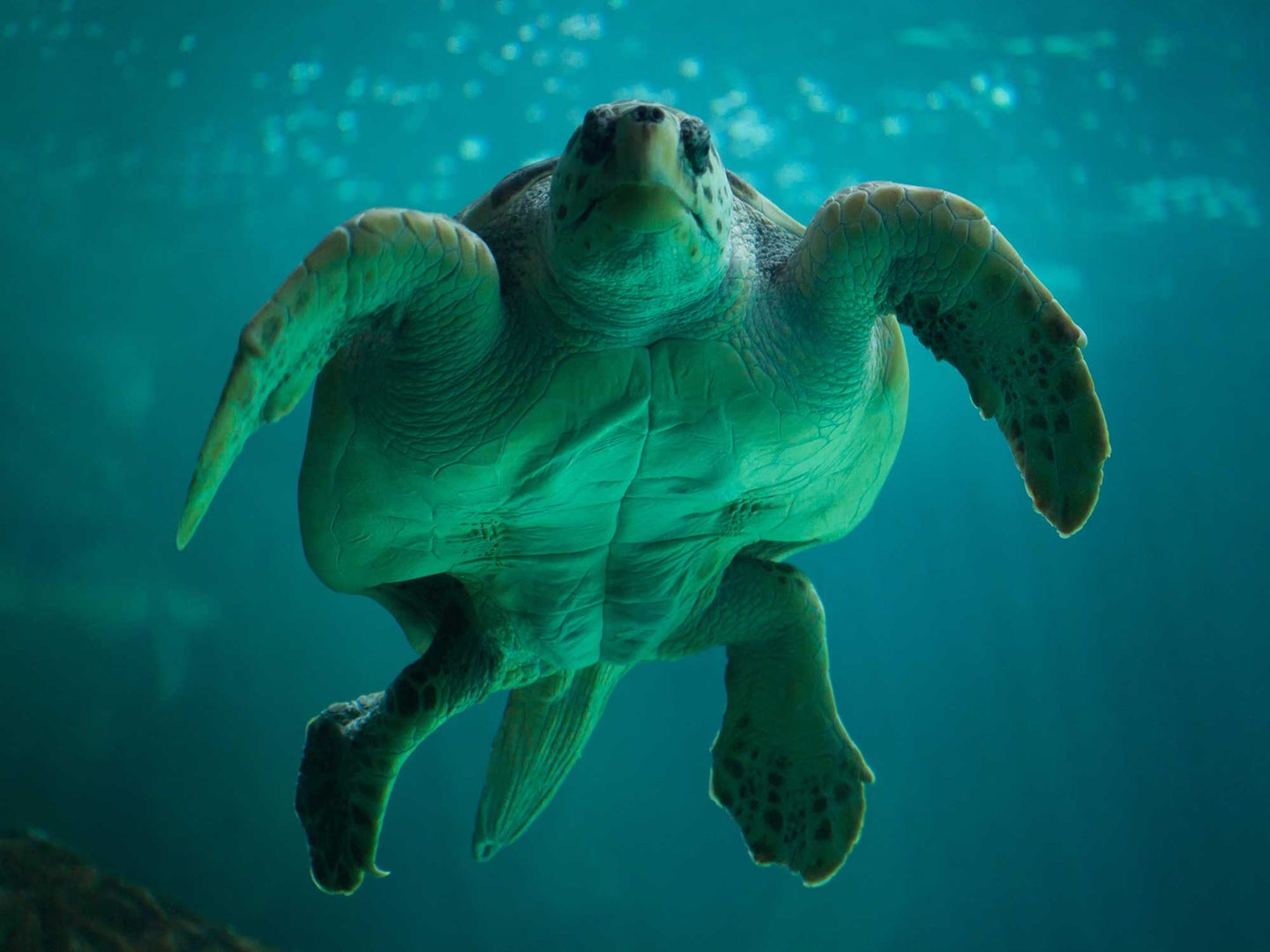 Even with good data, it’s hard to predict tropical cyclones, which often appear with little warning and wander drunkenly around the world’s oceans. But five years ago, Olivier Bousquet, now the research director for France’s Ministry of Sustainable Development, was tasked with forecasting storms’ strengths and paths in the cyclone-infested southwest Indian Ocean. The need for better predictions was great. The area gets nine or 10 cyclones a year, and the storms are getting stronger. Tropical Cyclone Idai, in 2019, killed more than 1,000 people in Mozambique and 2014’s Gafilo killed 350 in Madagascar.

Unlike in some other parts of the ocean—like the North Atlantic, where the US National Oceanic and Atmospheric Administration flies weather drones—Bousquet had almost no data to work with. Sure, there are satellites that spy on the ocean’s surface, but those are biased around coastlines and blind in clouds, which storms have in spades. Just a handful of floating oceanographic buoys collected temperature, depth, and salinity information where Bousquet needed it. So he set out to find a new source of data.

For the past few decades, scientists have been using satellite-tagged animals to collect ocean data. For instance, in the Southern Ocean off Antarctica—a famously hostile area for humans, ships, and robot explorers—southern elephant seals have gathered most of the basic data we have on the water’s temperature and salinity.

The southwest Indian Ocean, though, didn’t have any seals Bousquet could enlist. At first, Bousquet tried seabirds, like tropicbirds and puffins, but they were too lightweight for the sensors. So he turned to sturdier helpers: loggerhead and olive ridley sea turtles.

Now here is a hardy character that can wear a 250-gram tag, travels thousands of kilometers each year, and reliably comes back to its natal beach. This homing instinct makes it easier for scientists to recover the sensor’s full suite of data, instead of just the summaries that the equipment can send to satellites over limited bandwidth while the turtle is out and about.

Sea turtles are excellent candidates for another reason. The energy that powers a tropical cyclone comes mostly from the water. To predict if a storm will intensify, you need to know what’s going on in the ocean just below the surface, from about 25 to 200 meters depth. Sea turtles spend most of their time in exactly this layer, so their intel is perfect for tropical cyclone forecasting.

Beyond that, tagged turtles could help climate studies by giving scientists a way to calibrate ocean models and satellite data. Moreover, turtles spend a lot of time foraging in giant ocean eddies—an oceanographic feature scientists would love to learn more about. A dense network of turtle data, if collected over the long term, could help scientists see how the structure of the ocean is changing over time at a very high resolution, Bousquet says.

Biologists were excited about the project, too. The temperature, depth, and location data would give them a new view of the turtles’ environment, diving behavior, and movements.

So, starting in January 2019, Bousquet teamed up with biologists at Kélonia—a sea turtle observatory on Réunion, a French island about 950 kilometers east of Madagascar—to release 15 tagged sea turtles. All had been accidentally caught by fishermen and healed in turtle rehab.

The first turtle to go out was Ilona, a loggerhead named by the fisherman who had caught her. For a few weeks, Ilona’s tag reported to the satellites 20 to 50 times per day, just as Bousquet had hoped. When Ilona got to Madagascar, though, her track stopped short. Bousquet enlisted a local NGO to investigate. They found the still-broadcasting tag … stuck to an empty shell.

Ilona had been eaten.

“We were shocked,” Bousquet says. But Ilona’s three-week journey had produced data galore.

When Bousquet and his colleagues released their initial results, suddenly everyone wanted in. The French National Centre for Space Studies, the European Union’s Interreg ocean research program, and the University of Reunion Island, among others, all jumped on board. Known as STORM (Sea Turtles for Ocean Research and Monitoring), Bousquet’s project has more than two dozen partners—and a lot more turtles. Scientists working in stormy tropics across the globe have contacted Bousquet looking to replicate the project in their areas.

Clive McMahon, a biologist at the Sydney Institute of Marine Science in Australia and a leader among those using animals to collect oceanography data, recently tagged 20 olive ridley sea turtles in a project that “is absolutely inspired by [Bousquet]’s work,” he says. STORM is “showing really clearly that turtles are able to collect these essential ocean observations to be able to predict storms.”

This year, STORM has continued to grow. Between January and March, Bousquet’s group released 80 tagged sea turtles from 10 spots around the southwest Indian Ocean. Some were rehabilitated turtles released on a schedule. Others were females caught at night on beaches after they’d laid their eggs—though “caught” might be overstating things. The procedure involves a biologist placing a box around the turtle to corral it, epoxying a tag to its back, and sampling its blood. After five minutes, the box is removed and the turtle goes on its way.

So far, storms have caught out a few turtles, Bousquet says. The turtles’ tracks show they stopped swimming, waited for the storm to pass, and moved on as before. Once, a cyclone did pass over a turtle, and then the storm did a U-turn and passed over it again. The turtle was fine.

Data from the heart of a cyclone is incredibly valuable, Bousquet says, and “every cyclone is different.” But to get the data, researchers will have to perfectly time a turtle’s release, two or three weeks before a storm blows through. They’ve missed a couple of storms by just days. “We need a little bit of luck,” Bousquet says.