As part of the bipartisan infrastructure bill, $8 billion will go to new hydrogen projects. 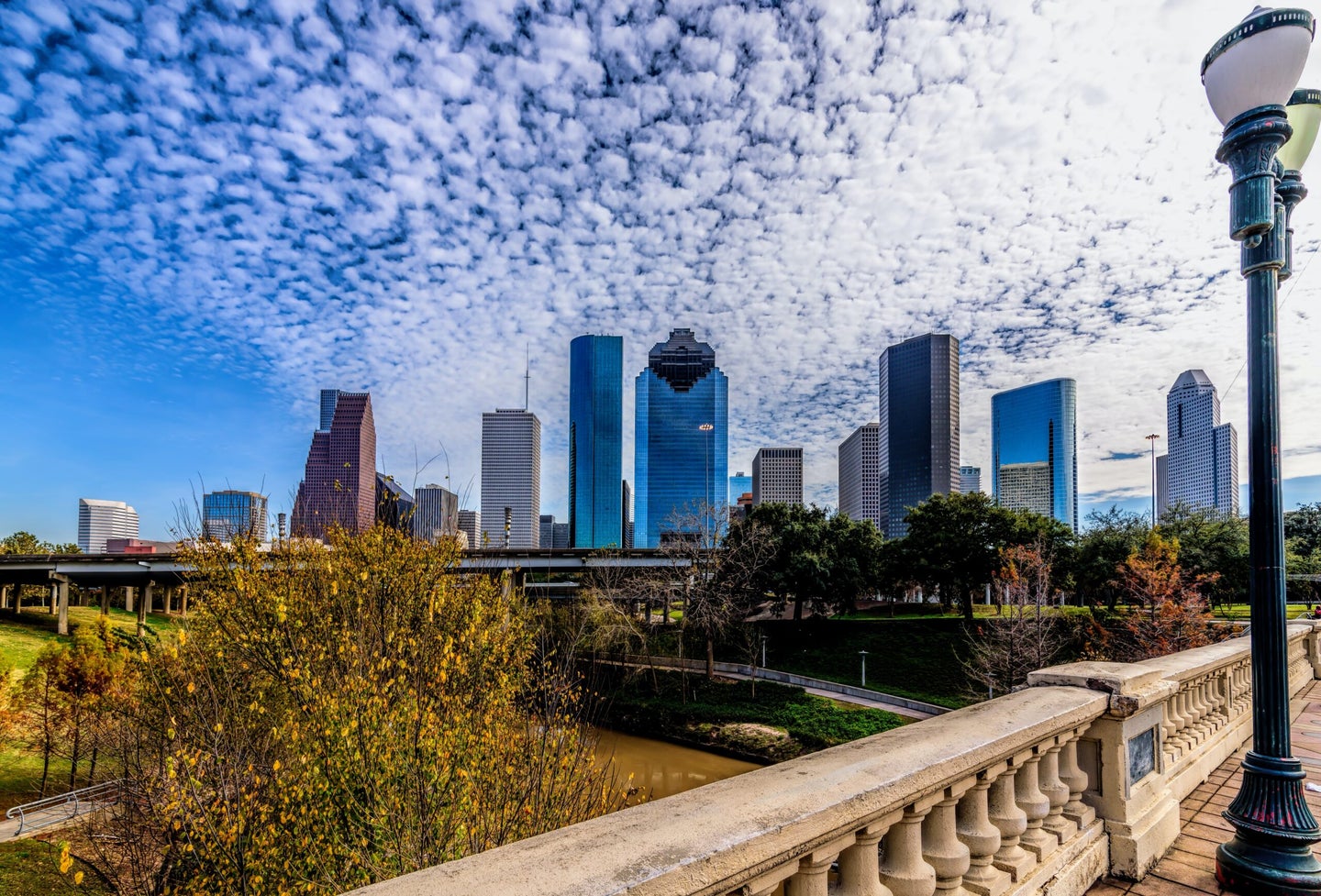 Houston, pictured here, is one of the cities aiming to be a hydrogen center. Unsplash
SHARE

States like California, Texas and Colorado are currently vying to become hubs for hydrogen production. While hydrogen offers the potential for additional renewable energy, many are not solely doing it because they’re committed to a clean energy future.

The Biden Administration rolled out a plan in February to provide $8 billion to numerous states around the country to produce, process, and store hydrogen as part of the bipartisan infrastructure bill. Applications for the funding opened up this month, and the Department of Energy is working on deciding where it will be awarded to.

The vast majority of the hydrogen currently produced in the US goes into the industrial processes like creating ammonia fertilizer and refining petroleum. But that isn’t the only way it can be used—it can also be used to store energy and generate renewable energy.

Interest in hydrogen power has grown signicantly over the past few years, but the country currently isn’t generating a lot of hydrogen power. For example, only around 260 megawatts of power from fuel cell electric power generators is currently in use, while solar is generating around 121 gigawatts. However, Hydrogen fuel cells are also being used to power new electric vehicles.

In terms of what hydrogen power actually looks like, there are a couple of different ways it can be used on the grid. You can use hydrogen for grid energy storage, which can help back up solar and wind power when they’re not generating a lot of power. Essentially, that involves using clean energy for the electrolysis of water to create hydrogen fuel for generating electricity. Renewable energy powers a process that can actually store energy for later.

You can also burn hydrogen in a power plant to produce electricity, but that’s typically done by mixing it with natural gas, which means it still contributes to greenhouse gas emissions. That said, many power plants that run solely on hydrogen are currently being developed in Europe and elsewhere.

A hydrogen hub is considered a region where a new hydrogen production center is formed. This can create jobs and make hydrogen resources more available for various uses. Many states are working together, often forming consortiums, to plan for this and compete for the new funding.

Texas has begun hydrogen production in the Houston area. But several consortiums of states are linking up to create regional hubs—including  Pacific Northwest and California, Rocky Mountain states like Colorado, New Mexico, Utah and Wyoming, and a northeast consortium including New York, Connecticut, Massachusetts and New Jersey.

Considering hydrogen has so many uses, states that are looking to become “hydrogen production hubs” have a range of reasons for wanting to get into the game. Leachman says conservative states may look to produce hydrogen mostly for industrial uses and liberal states could use hydrogen energy to increase their clean energy capacity. There is also a push for renewable energy in conservative states.

“Every state and region has a different play on the hydrogen hubs. Many of them are very much about renewable energy,” Leachman says. “All of the regions have a different way that they can play this that’s really a benefit to them.”

Distributing hydrogen production across the country will mean all states will have access to hydrogen resources for energy and other uses and will become more familiarized with it. Leachman says this will have an important effect.

“The Hydrogen Hubs initiative requires the hubs to be regionally distributed across the United States, which means, inherently, we will have hydrogen hubs that will be placed in locations where we’ve never had a hydrogen resource,” Leachman says. “That is going to result in huge, fundamental shifts in the goods and services and energy across the U.S. in ways that are very difficult to imagine.”

Leachman says having new hydrogen production in so many parts of the country could mean that hydrogen becomes a much more normalized energy source. People can see facilities in their own communities and the jobs that will be created because of them.
Hydrogen production appears to be on track to become a rapidly growing industry in the United States, and it’s clearly going to affect every part of the country. Goldman Sachs claims hydrogen generation could become a $1 trillion market in the not-too-distant future. Soon we may be using it to power our homes instead of just making fertilizer.