The planet needs you to pick up your dog’s poop

There are a pile of reasons to scoop, bury, or compost pet waste. Here are just a few. 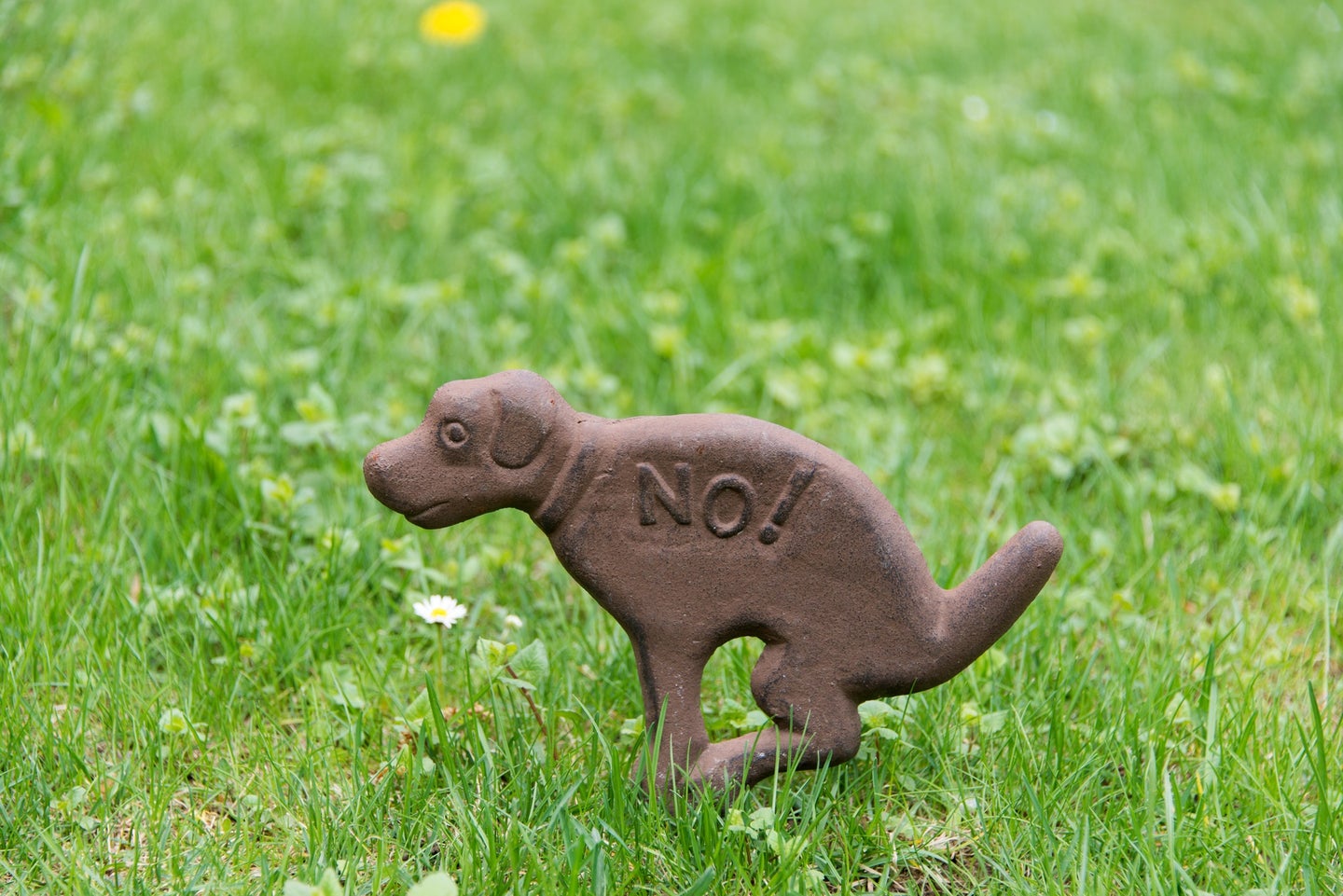 The US produces millions of pounds of dog poop a year—and a large percentage of it doesn't get picked up. Deposit Photos
SHARE

Stroll along just about any park, sidewalk, or trail, and you’re sure to see (or worse, step in) a steaming pile of dog poop. Pooper-scooper laws have helped in many places, but canine excrement still poses a constant hazard outside.

“Many people think, ‘it’s nature, it’s compost, so you can basically leave it without causing any harm,’” says Pieter De Frenne, a professor of applied botany at Ghent University in Belgium. Decades of research, however, proves otherwise. In addition to being gross, all of this doggy doo doo—millions of tons of which are produced every year in the US alone—takes a notable toll on public health and the environment.

[Related: How to lower your dog or cat’s carbon pawprint]

For one thing, dog poop is loaded with microorganisms that can get people sick. A single gram contains some 23 million E. coli and other fecal coliform bacteria, plus it hosts salmonella, giardia, and hookworm. To make matters worse, all these doggy droppings may be contributing to the worrying trend of antibiotic-resistant infection in humans.

The damage goes well beyond humans. Mid-sized carnivores, like bobcats and Indian foxes, tend to avoid areas marked by dogs, whereas the waste makes other animals (as well as trees) more prone to illness. For example, one parasite in canine poo causes abortions in sheep, deer, and cows.

Then there are ecosystem-wide effects. When washed away in rainstorms, the stool, combined with agricultural and other runoff, pollutes waterways and can lead to the closure of beaches and shellfish beds. It also contaminates farmland, and even permeates the air we breathe. In fact, a 2011 study concluded that “dog feces are likely the dominant source of aerosolized bacteria in the winter months in Cleveland [and] Detroit.”

The turds also pump phosphorous and nitrogen into the ecosystem. Two of the main components of fertilizer, these nutrients aren’t harmful in and of themselves—but in large-enough quantities, they spur algae blooms that lower underwater oxygen levels, kill aquatic life, and make swimming unsafe.

On land, meanwhile, the feces can decrease biodiversity by promoting the growth of certain common plants, which then block smaller, rarer flora from receiving sunlight. According to a February 2022 study that analyzed the impact of canine feces and urine on four nature reserves near Ghent, Belgium, on average, dogs injected an extra 11 kilograms of nitrogen and 5 kilograms of phosphorous per hectare each year—a “substantial” amount. Elsewhere, even in areas where the pets had been banned for years, the soil held elevated amounts of nutrients.

“Dogs are fed protein-rich diets at home,” says De Frenne, lead author of the paper. “That is a key difference from wild animals.” Moreover, wild animals “simply recycle nutrients that are already present in the ecosystem” De Frenne explains, whereas domestic ones “import nutrients.”

It’s not that dogs are uniquely noxious. Greg Okin, a professor at UCLA’s Institute of the Environment and Sustainability, points out that “cat feces is much, much more dangerous,” and that “a dog’s mouth is cleaner than a human’s.”

The problem largely lies with the sheer number of dogs—including at least 78 million in the US, 90 million in Europe, and a rapidly rising population in China—each of which emits nearly half a pound of poop and nearly one pint of pee daily. Unlike human waste, another major disease vector, much less effort goes into proper disposal of canine smelly stuff.

So, what’s a dog owner to do? De Frenne and his team state that simply picking up the excrement removes 97 percent of all phosphorous, 56 percent of all nitrogen, and drastically lowers the disease risk. As one clean water campaign stateside puts it, “If you think picking up dog poop is unpleasant, try swimming in it.”

[Related: The right way to walk your dog]

Unfortunately, two recent surveys, one from Washington and another from Colorado, show that roughly a quarter of dog owners resist even this basic step (which would actually be an improvement from the 1990s). Research shows that dog owners likewise regularly disobey leash laws.

Of course, scooping up poop presents another challenge: more trash in landfills. A 2020 German study found that nearly 10,000 plastic bags were needed for feces disposal over the course of an average dog’s life, whereas in 2017, Okin calculated that US dog and cat waste weighs about as much as all trash produced in the state of Massachusetts.

For that reason, Okin recommends putting dog doo doo in the toilet (though this comes with its own complications, such as potentially clogging septic tanks). “After limiting the size of your dog and what they eat, figure out a system where you can flush sh*t, because that’s where sh*t belongs,” he says.

Other possible solutions include burying it away from waterways or composting it, usually with a specialty dog waste company, as municipal composters ban it and home compost bins don’t necessarily get hot enough to kill all the pathogens. Doggy loos and pooch patches—which can be as simple as a sandpit at the beginning of a trail—are also used in some places, as are waste digesters that turn the poop into energy.

The waste issue is only one way dogs wreak havoc on the environment. Off-leash canines prey directly on wildlife, from seals to koalas, and sometimes harass shorebirds to the point they abandon their nests. “Dog owners are animal lovers,” says Mike Weston, an associate professor of wildlife and conservation biology at Deakin University in Australia, who researches human-wildlife interactions. “But often they seem to place priority on their dogs over other animals.”

Meanwhile, as Okin’s study and the 2020 German study point out, dogs contribute to climate change and a host of other environmental hazards, mostly through the meat raised to feed them.

Still, canines provide humans with myriad well-documented rewards, including companionship, increased exercise, and improved mental health—and that’s not even counting the invaluable assistance provided by detection dogs, seeing-eye dogs, herding dogs, and other working dogs. On rare occasions, they even serve as wildlife protectors, like the ones that famously saved an Australian penguin colony from invasive foxes.

As the experts studying the issue are quick to emphasize, no one need get rid of their proverbial “best friend.” “We’re all about coexistence,” Weston says. “We’re not interested in telling people not to have dogs, because dogs have so many wonderful benefits for people.”