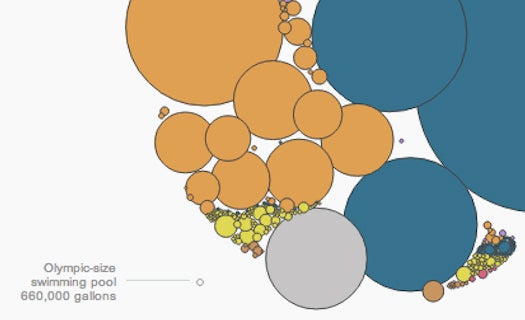 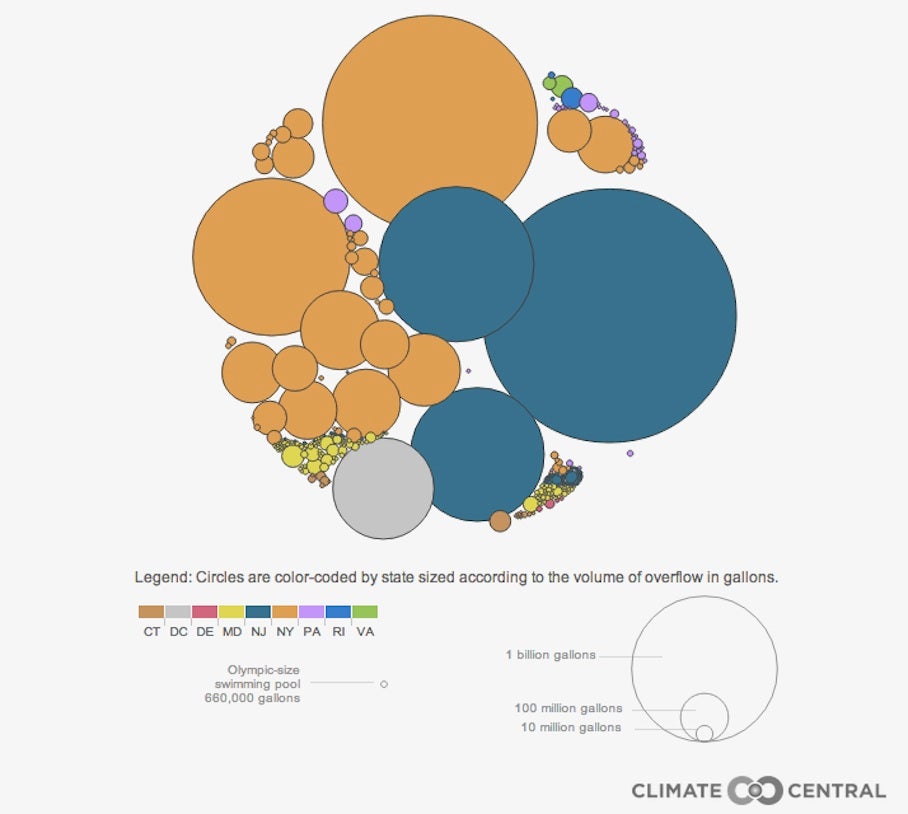 You know that Hurricane Sandy knocked out power and public transportation for millions on the East Coast. But there was another important utility that suffered, too: sewage plants. More than 10.9 billion gallons of untreated and partially treated sewage flowed into East Coast waterways and city streets for weeks after Hurricane Sandy, according to a new report from Climate Central, a nonprofit organization that studies and reports on climate change.

Climate Central had some great comparisons to help you visualize that. It’s equivalent to New York City’s Central Park, packed 41 feet high with sewage. It’s 50 times the volume of the BP Deepwater Horizon oil spill. I think I’m beginning to understand why my favorite Long Island beach will be closed to visitors this summer.

In most cases, Sandy’s storm surge either damaged sewage plants or put them out out of power for so long that they ran out of generator fuel. Either way, the incapacitated plants released untreated sewage straight into nearby waterways, which is a threat to public health and the environment. Plant operators weren’t being malicious or cutting corners, Climate Central reported. They followed best practices to reduce how much sewage they had to let go, or at least disinfected the sewage before dumping it. The plants were simply overwhelmed.

If you’re curious about the individual spills that Climate Central tracked, the organization put together a nice interactive graphic about it. The data come from state agencies and individual treatment plant operators: