What Does A Climate Scientist Think Of Glenn Beck’s Environmental-Conspiracy Novel? 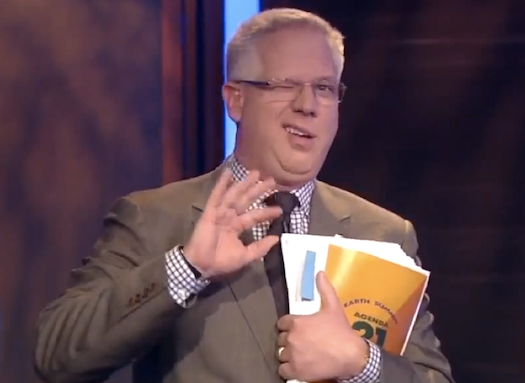 When I was first asked to review Glenn Beck’s new tome Agenda 21, I feared I could not accomplish the task objectively. After all, Beck–as recounted in my own book The Hockey Stick and the Climate Wars–once suggested that I, and indeed all of my fellow climate scientists, commit hara-kiri out of shame for promoting the purportedly bogus science of climate change. Hard not to harbor a bit of a grudge after that.

So I was relieved to learn that Beck did not actually write the book. In her recent article “I got duped by Glenn Beck!” (Salon.com, November 19), Sarah Cypher–the editor for an early draft of the book–revealed that Agenda 21 was in fact ghost-written by one Harriet Parke. Beck, it turns out, simply purchased the right to claim he’d written the book. Possessing an even lower opinion now of Mr. Beck, but satisfied there was no longer any conflict of interest, I proceeded to read the book with as open a mind as I could muster.

It resembles a collision between The Matrix, Soylent Green, and Atlas Shrugged.The premise of Agenda 21 lies in a set of principles, outlined in an actual early 1990s United Nations document of the same title, emphasizing the importance of environmental sustainability in plans for global economic development. In the book’s paranoid imagination, however, such precepts become an Orwellian prescription for a future gone terribly awry. Agenda 21‘s dystopian vision resembles the remains of a fatal three-way collision between The Matrix, Soylent Green, and Atlas Shrugged.

While the story told by Agenda 21 is purely fictional, a very real agenda emerges. The author, and her facilitator Glenn Beck (as well as ultraconservative entities like the Scaife Foundations and the Koch Brothers who fund the larger anti-environmental disinformation campaign within which this latest propaganda effort is embedded) would have you believe that policies aimed at preserving our environment are the true threat to our future. The author imagines a society where human beings are trapped in concrete cells separated from the planet’s natural fauna, flora, and water, and even their children (who are taken away from them at birth). They consume “nourishment cubes” in place of more recognizable food items. Adopting measures to preserve the health of the planet has somehow led to a world in which human beings have become more isolated from their natural environment. No satisfactory explanation for this paradox is ever provided.

The implausible premises don’t end there. The author (and Beck) suggest that support for environmental policies was a diabolical plot to create a socialist world government that now rules the planet (chillingly referred to as “The Republic”). Yet the very same week the book was released, the World Bank—an organization founded on free market principles—issued a report confirming that business-as-usual carbon emissions represent a near and present danger to civilization. The report explains how our global infrastructure—agriculture, transportation, and energy systems—would be fundamentally compromised by warming of just a few more degrees. “We don’t have time to lose” [in reducing our greenhouse gas emissions] the World Bank’s Rachel Kyte was quoted as saying. This is one of the sternest warnings yet issued on the threat of climate change inaction. And in total contradiction to the book’s’ thesis, that warning comes from an organization whose very reason for creation was to guard against the potential rise of socialist governments (in the wake of the mass upheaval resulting from World War II).

The book problematically neglects the laws of thermodynamics.The book would also have you buy into the canard that principles of environmental sustainability are somehow in conflict with religious faith. The future envisioned in Agenda 21 is one where individuals are disallowed from open practice of religion. But in reality, some of the most passionate advocates for action to avert dangerous climate change are faith-based organizations such as Interfaith Power and Light who see protecting the environment as part of humankind’s covenant to serve as stewards of the Earth and preservers of creation. 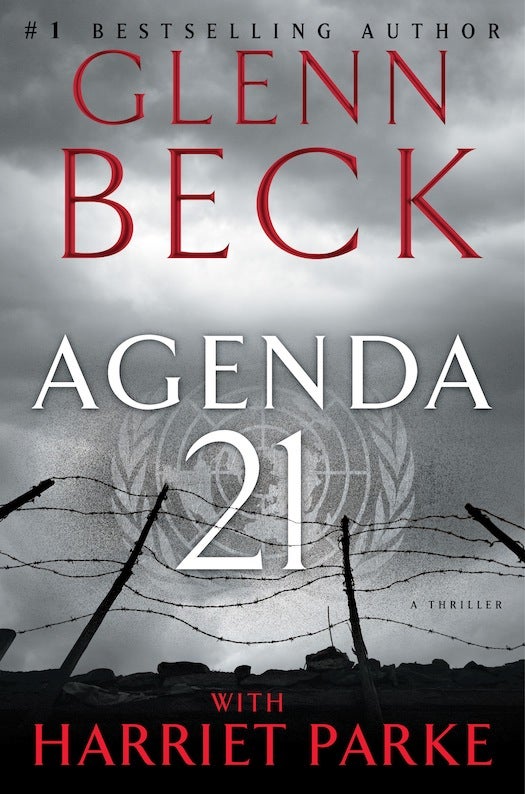 And what about the book’s treatment of matters of science? I’m usually willing to suspend disbelief for the sake of a good fictional narrative. But the conceit that human beings might in some dystopian future be imprisoned as beasts of burden and raised and kept alive purely for the energy that can be harvested from them goes too far. Such a scenario problematically neglects the laws of thermodynamics. It makes little if any sense, after all, to employ a primary energy source (be it the incoming radiation from the Sun, the heat escaping from Earth’s core, or the energy released from the burning of fossil fuels) to manufacture proteins or raise crops, only to feed an army of macrofauna (i.e. human beings), only in turn to harness the energy they produce. If it is only energy that is being sought, such a chain of energy conversion processes is inefficient to the point of absurdity. The only sensible option would be to exploit the primary energy source itself.

I did my best to ignore the implausibility of this plot device when it first reared its head in The Matrix. But it is far less tolerable when used as a foundation for a misguided anti-environmental narrative. We are forced to accept, without explanation, how decades into the future no effort has been made to take advantage of far more plentiful and efficient renewable energy sources like wind and solar energy (which, by some estimates, could provide 70% of our energy needs in the U.S. in less than two decades). Not only have renewable energy technologies apparently not benefited from the increased efficiencies expected after decades of further research and development, they appear to have vanished altogether!

Michael E. Mann is a climate scientist, the director of Penn State’s Earth System Science Center, and the author of two books: Dire Predictions and The Hockey Stick and The Climate Wars. Follow him on Twitter here.