Scientists and Spies Team Up On Global Warming

In a break from their usual business of overthrowing South American governments, covering up alien landings, and broadcasting coded messages... 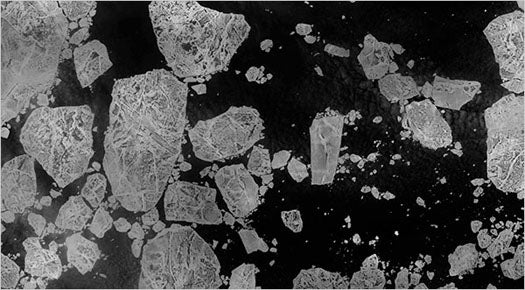 In a break from their usual business of overthrowing South American governments, covering up alien landings, and broadcasting coded messages through my fillings, the CIA has revived a program that teams up spies and scientists for the study of climate change. Through the program, scientists get access classified images of the polar ice caps, as well as the chance to pick the targets of off-duty spy satellites.

The program, which began under former President Clinton but was canceled by former President Bush, takes advantage of the vast array of sensors and satellites operated by the CIA. Many times more powerful than regular commercial imaging satellites, the spy satellites used in the program produce pictures of the Arctic ice cap so sharp that they have to be digitally blurred before public release, lest the resolution tip off US enemies to the power of the satellite’s cameras.

The combination of the incredibly high quality of the images and the size of the area they can survey has provided scientists with a treasure trove of new data about melting and ice formation on the North Pole. In fact, the images are so unique that a recent report from the National Academy of Sciences said, “there are no other data available that show the melting and freezing processes.”

Efforts to restart the program began in 2008 when former-Vice President Al Gore lobbied Senator Diane Feinstein to restart the program. Then, last October, the CIA created a unit devoted specifically to climate change, followed in November by a meeting between the climate scientists and CIA director Leon Panetta.

And for everyone worrying that these satellites are monitoring polar bears when they should be watching for Al Qaeda, rest easy. The satellites only take pictures of the ice on their off hours, making the program safe and cheap, in addition to useful.