America’s first National Park, Yellowstone, is home to some of the richest wildlife on Earth beyond the plains of Africa.... 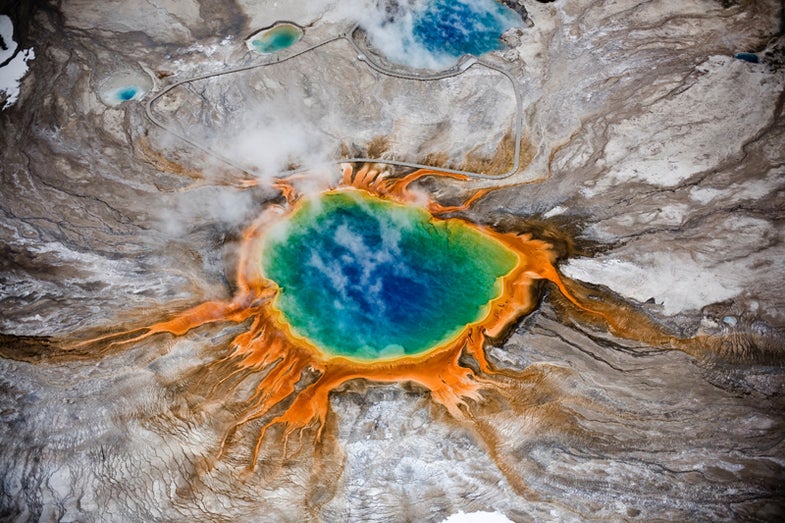 America’s first National Park, Yellowstone, is home to some of the richest wildlife on Earth beyond the plains of Africa. Available today on BBC Video DVD and Blu-ray release, Yellowstone: Battle for Life follows the intertwining stories of Yellowstone’s iconic inhabitants – including America’s last great bison herds, the grizzly bear, the grey wolf, and the antelope– as they battle to survive.

Check out our amazing selection of images from the documentary, and leave a comment to be in the running to win the DVD. We’ll randomly choose and announce our ten winners here on October 23, 2009. Good luck! 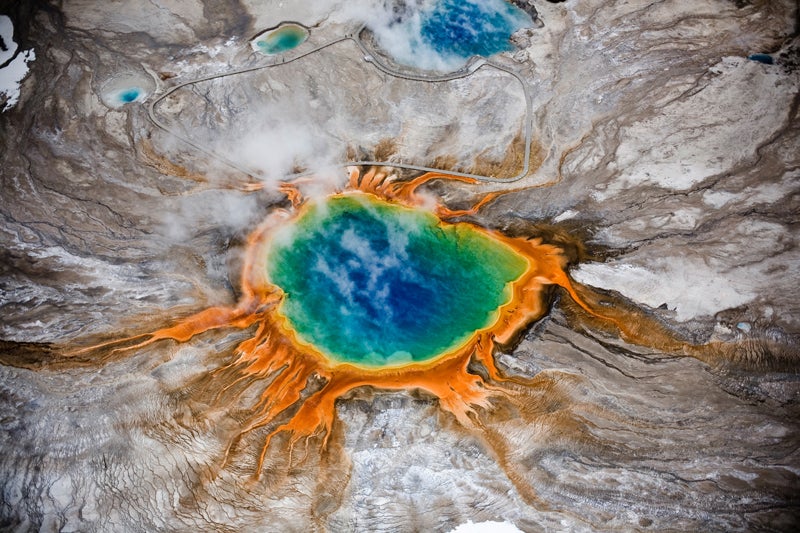 The Grand Prismatic hot spring is a deep thermal spring, richly colored by growths of exotic heat-loving micro-organisms. Some believe they offer a glimpse of what the first life on earth would have looked like. 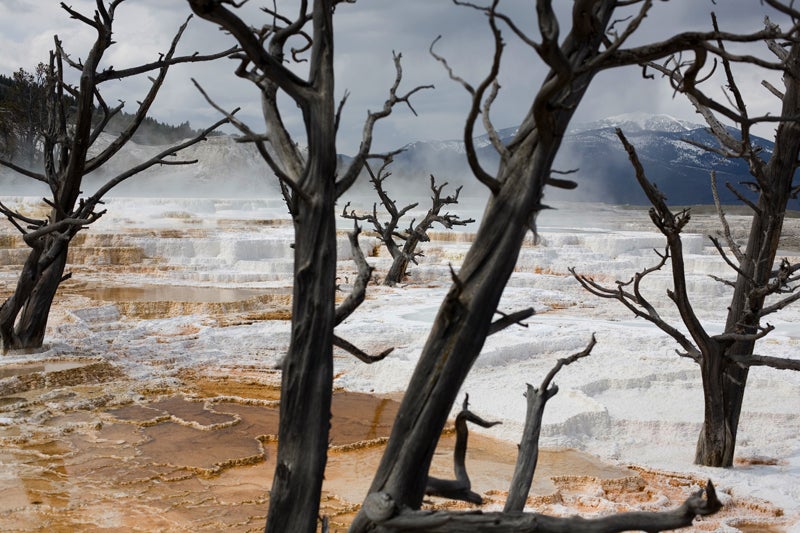 Yellowstone sits atop a super-volcano and remains geologically very active. Recent changes in the volcanic springs have killed these pines by cooking their roots as the branches above freeze in winter. A raven flies though steam from Clepsydra Geyser. This geyser erupts nearly non-stop, sending plumes of steam across the Firehole river valley of Yellowstone. 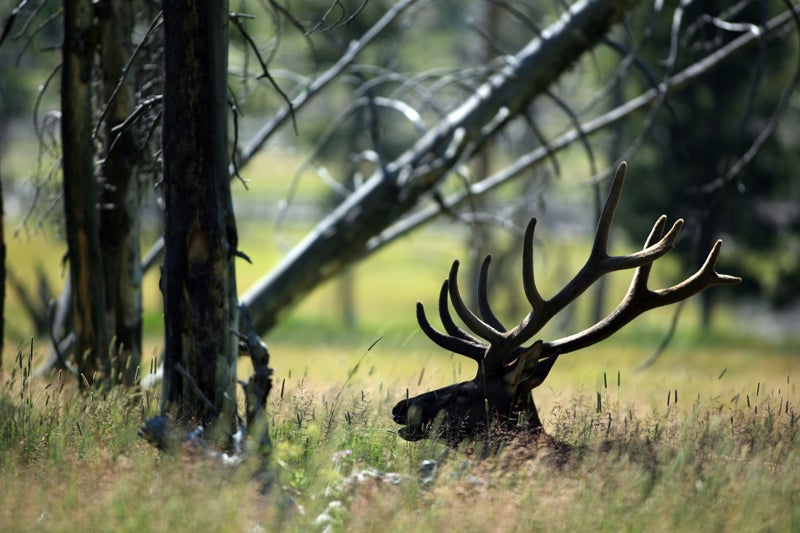 A male Elk, with antlers in ‘velvet’, feeds in Yellowstone’s long summer grass. The ‘velvet’ that covers a growing set of antlers is actually a highly vascular skin. It supplies oxygen and nutrients to the antler’s bone as it forms. 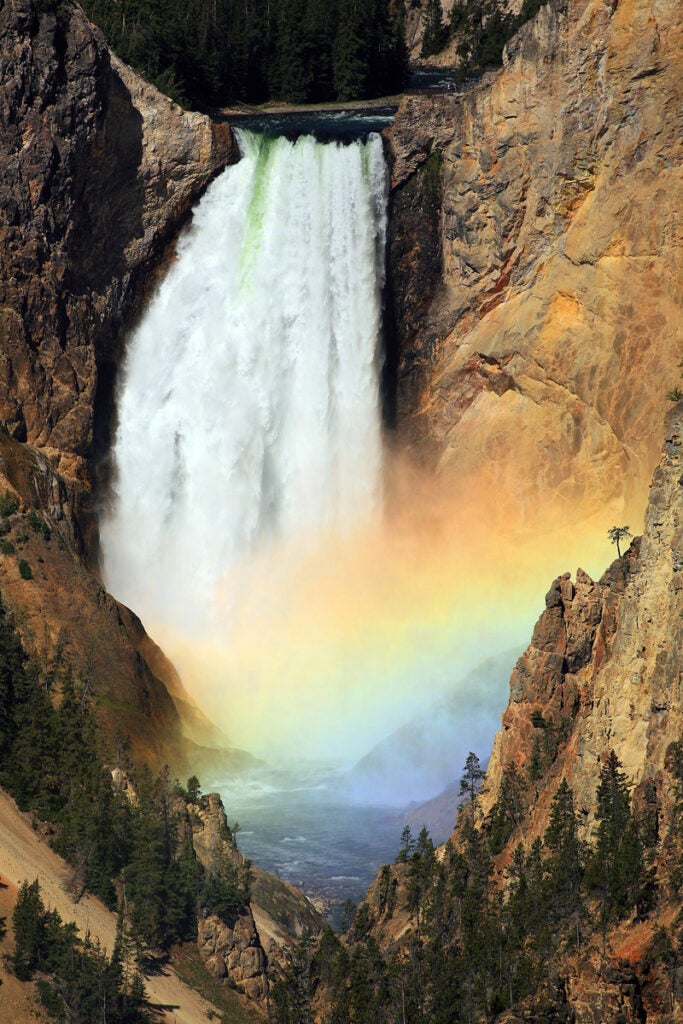 A rainbow on the lower falls of the Yellowstone River, the tallest waterfall in the park (it’s 308 feet high). 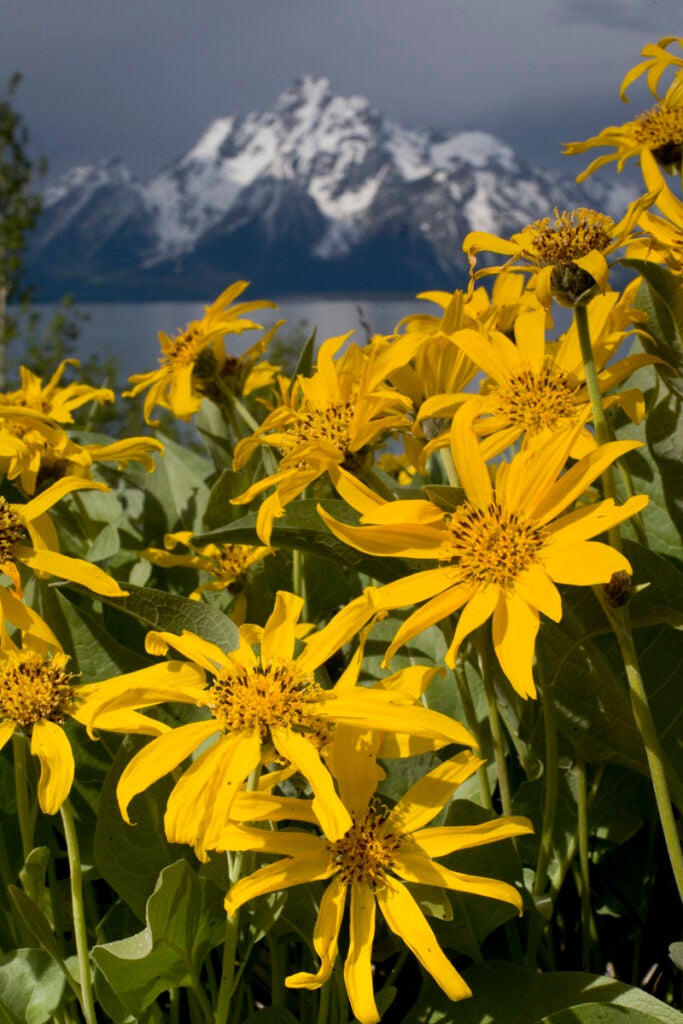 Yellow balsamroot flowers in early spring, seen here in the shadow of the Teton mountains. 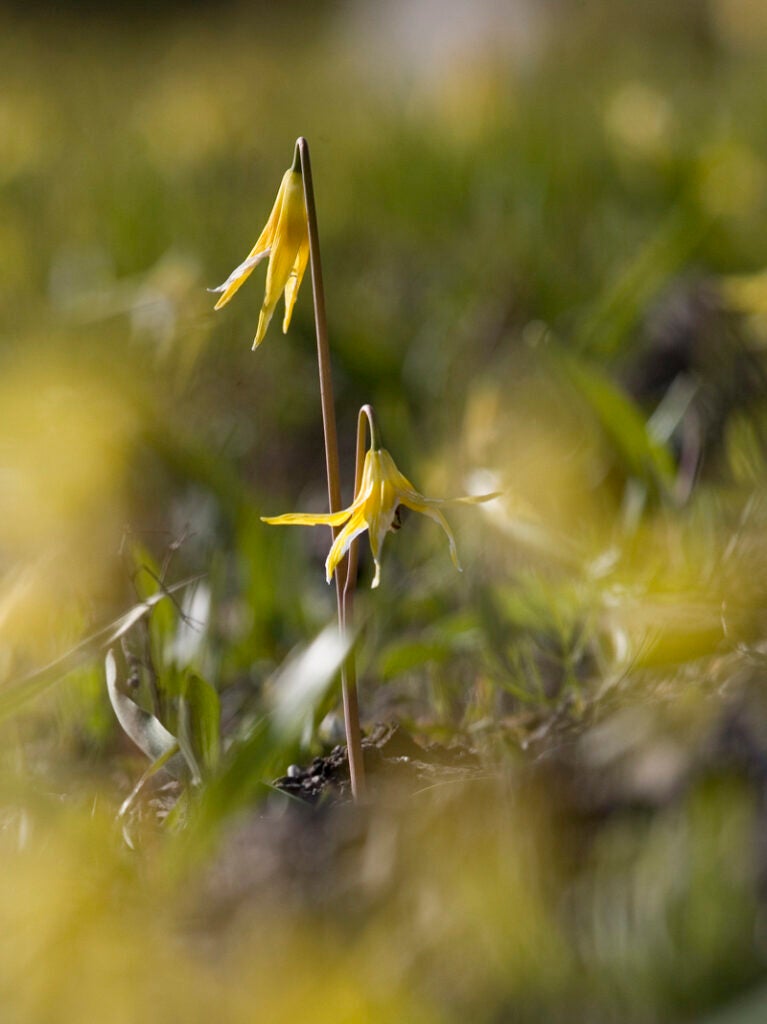 Glacier lilies are amongst the first flowers of the Yellowstone spring, blooming just as the winter snow melts. 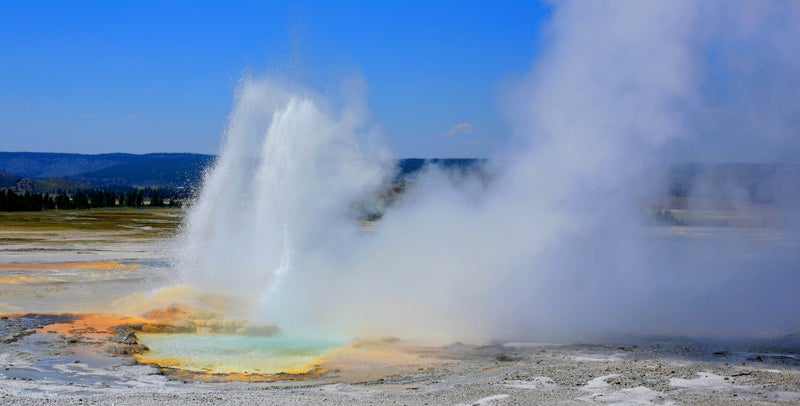 Another great shot of Clepsydra geyser. It is one of over 500 Geysers in Yellowstone. 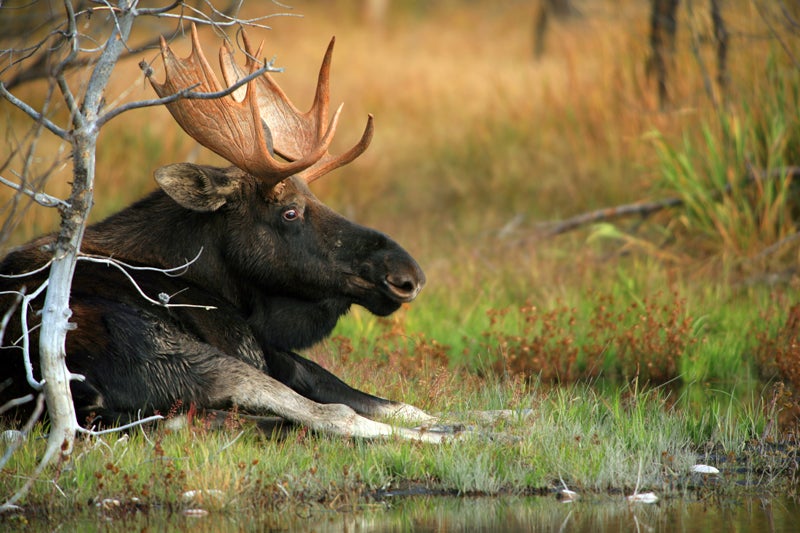 A large male moose, seven feet high at the shoulder and weighing over 1000 pounds. Moose prepare to fight during Autumn, while they’re in a the mating rut. 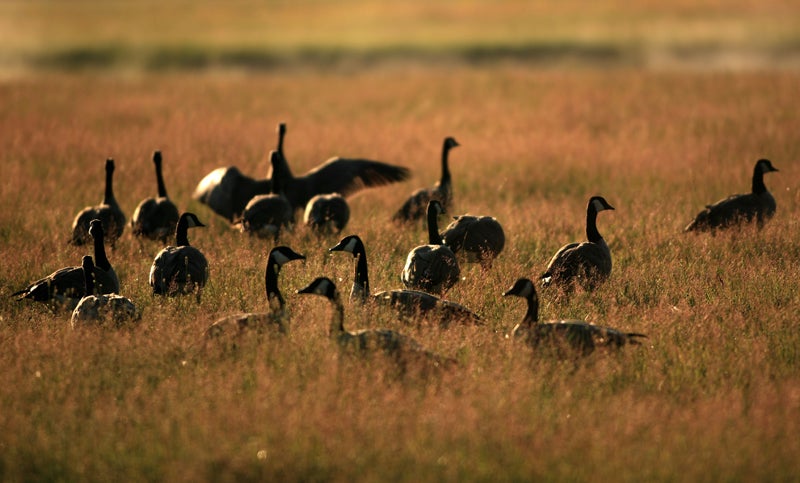 Canadian Geese feeding in a field of autumn grass. Having bred over the summer, they are preparing to leave Yellowstone for the winter. 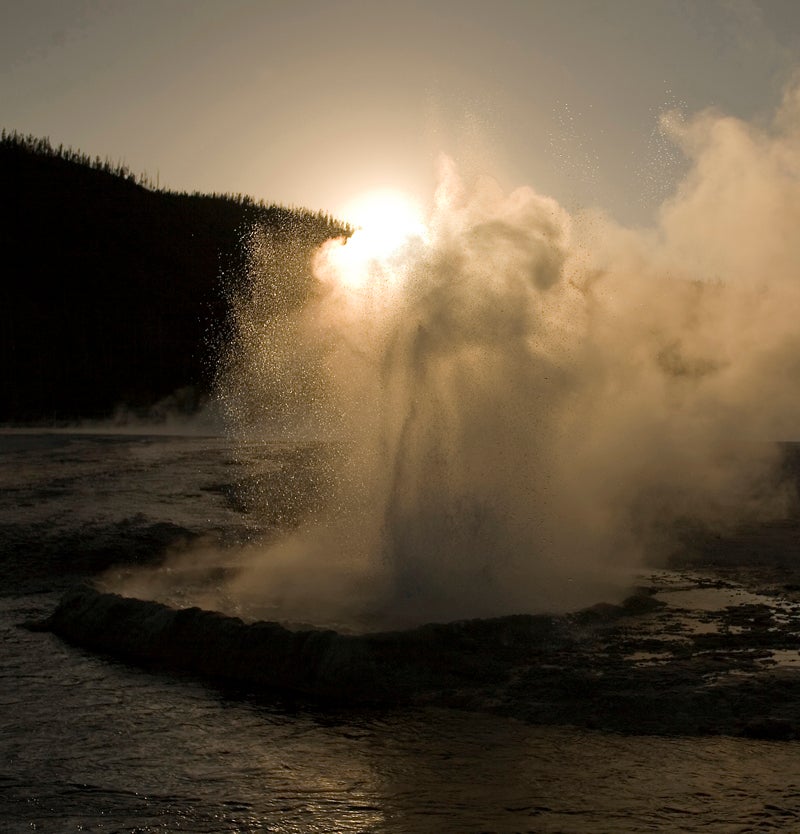 One of Yellowstone’s 500 geysers. Yellowstone has the largest concentration of Geysers in the world. 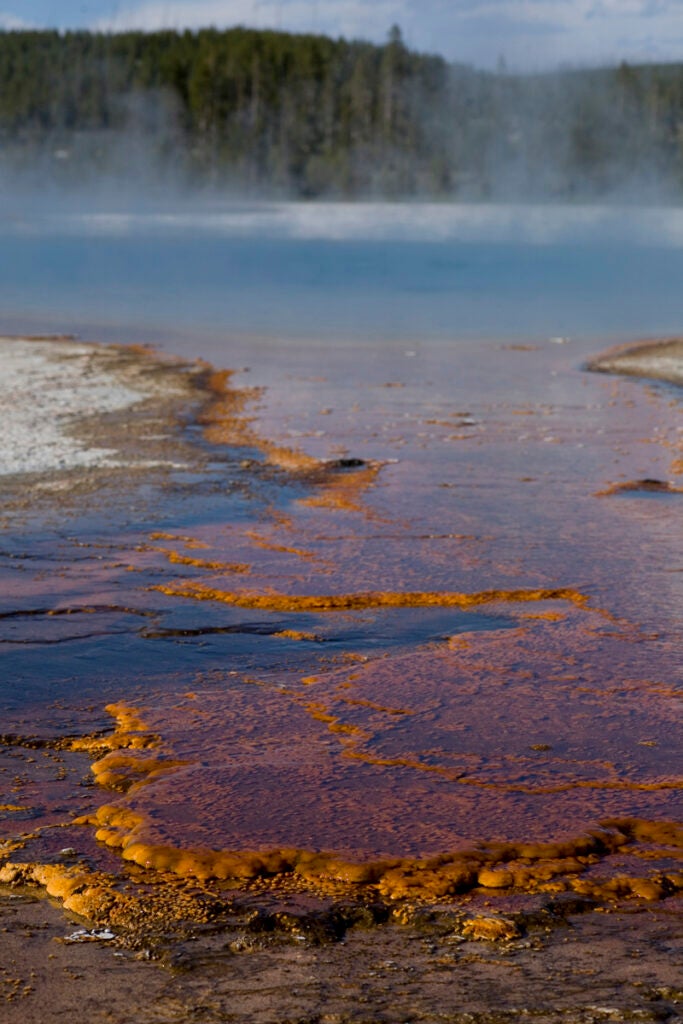 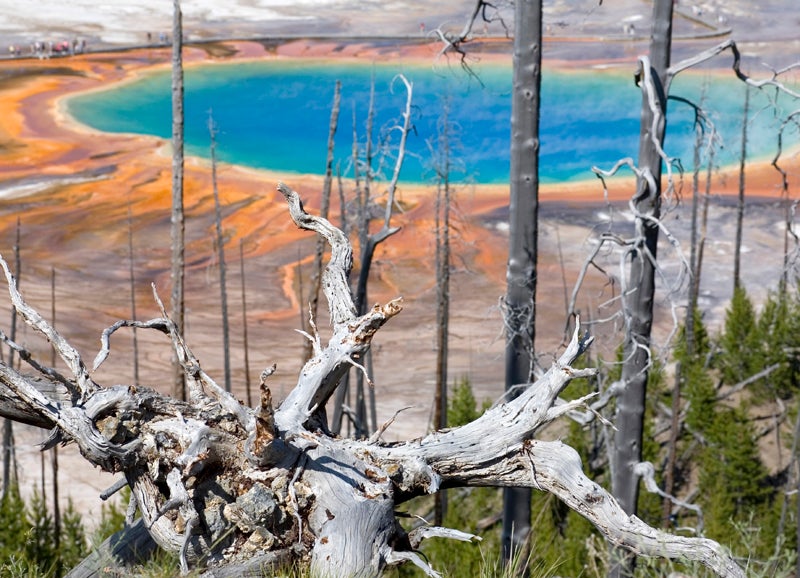