Forget the Orkin Man; with pests like this, you might need to call Ripley. Scientists have recently discovered two new,... 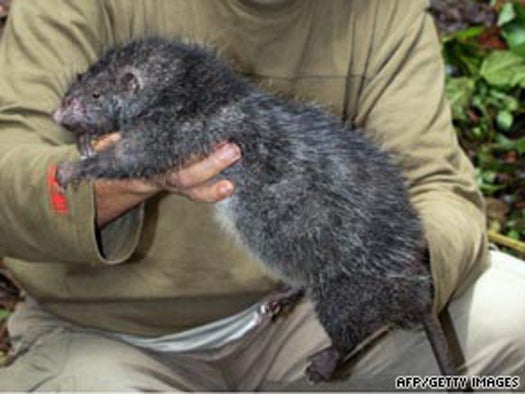 Forget the Orkin Man; with pests like this, you might need to call Ripley. Scientists have recently discovered two new, giant versions of common pests.

In this corner, hailing from Papua New Guinea and weighing in at a hefty 3.3 pounds comes the the Bosavi woolly rat. And in the other corner, in the bright yellow outfit and representing Malaysia, please welcome Heteropoda davidbowie, “the Spider from Mars.”

First, the giant rat. Discovered inside the crater of an extinct volcano, the Bosavi woolly rat is not a giant guinea-pig-like rodent like the capybara, but an actual member of the rat family. The rat is almost three feet long, and is one of the largest rats ever found. It looks like the newly discovered rat-eating plant may have met its match. 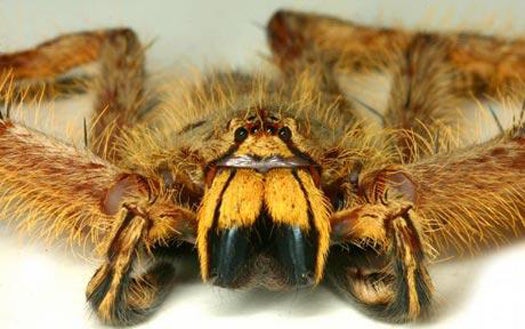 The Spider That Sold The World

Also discovered on a Pacific archipelago — this time Malaysia — the Heteropoda davidbowie spider was named after the album The Rise and Fall of Ziggy Stardust and the Spiders From Mars. Not incidentally, the spider’s yellow fur closely resembles Bowie’s hair on the album’s cover. Scientists specifically named the spider after a celebrity as a publicity stunt, hoping that the increased exposure would highlight human destruction of the spider’s habitat. Habitat destruction is particularly pressing for this species of spider, as scientists estimate less than 500 of them remain in the wild.

[via CNN and The Telegraph]