In the hope of combating anorexia, 50 members of the French Assembly have proposed a bill that would require magazines... 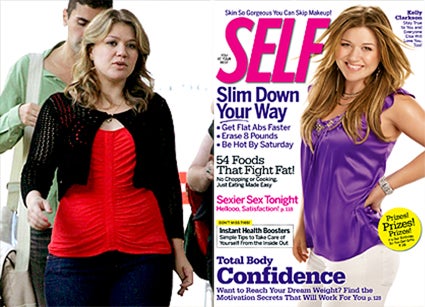 In the hope of combating anorexia, 50 members of the French Assembly have proposed a bill that would require magazines to label any portraits that have been digitally altered. They claim that slimmed-down pics of celebs lead to anorexia in young women looking to attain unrealistic body sizes.

Obviously, gray area abounds. The bill says: “The publicity photographs of people whose physical appearance was altered by software image processing must be accompanied by the words: ‘photograph retouched to change the physical appearance of a person.'” It does not clarify what it means by “altered”. Does lighting count? Changing shading? What about color correction? And then there are all the non-digital tricks like make up, clever angles and special lighting that can alter a person’s appearance as much as any computer.

The bill’s goal is admirable, but misguided. Photography, by its very nature, distorts reality. Further more, we now live in the age of digital alteration, where “photoshop” is a verb and even the news alters pictures. To protect children from harming themselves as a result of the disconnect between reality and the contrived world presented in all media, not just photos, the French government might want to emphasis health education, rather than trying to rebottle the digital media genie.