Two women in China have achieved the dubious honor of being the first humans to be killed by nanotechnology. The... 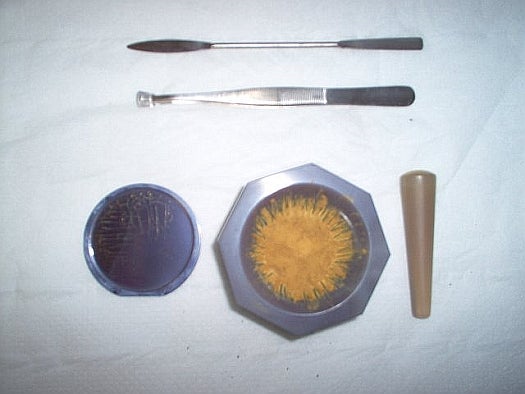 Two women in China have achieved the dubious honor of being the first humans to be killed by nanotechnology. The women, who worked in a poorly ventilated factory spraying a paint that contained nanoparticles, reportedly inhaled the particles over a period of months. The tiny compounds infiltrated the workers’ lungs and skin, causing lung damage, fluid buildup, and eventual respiratory failure.

Five other women have been hospitalized for the same condition.

Reuters quotes Yuguo Song, a Beijing toxicologist whose report appeared in European Respiratory Journal: The particles’ size “means that they can penetrate the body’s natural barriers, particularly through contact with damaged skin or by inhalation or ingestion,” and once they’ve entered lung cells they cannot be removed.

Nanotechnology’s uses are as wide-ranging as the particles are small; Reuters projects that the market for the tiny tech will reach one trillion dollars by 2015. In the last few months alone, PopSci has reported on using nanotech to boost power, track criminals, create motors, destroy tumors, and build more nano-molecules.

There has long been speculation about a dramatic disaster in which the entire world is consumed by out-of-control self-replicating nano-bots, but realistic scenarios of currently existing nanotech killing humans have received somewhat less attention.

The White House, it turns out, has a National Nanotechnology Coordination Office, whose head promises that proper ventilation and masks would have made the Chinese factory environment completely harmless. We’ll be carefully watching the future of nano-safety and nano-risks — with our nano-enhanced eyesight.