Containing the Sahara with Bacteria-Built Walls 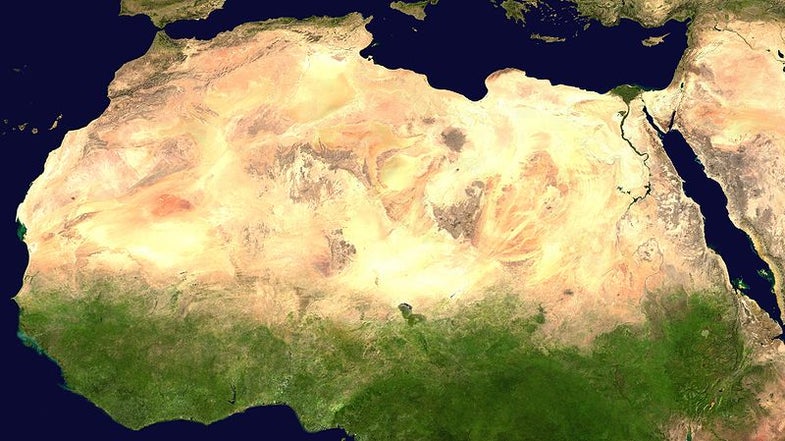 The Sahara, as well as other deserts around the world, is growing, in a process called desertification that ends up displacing people and crops. The situation has become drastic in a number of sub-Saharan countries. One suggestion from architect Magnus Larsson at the recent TED Global conference suggests constructing a massive wall, 3,700 miles long — built from the sand itself. The trick would be to use bacterial labor to build it.

Bacillus pasteurii is commonly found in wetlands, and is able to chemically create calcite. By unleashing the bacteria on areas of the desert, sand could be solidified into sandstone within a few hours. The way Larsson proposes to do this is fill massive balloons with bacteria and station them along the Sahara’s southern border, where the weight of the oncoming waves of sand would pop the balloons. The released bacteria would then quickly set up a protective wall to block future sand shifts.

Even Larsson admits that the idea still has a lot of kinks to be worked out. But with an estimated one-third of the world’s population under the threat of desertification, a solution is needed. The previous best idea was to plant a line of trees along the border, the roots of which would help maintain a grip on the soil. However, because of the poverty in those areas, many of the trees were chopped down for the wood. Maybe walls built by bacteria-filled balloons are the way to go.