MIT To Follow 3,000 Pieces of Trash From Curb to Landfill (and Beyond) With Geotags

Project Trash Track will use location-aware smart tags to visualize trash's amazing urban journey, from the side of the curb to the landfill and beyond 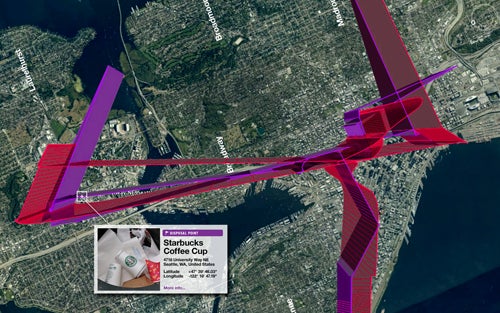 Trash becomes invisible to most people as soon as they haul their trashcans out to the curb. Now MIT wants to change that by using tiny smart tags that will broadcast the location of 3,000 pieces of rubbish as they travel through the urban ecosystem and beyond.

Project Trash Track is slated to start with 3,000 pieces of donated trash that will be tagged in New York, Seattle and London. Researchers at MIT’s SENSEable City lab want to better understand the patterns and costs of urban trash disposal, as well as show consumers what happens to that Starbucks coffee cup or old appliance which gets thrown away.

“The study of what we could call the ‘removal chain’ is becoming as important as that of the supply chain,” said Assaf Biderman, associate director of the SENSEable City lab. “Trash Track aims to make the removal chain more transparent.”

Each electronic tag is encased in a protective waterproof resin, and uses cell phone technology to broadcast its location to a central server. Thousands of such tags will be attached to waste samples representative of a city’s typical overall consumption.

Trash Track first started because of the Green NYC Initiative, which aims to boost waste recycling in New York to nearly 100 percent by 2030. Just 30 percent of the city’s waste currently ends up recycled.

“We hope that Trash Track will also point the way to a possible urban future: that of a system where, thanks to the pervasive usage of smart tags, 100 percent recycling could become a reality,” said Musstanser Tinauli, a MIT research assistant working on the project. 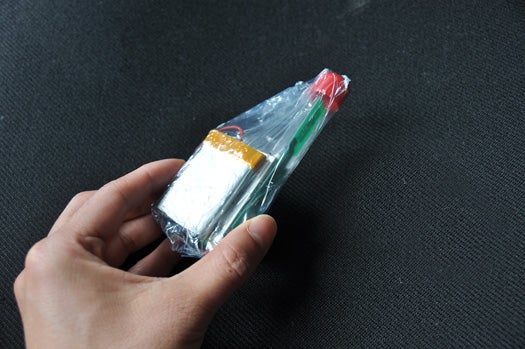 We previously showed you how to create a DIY tracking system that could follow anything from cars to kids. But we’re excited to see where MIT’s effort leads the future of waste–not to mention use of smart tags.

The trash migration patterns will be made public online starting in September, as well as in exhibits at the Architectural League in New York City and the Seattle Public Library. More actively inclined consumers can start scrounging around trashcans for interesting pieces of rubbish, because MIT is still looking for donations.