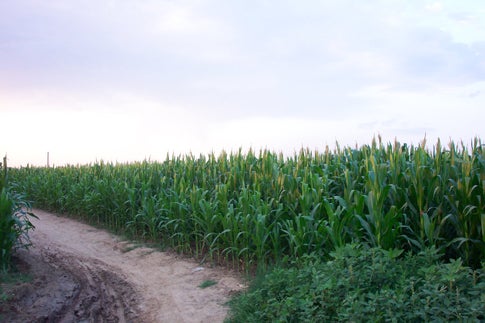 Any gardener knows weeds are tough. You spray, them, you uproot them, but they keep coming back. Well, some scientists are looking to harness the resilience of weeds to fortify food crops against the causes and consequences of climate change.

Over the past few years, studies have shown that many weeds survive far better in the high-heat, high atmospheric carbon dioxide environment of the future than their regularly cultivated counterparts. Thus, as carbon dioxide levels rise, spurring on greater climate change, many crops such as rice and corn face the dual problem of increased competition from weeds and reduced yield from a harsher environment.

Now, scientists hope to either breed or genetically engineer the genes that make weeds to successful into the food crops. For instance, rice does not produce seeds when the temperature rises above 90 degrees Fahrenheit, and cannot compete with a closely related weed plant called red rice in a high CO2 environment. By breeding the red rice genes into the regular white rice strains, scientists can create hybrid rice that can both withstand the heat and out-compete the weeds.

Interestingly enough, since many different breeds of crops have the different features that resist the effects of global warming, the process of protecting the food supply from climate change may also diversify the crop population beyond the monoculture common today.