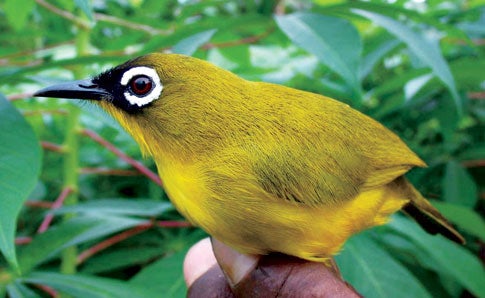 White-eyes diversify at four times the rate of other birds. A change to the white ring around its eye is a common indicator of a new species. Courtesy Chris Filardi/Center for Biodiversity and Conservation/American Museum of Natural History
SHARE

Evolution in the Fast Lane

Members of the Zosteropidae family are not birds of a feather. White-eyes, sparrow-like songbirds, are the fastest-evolving bird on record. According to a recent genetic analysis of several dozen subspecies by Chris Filardi, a biologist at the American Museum of Natural History in New York, 80 species have emerged in the past two million years. Among vertebrates, only the cichlid fish evolves faster, probably due to abrupt changes in its geographically confined habitat, a common catalyst for speciation. But white-eyes populate three continents, so Filardi suspects that sexual selection and social behavior drives the birds’ speedy diversification, which includes changing plumage and songs. 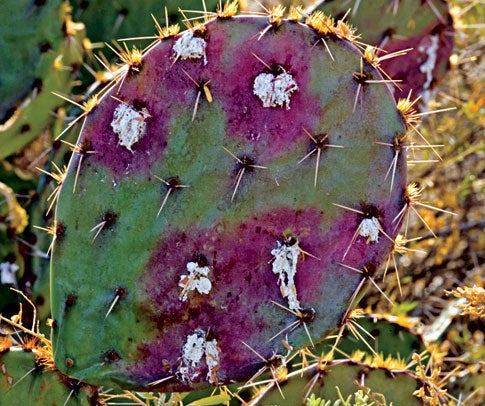 Strawberry yogurt, maraschino cherries and fake crabmeat all share an odd ingredient. Their red dye comes from crushed female cochineal beetles, an insect native to the subtropical and tropical Americas. Consumer advocates argue that companies should include the ingredient on food labels because of rare, yet potentially fatal, allergic reactions. The FDA currently classifies the bug extract as “artificial color” on food labels, but its new ruling requires companies to list the insect by name beginning in 2011. 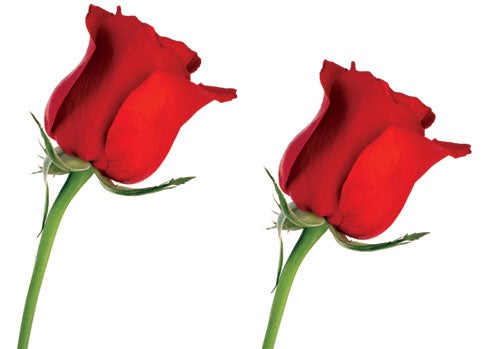 A rose by any other name may smell as sweet, but a genetically modified rose could smell sweeter. Last fall, scientists at Hebrew University in Israel identified and boosted a gene that produces petunias’ scent. Now they aim to overhaul roses, because farmers breeding for looks and disease resistance have inadvertently cut the aroma of most roses. After making fragrant roses, the group will insert the gene into yeast for cheaper biologically based perfumes.