Looking to cities around the world for inspiration 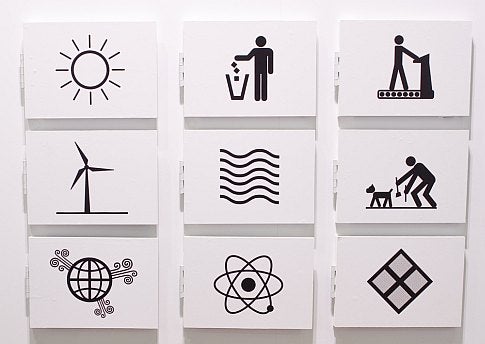 Lean times call for green measures. Even before the cash crunch came to fruition, New York City was looking for ways to cut costs and bolster environment initiatives.

A brainchild of Mayor Michael Bloomberg, PlaNYC (pronounced plan-why-see) avoids the wait-and-see approach, in favor of a proactive checklist of what needs to happen to help the Big Apple adapt to a predicted influx of a million new residents by 2030. An exhibition at the Museum of the City of New York gets to the core of the proposed changes and looks to other cities for fixes that are more than skin-deep.

You don’t have to be in midtown Manhattan to know those are lofty goals. Just take a look at the hazecam to check out the current soot situation.

Formerly laden with landfills and home to a major auto manufacturer’s biggest plant, Malmö, Sweden, is no longer a Saab city. An $85 million transformation ushered in the new Bo01 neighborhood — and inventive ways of reusing refuse. Buses run on biogas made from organic waste, plastics of all sorts are recycled and renewable energy (mostly wind power) is the norm.

Singapore is no stranger to congestion. It’s not surprising that the Malaysian metropolis inaugurated its first congestion-pricing plan in 1975. (A similar plan in New York failed to pass in the City Council last year.) Traffic is down by 30 percent, even after a one-third increase in the number of workers streaming into the downtown area.

Sometimes the best solution is to start from scratch. New construction means new materials and more resources but it offers an opportunity to avoid old-school mistakes. In South Korea, 1,500-acres of reclaimed land are getting ready for a green-over. Forty minutes southwest of Seoul, Songdo City will be the world’s first international business zone based on Earth-friendly design. Forty percent of its footprint will be green space (as opposed to ten percent in New York City) and trash trucks will be a thing of the past: pneumatic tubes will whisk waste to processing facilities. To keep carbon emissions down, Korea’s urban green giant will pull from at least one New York City success story. Its 100-acre Central Park is modeled on New York’s verdant heart.