Energy where and when it's needed 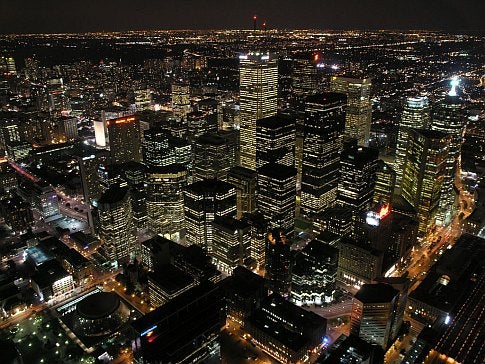 Dear EarthTalk: What is the so-called “smart grid” I’ve been hearing about, and how can it save energy and money? — Larry Burger, Litchfield, CT

America’s electricity grid is built upon what many consider to be an antiquated principle: Make large amounts of electricity and have it always available to end users whether they need it or not. It’s much like the way most home water heaters keep water constantly hot even when it is not being used. It is also a strictly one-way relationship, with utilities supplying power to end users, but not vice-versa.

The smart grid concept is predicated on a two-way flow of energy — and information — between electricity generators and end users. The system not only delivers power to end users as needed, depending on demand; it also gathers power from end users that produce their own — homes and businesses that generate solar, wind or geothermal power themselves — when they have more than they need.

Some 42 states, and Washington, DC, already require utilities to have systems in place to buy excess energy generated by their customers. But, writes journalist Michael Prager in E – The Environmental Magazine, “because they can’t know in real time that power is coming in, utilities generate as much as they would have anyway.” He adds that when information flows both ways, end users will be able to send information back to the grid specifying how much power they need and when they will need it. They’ll also be able to communicate when they have excess power available to upload to the grid.

On the forefront of research into the feasibility of the smart grid on a large scale is the Future Renewable Electric Energy Delivery and Management (FREEDM) Systems Center, established in 2008 by the National Science Foundation and headquartered at North Carolina State University. FREEDM is partnering with universities, industry and national laboratories in 28 states and nine countries to develop technologies they say will “revolutionize the nation’s power grid and speed renewable electric-energy technologies into every home and business.” So far, some 60 utilities, alternative energy startups, electrical equipment manufacturers and other firms have signed onto the new partnership.

One such utility, Colorado-based Xcel Energy, has even begun to put smart grid technology into practice on a trial basis for a small percentage of its customer base. The utility has spent some $100 million outfitting 35,000 homes and businesses in and around the city of Boulder with automation and communications capabilities to enable two-way communication of electricity needs.

Xcel won’t have enough data to assess energy and cost savings until early 2010, but analysts are optimistic that the utility’s costly experiment will reap benefits down the road for consumers, utilities and the environment. Indeed, environmentalists and economists alike have high hopes that widespread implementation of such “intelligent” systems could help usher in a new age of unprecedented energy efficiency, emissions reductions and cost savings around the United States and beyond.