Comic: How “Clean” Can Coal Be

The term may be bandied around a lot, but does the tech work? 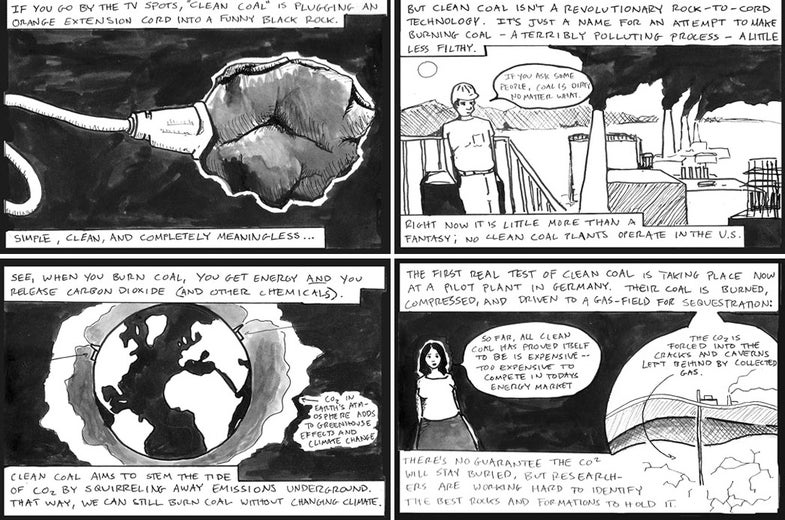 Raise your hand if you’re heard about clean coal. Now keep your hand up if you know what the hell it is. Still up? You’re better off than I was before I started digging into this.

After the jump, a short primer in comic form.

Next: “Right now, it’s little more than a fantasy…”

Next: “Clean coal aims to stem the tide of CO2…”

Next: “At a pilot plant in Germany, the coal is burned, compressed and sequestered…”

Next: “Critics argue even the term is hype…”

Next: See the whole strip on one page.