The Unbearable Lightness for Beings

An environmental study reports that polarized light from surfaces, such as asphalt and glass buildings, is adversely affecting wildlife behavior 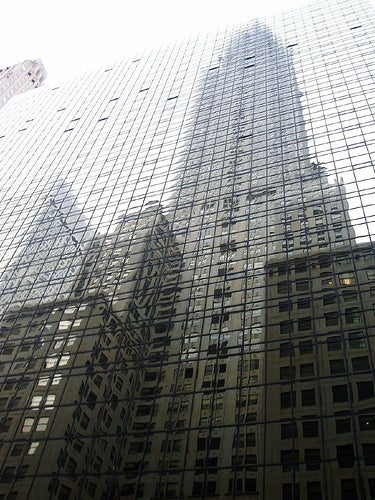 An environmental study reports that polarized light from surfaces, such as asphalt and glass buildings, is adversely affecting wildlife behavior.

Whether natural or artificial, we don’t blink twice when we’re in the presence of light. But to wildlife, the types of light, especially in urban areas, matter a lot. It’s well documented that artificial light, which occurs at night, has adverse effects on wildlife. This month, a team of international researchers added to that list in Frontiers in Ecology and the Environment, reporting that polarized light was causing species to change their behaviors in potentially dangerous ways.

Occurring any time of day, polarized light has light waves in which vibrations occur on a single plane. Some wildlife, such as birds, insects and reptiles, have highly developed polarization vision and use it to detect water—a primary source of naturally-occurring horizontal polarized light because of its smooth flat surface.

However, asphalt, cars and glass windows are among many urban materials with shiny surfaces that create artificial polarized light, and have led wildlife to believe their surfaces are bodies of water. For instance, baby sea turtles, which rely on starlight and moonlight reflected off the surface of water, have been found to head towards brighter buildings and street lamps in urbanized areas instead. Likewise, researchers found stoneflies among other insects nesting on asphalt instead of water.

In the study, researchers also reported that polarized light pollution (PLP) could disrupt entire food webs and marine life. They pointed out that turtles frequently ingest plastic, especially transparent plastic bags, because they confuse the polarized light from them as that from prey.

The team recommended using alternative building materials to alleviate the problem, among other solutions. On a slightly positive note, the team noted that conservationists could take advantage of polarized light, for example, to ward of insect species that destroy trees.