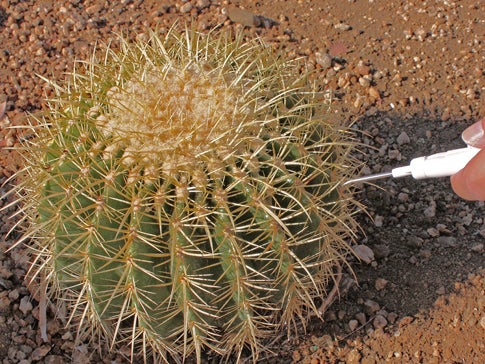 Two thieves could face hundreds of thousands of dollars in fines and possibly years in jail after pulling off one of the highest-profile heists in Arizona history. Their loot: 17 saguaro cacti they uprooted two years ago from Saguaro National Park near Tucson. The 35- to 70-year-old plants each stand five to seven feet tall (saguaros grow to well over 40 feet, but young plants like these are easier to steal) and can fetch $2,000 apiece from landscapers. “We have an active patrol,” says the park’s chief ranger, Bob Love. “But we can’t be every place all the time.” To stop the pillaging, Love and his team will imbed radio-frequency identification tags, like those used to identify pets, in 1,000 cacti throughout the 91,000-acre park. 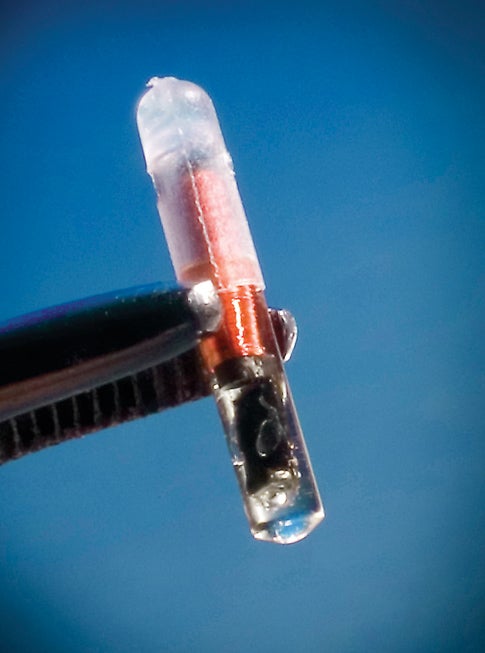 With the tags in place, rangers can scan suspicious cacti in truck beds and at nurseries to make sure they weren’t pilfered. Ideally, Love says, the mere presence of the tags will deter theft. The tech will also make it easier for scientists to keep track of some of the park’s 1.3 million saguaros and record their location, health and growth rate. “The saguaros are an integral part of the Sonoran Desert,” Love says. “They provide habitats for a variety of animals and birds. Losing them is a serious problem.”

He calculates that the tags and scanners will cost the park around $5,000. That might sound like a bargain to city officials implementing a similar system in Palm Desert, California, where thieves have made off with 50 barrel cacti and agave plants in the past six months, a haul worth $20,000. Love still needs to confirm that the chips won’t hurt the saguaros, but he expects to begin tagging plants by the end of the year.