Fear and Greening in Las Vegas 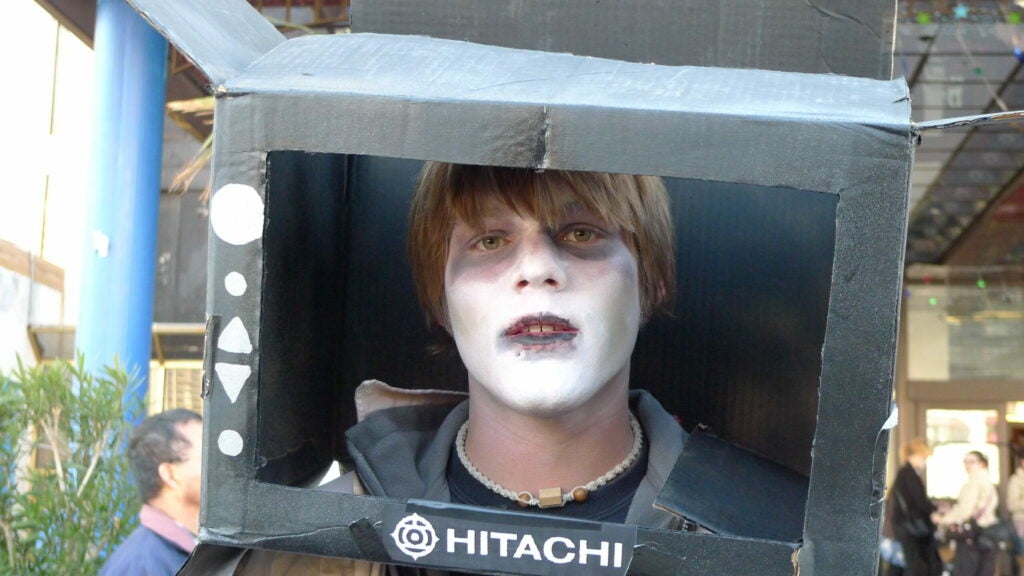 Protests on the Strip

A protester with the Electronic TakeBack Coalition.

Almost one year ago to the day, at a CES where energy-efficient gadgets were touted strictly for how eco-friendly they were and not for their budget-consciousness, three of the industry’s giants announced a joint e-waste recycling venture. In tough times it is not only the extras that go but the things that are deemed not strictly necessary in that we did not have them before and we managed more or less. E-waste recycling could have become one of those things, indeed still might, but at least at this year’s show it looks like the foothold it gained in years past is solid.

The biggest booths all boast sections now devoted not simply to the newest line of greener products, but to the company’s e-waste initiatives. As for last year’s recycling venture, the Electronics Manufacturers Recycling Management Company (formed by Panasonic, Sharp and Toshiba) has shown reasonable growth.

MRM claims more than 280 locations to drop off consumer electronics, at least one in each state. Sony has a similar program; and each company has at least a few of its own initiatives under way. Toshiba’s Green Program pays you to recycle. Ship them your garbage-bound gadget (made by any company) and they’ll pay you the trade-in value. Panasonic recently launched a nationwide program aimed at increasing the number of recycling drop off points across the country. And Sony says they’re aiming for a “pound-for-pound” initiative—one pound recycled for each pound of electronics created (though, no goal date on that one).

The poor economy, all say, has had no effect on the budget allocated to e-waste management programs. “We’ve made a commitment to this,” says Mark Sharp, [a TK] with Panasonic’s Corporate Environmental Department. “We’re not turning back just because times are tight.”

What the recession might affect, paradoxically, is the previously-predicted influx of junked TVs come February. Slacker or luddite analog-TV owners, could have, presumably, used next month’s digital-to-analog broadcast conversion as an excuse to replace an old television, potentially overwhelming recycling centers unprepared for the glut of toxin-laden sets. Instead, it’s likely many more will opt to hang on to the old set a while longer, adding just a set-top converter. This leaves centers in a better spot, though critics still insist more companies should be taking a proactive stance on recycling TVs. At CES, protesters with the Electronics TakeBack Coalition roamed the street dressed liked zombie televisions, speaking out against a slew of companies who have failed to implement adequate television take-back policies in the face of the signal conversion.

At the Toshiba booth, a British spokesperson marveled over the company’s green initiatives: “In Europe there’s government directives, but in the states it’s far more voluntary.” And indeed, it is commendable how the industry has begun to take it upon itself to ensure that its products are less harmful at both ends of life. But perhaps there’s something to be said for “directives”.