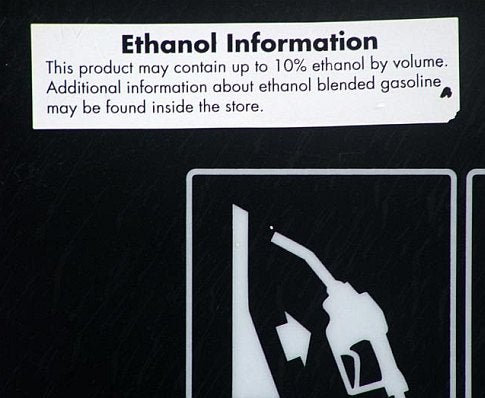 Common sense says that burning a plant you regrow every year is better for the atmosphere than spewing out carbon dioxide that’s been buried underground for eons. But the truth behind biofuels and petroleum often seems to defy common sense. Neither ethanol nor gasoline bubbles out of the ground ready to put in your tank. So to figure out which one does less environmental harm, you have to calculate all the energy that goes into making it.

For years, studies have shown that ethanol is no better—or even worse—for the environment than gasoline. Some studies even claimed that it takes more energy to make a gallon of ethanol than you get from burning it.

But a new federal government-sponsored study released this week says the opposite. The report, entitled Improvements in Life Cycle Energy Efficiency and Greenhouse Gas Emissions of Corn-Ethanol, claims that a gallon of ethanol produces nearly twice as much energy as it consumes, and that switching from gasoline to ethanol cuts greenhouse gas emissions by 54 percent.

Why such different results? Better data, say the study’s authors—researchers from midwestern universities including the University of Nebraska, Iowa State, Michigan State, and the University of Wisconsin. The pessimistic studies were based on old data about crop production and inefficient early ethanol plant designs, they claim.

The making of corn is at least as important as turning it into ethanol. Up to 65 percent of all emissions come from growing and transporting the crop, for items such as tractor fuel, fertilizer and electricity. New hybrids plants produce more corn with less fertilizer.

And new refineries run on efficient natural gas, recycle heat to use in other parts of the plant, and put the waste to crop good use. The scrap from the refineries actually makes nutritious cattle feed. So putting a feedlot right next to a refinery saves the emissions that would go into growing food separately and trucking it in. The best facilities save even more energy by collecting the manure and urine from cows and turning it into methane gas for use in the plant.

Unlike “clean coal” plants that exist only in the minds of their proponents, ultra-efficient ethanol operations are the norm. According to the study, the new facilities account for 60 percent of all U.S. ethanol production today and will produce 75 percent of national supply by the end of the year.