Picture crossing the Antarctic continent in a land vehicle—at the speed of a riding lawn mower. That’s what a team of American and Norwegian scientists are doing in a two-season expedition 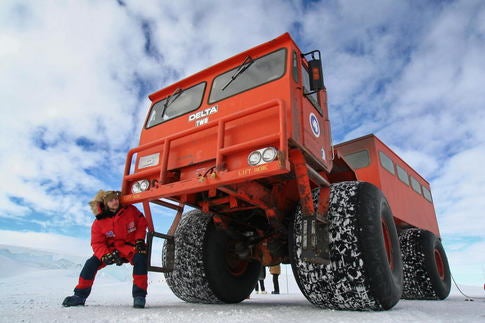 East Antarctica is home to the Earth’s oldest ice and harbors some of the most important information about past and future climate change, yet it is the least explored part of the Antarctic continent. The Norwegian-U.S. Scientific Traverse of Antarctica involves two overland traverses of East Antarctica: one in 2007-2008, and a return traverse via a different route in 2008-2009. The project will revisit sites that were first explored in the 1960s to look for signs of change since then and to set benchmarks for future research in the area.

During the 2007-2008 season, the team set out from Troll, a Norwegian research station in Queen Maud Land, and headed for the South Pole. On the last day of 2007, they reached the most remote place on the Antarctic continent—the Pole of Inaccessibility, where they celebrated the New Year with a champagne toast. But in mid-January, mechanical problems with the vehicles stopped the expedition about 350 kilometers (217 miles) short of the South Pole. After considering all options, the team decided to fly on to the Pole with their research samples, while the vehicles and sleds remained behind at the site they christened “Camp Winter.”

Eight months after the end of the first season, the second team gathered in Christchurch, New Zealand, to prepare for the second season traverse. This time, the team traveled in two groups, with one heading to Camp Winter in early November (2008) to repair the vehicles and then driving in to the South Pole in early December, and the second group testing equipment at McMurdo Station before meeting up with group one at the South Pole. The entire team will then head to Troll, stopping along the way to conduct projects such as unmanned aerial vehicle (UAV) flights and ice core collection.

A major part of the Season 2 traverse will be exploring a series of 150 subglacial lakes that are located near the traverse return route. The lakes are second in size only to Lake Vostok—the largest in Antarctica—and hold clues about ice streams, which play a role in the stability of ice shelves and ice sheets.

Watch PopSci.com in March 2009 for highlights of the Season 2 traverse, and follow the “Expedition Diary” on the web. 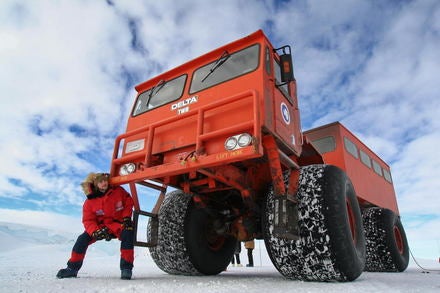 It takes a monster of a land vehicle to cross the Eastern Antarctic. The Norwegian-U.S. Scientific Traverse of Antarctica involves two overland traverses of East Antarctica: one in 2007-2008, and a return traverse via a different route in 2008-2009. Here, a team member works to get one of the shuttles moving. 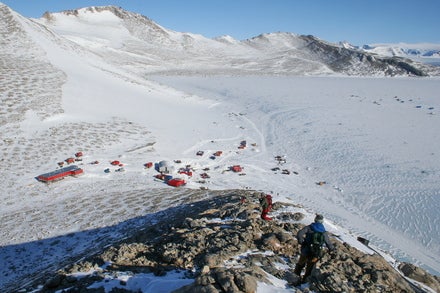 The starting point for the Season 1 traverse was Troll Station, a Norwegian research station in Queen Maud Land, Antarctica. 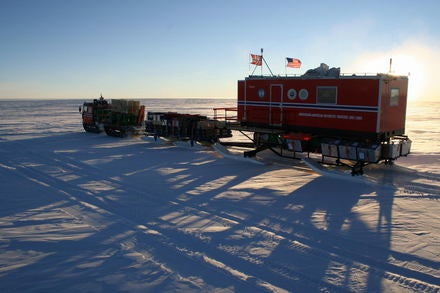 On November 20, 2007, the traverse vehicle “speeds” toward Site 1, where the team stopped for almost two days to fix radar antennas, replace the power supply in the UAVs, and take ice core samples. 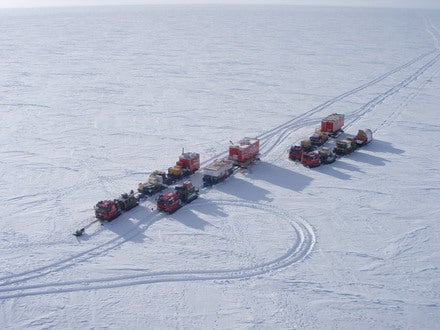 The traverse vehicles sit in caravan style near the inactive Plateau Station on the central Antarctic Plateau. 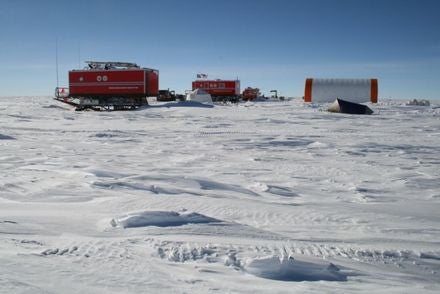 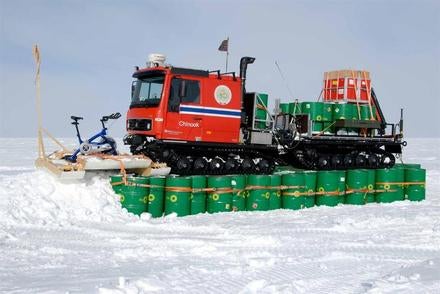 To avoid getting buried in snow drift during the Antarctic winter, the “Chinook” vehicle is placed on top of empty fuel drums in preparation for over-wintering at Camp Winter. The team consulted with meteorologists at the South Pole to determine how best to anchor and secure the equipment, sleds, and modules. 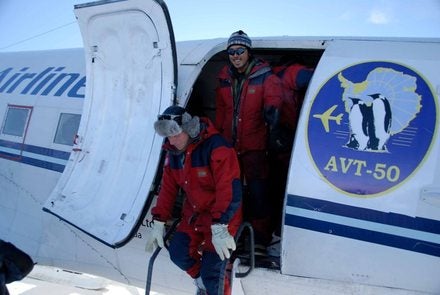 Arrival at the Pole

Exhausted team members arrive at the South Pole on January 21, 2008, after being picked up at “Camp Winter,” where the vehicles had to be left due to maintenance problems. Upon their arrival, the Prime Minister of Norway congratulated the expedition on its achievements and its contributions to climate research. 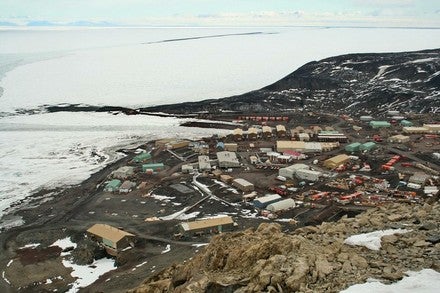 Built on the bare volcanic rock of Hut Point Peninsula on Ross Island, McMurdo Station is the largest Antarctic research station. One of the Season 2 expedition groups tested equipment here before heading on to the South Pole to meet up with the second group. 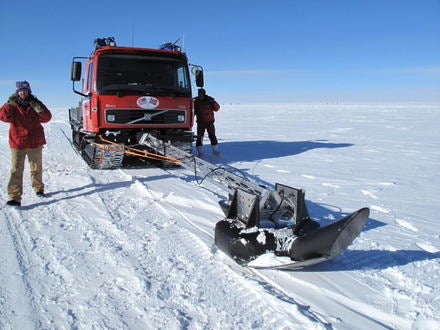 The expedition equipment includes a laser that detects crevasses—deep vertical cracks in the ice that pose potential danger to the expedition. This image shows two team members examining the laser attached to one of the vehicles. 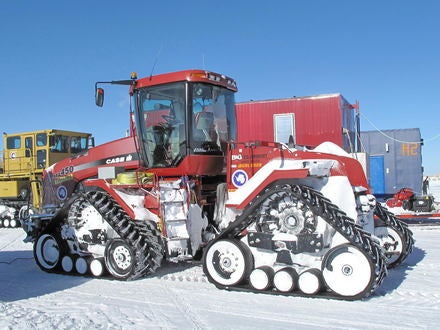 Gigantic sleds and prime mover vehicles make up the McMurdo to South Pole traverse, the route taken by one of the 2008-2009 expedition teams (season 2) that is currently underway. This one is called the Case Equipment “Grouser” and is the largest of the mover vehicles.
antarctic expedition
antarctica
ice
polar exploration