Florida to Make Gas from Trash 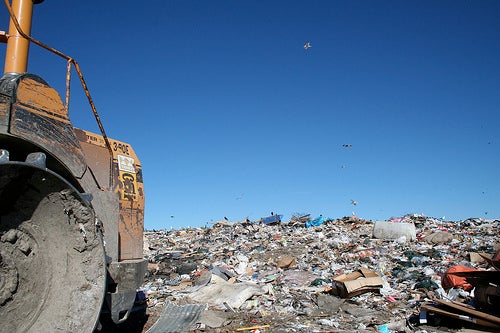 Trash is a stinky topic. With 130 million tons of it hitting landfills annually, it is the nation’s largest human-caused producer of methane gas. And now, residents in Florida’s St. Lucie County are turning that stench to gold. Or at least to gas. The county has paired up with Atlanta-based company Geoplasma to implement a plasma gasification plant. Originally created by NASA 40 years ago (so that spacecrafts could maintain their reentry temperatures), plasma gasification is now a useful waste treatment technology process that uses an electrical arc to break down waste using high temperatures. [Ed note: for a comprehensive background check out last year’s “The Prophet of Garbage”] However, few plants exist in the world, let alone in the U.S.—and most for industrial purposes

That is about to change for those in Florida. Geoplasma is developing a plant for St. Lucie County to vaporize 1,500 tons of trash a day into pressurized gas, which will then use turbines to generate 60MW, enough electricity for 50,000 homes. Although the process uses temperatures of up to 10,000 degrees Fahrenheit, emissions from plasma gasification plants are considerably lower than standard waste incineration plants. Furthermore, nothing in the process goes to waste—inorganic trash, such as metals, condense in the process and can be used for roadbeds and heavy construction, and even the steam from the high temperatures can be used to generate more electricity. The plant is expected to go live by 2011.